A woman in a hijab has been hailed after she was pictured helping the victims of the suspected terror attack in Manchester.

Highprofile solicitor Nazir Afzal said the woman was “far more reflective” of the Muslim community than the attacker, after three people were stabbed at Manchester Victoria station on New Year’s Eve. A suspect was alleged to have shouted Islamist slogans as he was bundled into a police van.

Two commuters, a woman and man in their 50s, as well as a British Transport Police officer, were knifed in the attack. The woman in the hijab was pictured comforting the pair of commuters, with her arm around the female victim. Two other members of the public, as well as two police officers, were also pictured.

Mr Afzal said: “Awful news but Manchester has shown how it responds to those who try to divide us.

“The woman with hijab helping victims is far more reflective of Muslims than the idiot with a knife.

“Wishing a speedy recovery to those harmed.”

Another Twitter user responded: “The woman in the hijab shows the caring side of humanity and reflects well on the reality of the Muslim community. She deserves our thanks.”

Another said: “Reading reports about the Victoria Station attack and got to say the only photo that should go viral is of the Muslim lady wearing a hijab helping the victims. Good people exist. We can’t let the actions of a few taint our view of the many.”

Journalist Jake Simons added: “This woman in the hijab helping the victims of the Manchester attack, as well as all the police and bystanders who jumped in, shows why we will win and they will lose. Makes you proud.”

Police confirmed on Tuesday that they are treating the “frenzied” attack as being terror-related.

A man, 25, was arrested on suspicion of attempted murder. 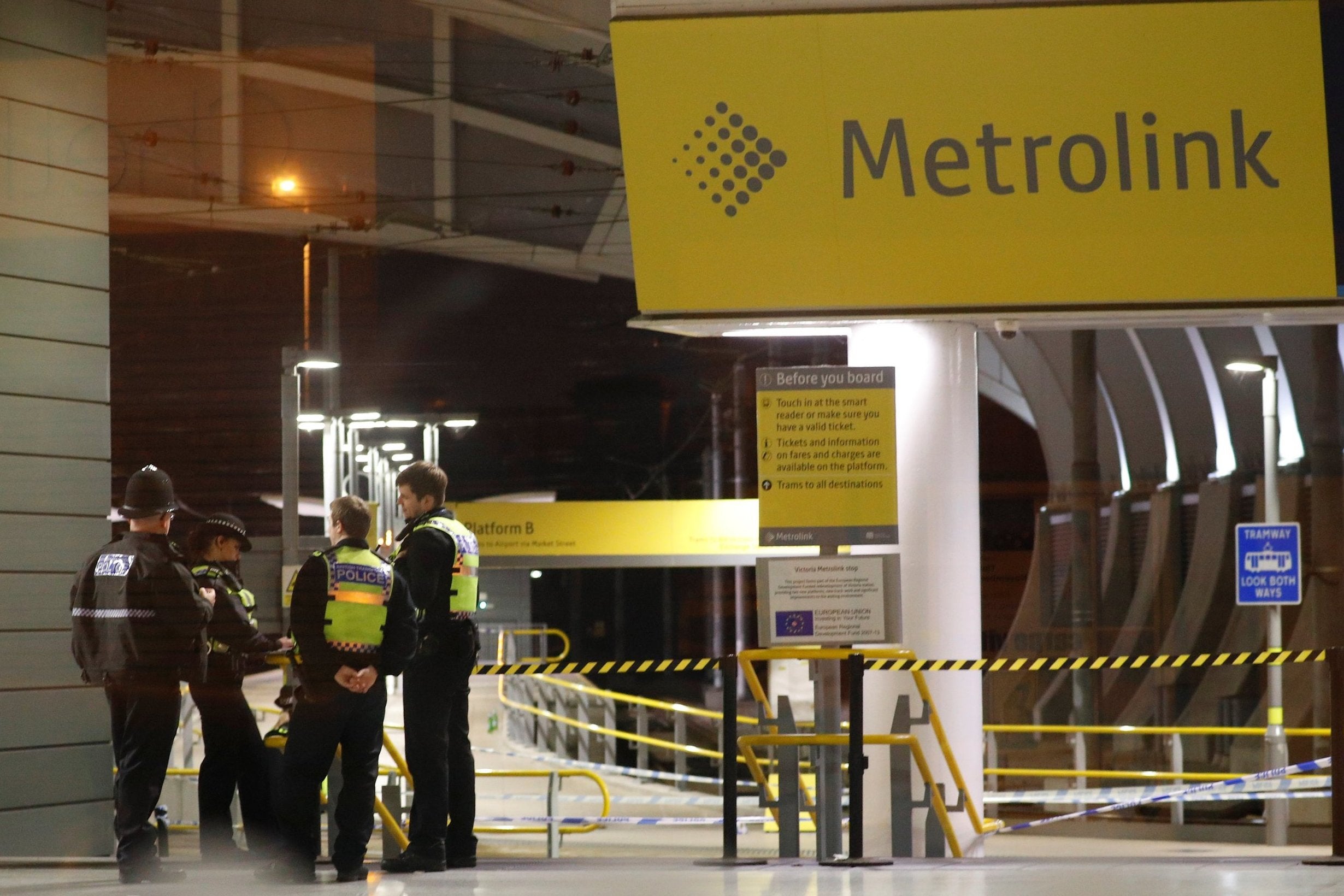 And on Tuesday afternoon, officers raided a newly built semi-detached house in Cheetham Hill, a mile north of the city centre where the attack happened.

Greater Manchester Police is continuing to appeal for video footage of the incident, which happened a short distance from the 2017 Manchester Arena terror attack.