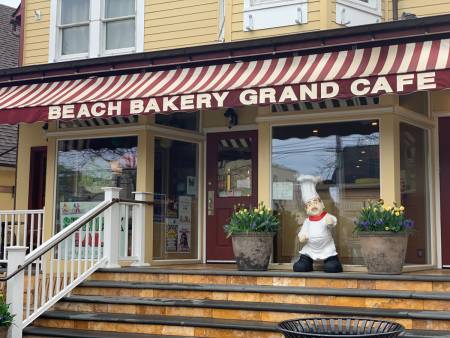 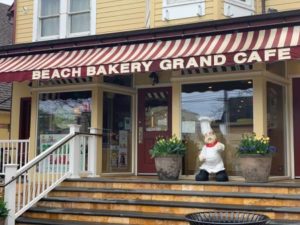 When the Beach Bakery and Grand Cafe went up for sale last year, locals were worried they’d lose the only kosher restaurant in the Hamptons. But the eatery found its savior: Rashid Sulehri, a devout Muslim, is keeping the café kosher—and adding halal food to the menu.

Simon Jorna opened the Beach Bakery and Grand Cafe in 1988 in Westhampton Beach, a small enclave on Long Island’s East End. Though the business was in no danger of failing, he put it up for sale in late 2018—with the proviso that any new owner keep it a bakery and restaurant.

It was up to them to decide whether or not it stayed kosher.

Sulehri, 45, moved to the U.S. from Pakistan in 1995. Though he got his master’s in finance at Oklahoma City University, he received his bachelor’s from Rockland Community College in Suffern, about two hours away from Westhampton.

He was already running successful local restaurants and bakeries when he bought Beach Bakery—including Villa Italian Specialties in East Hampton and the Montauk Bake Shoppe, where, coincidentally, Jorna started his baking career back in the 1980s.

Sulehri also had familiarity with the rules of kashrut: He worked in a kosher supermarket in college and, for several years after, lived in Monsey, New York, known for its large Orthodox community.

Realizing what the bakery meant to Jews in the area, Sulehri insisted on keeping the business kosher—in fact, he said it was the only way he’d buy the place. Adding halal items meant opening the door to the Muslim community, too.

“Being a Muslim, my beliefs are pretty close to the Jewish beliefs when it comes to food,” he told Newsweek. “And we have a very strong Muslim community in the area. Muslims lacked a facility that is halal, so we decided to make both communities very happy.”

Only about 1.4 percent of the town’s year-round residents are Jewish, while 1.3 percent are Muslim. But in the summer months, when tourists from the city flock to the Hamptons, the town’s population of about 1,800 swells to more than 15,000. The bakery is the only kosher establishment in a 75 mile range: Without a dedicated business meeting their dietary needs, observant Jews and Muslims would have to prepare all their meals themselves—sabotaging any hope of a relaxing vacation.

“Now they have a chance to come out and hang out under one roof,” Sulehri says. “The food that’s served here is acceptable to all kind of religions, customers and backgrounds. This has become a very multicultural spot where people can come out, have fun and enjoy the delicious pastries and cakes.”

“You’ll sometimes see a devout Muslim dressed up in his or her garb, sitting next to a Jewish couple where the man’s wearing a kippah,” Schneier told Newsweek. “I often speak of Muslim-Jewish relations of our common faith. But when it comes to our stomachs, we also have a common fate. It’s a very beautiful, feel-good development for the Hamptons, for its Jewish community and for the greater population.”

Schneier said the bakery also reminds Muslims and Jews “how we are the children of God, and how we must treat one another with the justice and compassion that we claim for ourselves.”

Just after Memorial Day, Sulehri was invited to speak to the congregation, the first time he’d stepped inside a synagogue. He told them of his recent hajj, or pilgrimage, to Mecca over Ramadan. Muslims on hajj are expected to bring money for donations, but Sulehri decided to donate funds that came from the Beach Bakery’s profits.

“He wanted it to come from this establishment because it was a demonstration of interfaith and interreligious cooperation, of peaceful coexistence,” said Schneier. “He wanted the profits from the bakery and what it represents to be his charitable offering for Ramadan.”

There are complex rules for a restaurant to be certified kosher. In broad strokes, milk and meat must be kept separate and only certain animals may be eaten—and only if prepared certain ways. For simplicity’s sake, Beach Bakery doesn’t serve meat, only fish and dairy. Ingredients are certified kosher by Rabbi Avraham Bronstein of the Hampton Synagogue, who also oversees all food preparation.

The restrictions for halal food are similar, though alcohol or alcohol-based products are prohibited, including flavor extracts like vanilla. A halal kitchen can have non-halal items, as long as they’re prepared and stored separately.

Since taking over, Sulehri has also added a number of new features, including pre-ordering and an updated catering menu. He says sales have increased by 30 percent. “Though we are doing much better as sales are concerned, it doesn’t look as crowded,” because of catering and takeaway. “The business is running very, very smoothly.”

Yelp reviews are overwhelmingly positive—the fried raspberry croissants are a particular highlight. “What a wonderful example of co-existence,” wrote on reviewer. “If only the rest of the world could see and emulate this.”

Schneier calls the jelly donuts “out of this world” and often orders the grilled tuna. “Rashid has some delicious food there,” says the rabbi. “We’re very, very blessed to have him.”

Nauman Batalvi, a Muslim banker who first went to the Beach Bakery in May for Eid al-Fitr, the end of the Ramadan fast, couldn’t agree more. “It’s awesome. I really love that place. I rarely see that variety in a bakery,” Batalvi, whose been back three times since May, told Newsday. “It’s really good for the Muslim community.”

While the Hamptons is known for its physical beauty, Schneier says the bakery “reminds people that the Hamptons can also be known as a beautiful destination for interfaith cooperation and peaceful coexistence.”