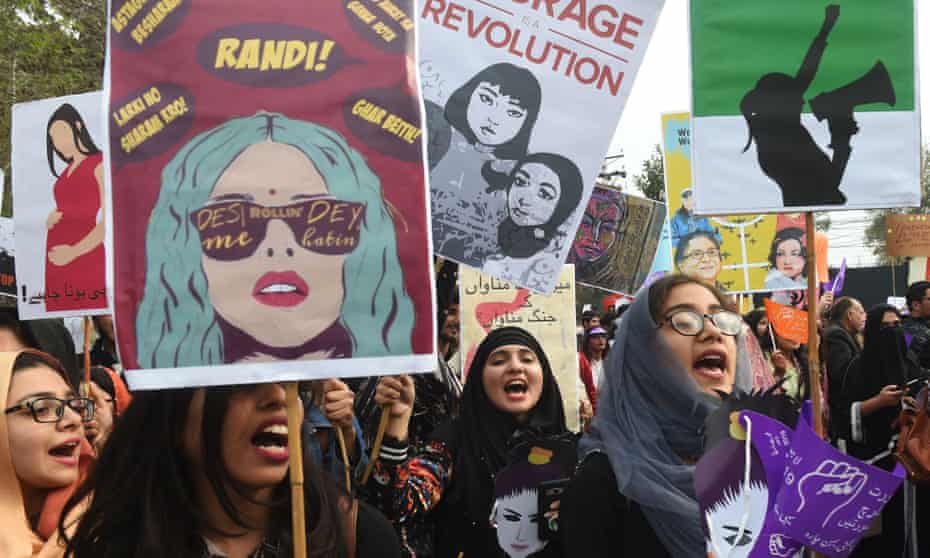 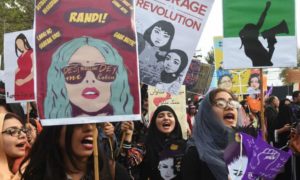 You can find the news about Pakistan’s war on women buried deep inside the metro pages of Urdu newspapers. I stumbled upon it a few years ago. I noticed that I could pick up my newspaper and almost every day find news about a murdered woman. I thought maybe it’s a coincidence, maybe Karachi is a huge city, these things happen. But it went on and on. It became so routine that I could pick up the paper, open the exact same pages, just like you can bet that you’ll find a crossword or letters to the editor, and it was always there.

Names changed, localities changed, the relationship between the murdered and her murderer changed and of course there were minor variations on how she was killed and where the body was found, but it was always there: single column, one and a half inches. Often the woman wasn’t even named: she was someone’s sister or mother of four, or the girl who ran away with her lover or the girl who refused to marry a suitor. Sometimes the news made it to the front page of the metro section but for that the murder had to be particularly gruesome, or the killer had killed himself after killing the woman, or the victim was very young, or the murderer killed the children along with the mother. That last one usually ends up on the front page if it’s a slow news day.

In Pakistan newspapers have holidays. A few days a year no newspaper is published. I picked up the paper after a day’s gap and went to the same pages, hoping that the killers had taken a day off, but instead there were not one but two women murdered, their stories lumped together in the same single column, one- and-a-half-inch display to save space.

In 2016 more than 1,100 women were killed in Pakistan; the year before that more than a thousand. These figures are compiled from police and newspaper reports and we are still working on compiling the last two years’ figures. It’s safe to say that there are many more cases which are not reported to the police or by the newspapers. Since most murders happen within the family, even if the family doesn’t collude in the actual murder, they are usually there to protect the perpetrator.

There are many ways of killing a woman. You can stab them, shoot them, strangle them, drown them, explode the gas stove and make it look like a kitchen accident. Some women do survive because their killers didn’t use enough force or they were just plain lucky. Khadija Siddiqui, a student, survived 27 stabbing wounds in her face and neck. Her ex-boyfriend who had carried out the attack in a very public space was out on bail a few months later. Khadija managed to make it to the front pageof the metro section and even to some TV shows because she had her 27 wounds to show and had the courage to fight off all the threats and shame piled on her.

There are many ways to get away with murdering a woman

There are many ways to get away with murdering a woman. It used to be easier: the killer could claim that it was an honour killing; the woman had brought shame to the family. The police were understanding, judges lenient, and the law itself provided loopholes by calling it murder of passion. You could get away with a couple of years in jail. Or if the killer was influential, (and even within a poor family, the male killer is influential, his life worth a lot more than that of the murdered woman) the victim’s family could forgive the killer. Now laws are a bit more stringent but that hasn’t slowed down the killings.

There are many ways a woman can bring shame to the family. In past years, they have been killed for singing at a wedding, texting a boy, refusing to marry someone and sometimes for taking a selfie.

Given these dreadful numbers and Pakistan’s rating as the sixth most unsafe country for women in the world, you would think there would be an urgent debate on the issue. You would expect parliamentary committees, thinktanks trying to figure out why are we killing so many women. But sadly, it’s not on the national agenda. Whenever there is a debate, and that happens only briefly and only after a very gruesome murder (as happened after the rape and murder of a six-year-old girl last year), the debate usually gets mired in religious dictums, western influences are blamed, and rape and domestic violence statistics are brought up.

Early this year female activists participated in Women’s March on International Women’s Day. The march was marked by lively posters and witty slogans. The ones that riled the men in Pakistan were the ones that poked the patriarchy in the eye through creative jibes. “How do I know where your socks are?” a poster read. Another one advised men to “keep your dick pics to yourself”. And the one that sent custodians of our honour into fits of fury claimed: “My body, my consent.”

Overnight it seemed that the problem in Pakistan wasn’t the continuous slaughter of women but a few posters making fun of men’s bad habits. There were threats of rape and murder. One provincial assembly passed a resolution condemning the marchers for propagating vulgarity and western values. Women again had brought shame to the family by saying publicly that they are sick of looking for men’s socks and no dick pics please.

The fury has died down for now but the slow and steady massacre of women is still there on the inner pages of the metro section.

Only last week a woman was beaten up and forced to drink acid by her husband after a domestic dispute. She survived and failed to make it to the front pages.

… we have a small favour to ask. More people are reading and supporting our independent, investigative reporting than ever before. And unlike many news organisations, we have chosen an approach that allows us to keep our journalism accessible to all, regardless of where they live or what they can afford.

The Guardian is editorially independent, meaning we set our own agenda. Our journalism is free from commercial bias and not influenced by billionaire owners, politicians or shareholders. No one edits our editor. No one steers our opinion. This is important as it enables us to give a voice to those less heard, challenge the powerful and hold them to account. It’s what makes us different to so many others in the media, at a time when factual, honest reporting is critical.

Every contribution we receive from readers like you, big or small, goes directly into funding our journalism. This support enables us to keep working as we do – but we must maintain and build on it for every year to come.