Home Crime Why I am not a Jama’ati, explains a Kashmiri writer, Aarif Qadir 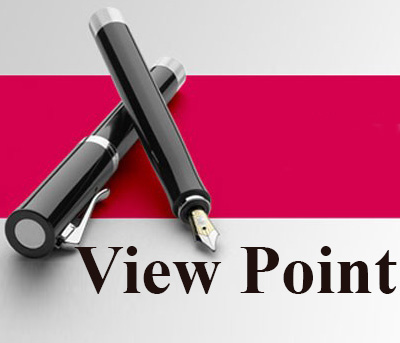 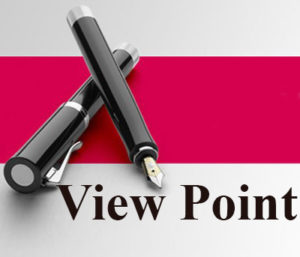 Doubt is the foundation of belief. Isn’t it ridiculous when someone tags you hypocrite just because you questioned something. Many occasions, you are confused about the concept of religion, the obvious ambiguity therein. Doubt, in fact, is a well-raised child of reason we are all bestowed with. So there is no case of getting nothing of it when you have got a brain.

The above lines would act as the disclaimer I generally make before attempting any tempting topic. Today I am going to write about Jamaat-e-Islami in general. To add to the disclaimer, I deem myself as a confused child amidst a huge variety of toys trying to choose one, when I look at all the Jamaats, Jamiats, groups and associations calling you to join them.

Unfortunately, as one of my colleagues puts it, “…..they call you not towards the Islam but towards the Jamaat they are in.”

Every one of them claim their group to be a no sect but the real Islam but end up making hundreds of them. If you are a Muslim, you need to clear air about your sect. Are you a fanatic or hypocrite? A Sunni or a Shite? A Tableeghi or a Jamaati? A Barelvi or a Salafi?

Though majority of the Jamaats shield their intimidation under the outwardly affection, we have seen them working with the cryptic prejudice towards each other. They keep on criticising others and giving clean-chit to their own outfit.

The story is, they keep the 95 percent of Islamic thought under carpet and bring forth the five percent of it to fight each other which is highly deplorable. Had we united over that 95 percent we could have easily sorted out a solution and reached to consensus on the other five percent.

Before moving to the topic formally, I consider it important to write about the plausible origin of these Jamaats. The sayings of Prophet ?used as the base-ground for establishing all the Jamaats is: “If three persons set out on a journey, they should appoint one of them their leader.”

In this context, no one can justify the making of Jamaats considering the fact that none of them has covered all the Muslims. Each one covers a chunk of Muslim population. Interestingly, the membership of almost all the Jamaats is increasing temporally, with no one ready to subscribe to the functioning of other, as Islam is heading to become the largest followed way of life globally by 2070.

Coming to Jamaat-e-Islami (JeI), I would request the readers, especially my brethren in JeI to pardon me if I am wrong on any of the facts. I once again make it clear that I have not been the member of any of such associations and have never aspired to glue to anyone in near future. I just have some queries and confusions regarding JeI which need to be cleared. There is no ill-will or grudges. In fact, I think I may have known a lot about JeI but simultaneously, I think there may be much to understand as to my belief, understanding is more important than the knowledge. I hope someone gets up and comes up with a reply which, not necessarily, is the approval of the concerns raised by me but is a firm incarnation of truth.

I am often confused why we have JeI Pakistan, JeI Bangladesh, JeI Hind and JeI for almost all the nations we have. This is not the end. When you get into a nation, for instance India, you would find JeI Jammu Kashmir, JeI Kerala and so on.

Isn’t it a manifestation of nationalism or regionalism?

Why would be Muslims discriminated on the basis of regions and boundaries. Someone may try to clear it saying it is to make them more organised (Munazzam) which can’t be accepted as an argument as we can’t really compare the organisation of the contemporary Jamaats to that in Prophet Muhammad (SAW) era. I have found that the real cause may be to address the regional political issues, which is again debatable.

Islamic constitution is unchangeable and resistant to any amendment. Surprisingly, you may find some amendments at the footnote of the constitutional document present on their website.

Isn’t it a personality cult?

We have seen a number of people being ousted from the Jamaat just because they dissented with Allama Maududi, the revered. Jamaat-e-Islami initiated a purge to remove those who disagreed with Maududi or his teachings. Same reasons were held responsible for the expulsion of Dr Asrar and Hurriyat (G) Chairman, Syed Ali Geelani.

Can we assume there is no scope for freedom of expression or dissent in Islam? If not, how can we consider JeI to be the representative of Islam?

Hasn’t the Jamaat resorted to violence in the past?

They say when you are in search of truth about the two parties confronting each other, don’t listen to them. Instead listen to a third person. That is what I did to learn the truth about the atrocities of Bangladesh war.

A neutral source reveals how the Pakistani army and JeI led a homicide of Bengali intellectuals, killing them brutally. In November 2011, JeI leaders joined the banned Jamaat-ud-Dawa and Jaish-e-Mohammad, to stage demonstrations against the government’s decision, largely supported by the Pakistani business community, to lower trade barriers with India by granting it Most Favoured Nation (MFN) status.

Does Islamic constitution give them the authority to do so?

The Meesaq-e Madina (a treaty with the Jews) and Treaty of Hudhaibya (a peace-treaty with Quraish) teaches us to follow the way of peace not confrontation. Co-existence is the better option than the forceful imposition. Aren’t they hiding the 140 Quranic verses which talk of tolerance and bring forth the 70 verses stressing on Jihad to rouse the feelings of youth?

Didn’t the JeI derail the peace-dialogue between India and Pakistan and put an end to the possible solution to Kashmir issue? In 1999, when Nawaz Sharif and Vajpayee were engaged with peace-talks in Lahore, JeI leaders protested on streets to derail the peace-process escalating the tension between two nuclear powers and bringing them so close to the nuclear war. It also ended the US-intervention in the K-issue which is seen as a setback. Now they are pleading for America’s meddling again after spoiling it early on.

Why do Jamaat leaders prohibit the masses not to take part in elections when they have contested election in past? Does it mean we, the people need to vote only when the leaders of Jamaat are in the fray? The book “If I am Assassinated” vilifies Maulana Maududi. Bhutto writes about his speech which he gave while facing the portrait of Quaid-e Azam, “While you struggled for the glory of Islam and the restoration of the Muslim’s pride, they vilified you most who claimed to be concerned with the fate of Islam and of the Muslims of this region. I know they honour you today. I know they now write letters to newspapers containing eulogies to your character and personality. But, in your own lifetime, when you were in the midst of your struggle, when – as you said once in Lahore – you were running your blood into water, what did they say? What did those ‘Maulanas’ and ‘Moulvis’ of whom you spoke in public do? Did they hesitate from an attack on your faith? You did not carry your faith in Islam with you for display: You carried it in the innermost recesses of your heart. One vile – tongued person called you Kafir-i-Azam”.

I honour Maulana Maududi as an Islamic scholar and he deserves it. But little I understand why he called Quaid-e Azam a “Kafir”. The nation, the very foundation of democratic Pakistan was severely criticised by the Jamaat. But why are they contesting elections as an active party in Pakistan?

Why don’t you tolerate others? When Barelwi celebrate Maulid, you criticise them covertly saying, “No specific day needs to be kept for this. We should celebrate it every day.” Celebrating any day is a biddah in Islam. I ask you have come up with innovations like “Haftay Haya, Haftay Ehtiram, Yaum-e Falani and Haftay Falani?”

We should respect others and be modest every day. What is the requirement for you to do what you prohibit others?

Can’t we be Muslims if we don’t join any Jamaat? Muslims all over the world comprise a Jamaat – an Islamic Jamaat. We don’t know boundaries. Our nation encompasses all the limitations. Can we ever unite? Can we give up those names viz Tanzeem-e Islami, Jamaat-e Islami, Tableeghi Jamaat, Salafis and settle under one umbrella – the Islam? Can we ever get out of the internal conflicts? Why do we let the five percent of differences to take toll on our 95 percent of ideas we share? Someone needs to answer.

We have our own views so we have a right to differ with others and project our viewpoint. Similarly, we extend this right to others who think that we are mistaken and project their viewpoint, now it is for the reader to judge who has read different point of views to see rather. We have been fair in our exposition and criticism or those who have opposed us have been honest and rational in their reaction.