Home CRITICLES Why Pakistan is so afraid to even hear what Dogras and KPs...

It is only in London that all the real and fake stakeholders of the complex conundrum that Jammu & Kashmir is come face to face.

At this awkward crossroads, some of them stand together, like the Dogras and the Kashmiri Pandits, one fighting to be heard and seen, the other searching a way back home, both minorities in their own home state.

Then there is the curious relationship between the Dogras from Jammu and the ethnically similar diaspora from Pakistan Occupied Jammu & Kashmir (POJK), who do have not much common in ideology, the former being fiercely proud of their Indian nationality, the latter aspiring for the pre-1947 Riyasat-e-Jammu-Kashmir.

Since POJK includes parts of Jammu under illegal Pakistani occupation, these two groups are bound by shared history, culture and language.

The Dogras from Jammu and POJK-ians recognise Maharaja Gulab Singh as the founder of the state of Jammu & Kashmir and admire Maharaja Hari Singh for his progressive rule, even through the most tumultuous times in the state — the love and respect both these groups have for the Dogra dynasty results in grudging mutual respect for each other. United by history: The Dogras from Jammu and the POJK-ians both admire Maharaja Hari Singh for his progressive rule. (Photo: PIB)

These communities living side by side in Britain have one common enemy though — the Pakistani state, which continues to meddle in the affairs of Jammu & Kashmir, and is relentless in its design to derail peace and development in the region. Pakistan, for the last seventy years, starting from the tribal invasion of 22 October 1947, has fought a war — both real and proxy — with India over Jammu & Kashmir.

It is in reality waging a war against the people of Jammu & Kashmir.

All people from J&K are a victim of Pakistani-state sponsored terrorism. Pakistan has been sending terrorists into Jammu & Kashmir on the one hand, and aiding and abetting radicalisation in the Valley on the other.

The drama of ‘solidarity’ with Kashmiris is just that — a drama.

The fake solidarity Pakistan professes for Kashmir on February 5, a day it has declared Kashmir Solidarity Day, is another tool for its radicalisation program. Pakistan’s stooges in the Valley — from the Hurriyat to some political leaders of regional parties — pick on it to demonise India and to make Pakistan a partner in the discussion on Jammu & Kashmir. In the process, they make all the real voices and stakeholders of J&K irrelevant.

In the battle of narratives that Kashmir has become, the ISI-dictated Pakistani media — which blacks out protests in its own country — plays the Kashmir Solidarity Event in London on repeat. It is aimed to feed the malicious agenda in Kashmir and sell a false narrative on J&K globally. The ISI-dictated Pakistani media blacks out POK protests in its own country — but highlights state propaganda against India. (Photo: ANI)

The duplicity of Pakistan is called out best by the people of POJK.

The Kashmir Solidarity event held at the British House of Commons on February 4, 2019, saw the delegation from POJK, including former Councillor Ghulam Hussain, being unceremoniously thrown out under the garb of being a ‘security threat’. Reportedly, the Member of Parliament from Burnley, Julie Cooper, protested against this, saying it was against British democratic norms and walked out with the delegation in solidarity.

Pakistan followed it with what it does best — lying. They called these Kashmiris “Indian agents” who were there to disrupt the conference which was being attended by the foreign minister of Pakistan and the President of Pakistan Occupied Jammu & Kashmir (POJK).

Undoubtedly, the Kashmiris thrown out would have challenged the lies being told there by the Pakistanis and pro-Pakistan leaders.

If the Kashmiris from Pakistan Occupied Jammu & Kashmir did not stand a chance, there was no way the Dogras and Kashmiris from J&K, who stood outside the British Parliament protesting, would have been allowed inside. The Indian media was also barred from attending this event.

So much for Pakistani tolerance and love for the freedom of all Kashmiris.

The Pakistan-sponsored event at the House of Commons was followed by the Kashmir Solidarity Rally on February 5 at Downing Street. Pakistani-backed newspapers in the Valley reported this as Pakistan’s support for Kashmiris in London — but they chose to ignore the protests against the Pakistanis and their fake ‘solidarity’ events by Dogras and Kashmiris from both J&K and POJK. 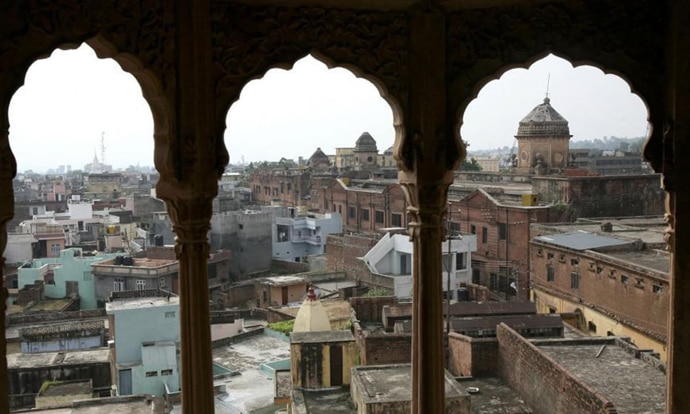 Once, when the view was glorious: A glimpse from the Mubarakh Mandi Palace in Jammu. (Photo: Reuters)

The Dogras from Jammu and the Kashmiri Pandits, along with the wider Indian diaspora in London, wrote to their local MPs, reiterating that Jammu & Kashmir is an integral and constitutional part of India and highlighted the proxy war being waged by Pakistan in J&K, which has seen the persecution of minorities and the exile of Kashmiri Hindus.

They raised the issue of Pakistan-funded radicalisation programs in the Valley and the fact that Pakistan actively sends terrorists into the state. The unprovoked ceasefire violations all along the IB and LOC in Jammu region was also an issue they brought attention to.

The concern for human rights of Kashmiris claimed by Pakistan took a severe beating when the protesting POJK delegation raised banners, demanding abolishing of terrorist charges against human rights activists in Gilgit Baltistan. Politically seeking a pre-1947 Riyasat, they looked into the eyes of the large Pakistani gathering who had been fed Kashmiri tea and a hot meal, and shouted slogans of “Yeh jo dehshatgardi hai, iske peechay vardi hai“ and “ISI ke pyaaron ko ek dhakka aur do”.

In the evening, more POJKians gathered at the hotel where a conference was being held by the Pakistanis.

Carrying banners, they asked Pakistan to stop sending terrorists into Jammu & Kashmir. They demanded that Pakistan must stop spending POJK’s resources, and should open up the Skardu-Kargil road. A strong demand for the release and better treatment of political prisoners in POJK, like Baba Jan, was also made. 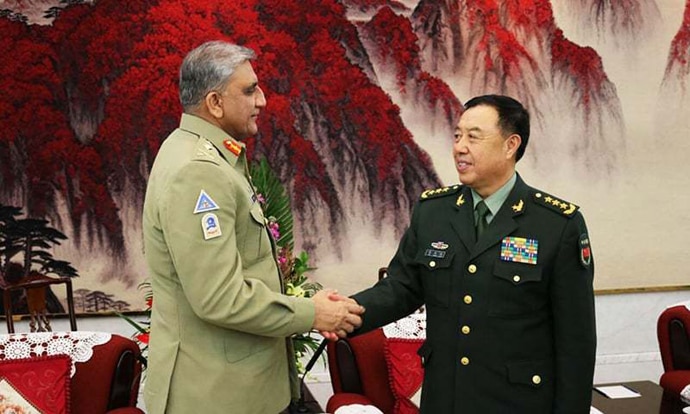 Despite claiming to fight for an ‘Azad Kashmir’, Pakistan has reportedly sold J&K territories it illegally occupies to China. (Photo: ISPR)

Between all these groups, it is clear that the ‘solidarity’ Pakistan was showing was only to itself and to its jihadi agenda for Kashmir.

It has reportedly already sold territories of J&K it illegally occupies to China.

Pakistan is an exporter of terror and its minorities, Shias, Ahmadis, Hindus in Sindh, Pathans in FATA, Balochis, and POJKians, are suffering gross human rights violations.

Despite all this, the impunity with which Pakistan continues to make attacks on the territorial integrity of India at international forums is shocking but not new.

There is a need however for a sterner message to be sent to the UK government by India. India is one of the world’s fastest-growing economies and in the backdrop of Brexit, a thriving Indo-UK relationship is critical for the UK.

This, coupled with the times we are living in, when the war against terror is a global call, means the UK cannot be entertaining states like Pakistan which harbour terrorists and fund terrorism in its neighbouring countries.

The unfortunate series of events of February 4 and 5 in London, and the UK government’s silence over this, has made it look helpless and weak in its fight against terror. They cannot be harbouring snakes on their soil — for, without doubt, they will come back to bite them too.