Home OPINION Why Pakistan will not give up terrorism 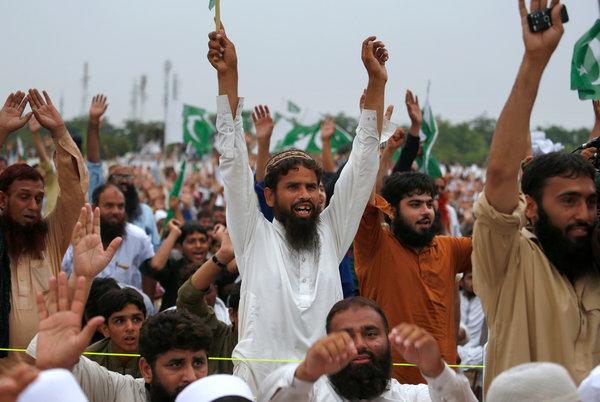 Nikki Haley, US ambassador to the United Nations, recently said that Pakistan continued to harbor terrorists that kill American soldiers, and Washington should not give Islamabad even one dollar until it addresses the issue. She also said that foreign aid as leverage should not be given blindly and then expect goodwill, adding, “You have to ask for goodwill and then give it when you see good things happen.”

Last January, US President Donald Trump said, “The United States has foolishly given Pakistan more than $33 billion in aid over the last 15 years, and they have given us nothing but lies and deceit, thinking of our leaders as fools. They give safe haven to the terrorists we hunt in Afghanistan, with little help. No more!”

And indeed, in September the US canceled $300 million in military aid to Pakistan for not doing enough against terror groups active on its soil.

He denied there were terror sanctuaries in Pakistan but 2.7 million Afghan refugees. “If there are a few hundred, maybe 2,000 to 3,000 Taliban who move into Pakistan, they could easily move into these Afghan refugee camps.”

He said Pakistan would try to pressure the Taliban for reconciliation; al-Qaeda was in Afghanistan with no Pakistani involved, yet Pakistan participated in the US “war on terror” with 80,000 killed and a $150 billion economic loss. Pakistan doesn’t want the US to leave Afghanistan in a hurry like in 1989, but wants a proper relationship with the US, like the Pakistan-China trade relationship.

Yet Pakistan’s double game has been pointed out by successive US administrations over the past several years, as also by US and NATO military commanders. Haqqanis, who are part of al-Qaeda, have been running mafia-like networks in Islamabad and elsewhere in Pakistan for the past 30 years, and also visit military establishments.

Imran Khan’s assertions are a pack of lies, which comes as no surprise since he follows the army’ s line. It is well documented that when the US invaded Afghanistan, a weak army division of Pakistani regulars with some 9,000 Pakistani Taliban were permitted to be air-evacuated by the US from Kunduz and Khost in Afghanistan on the request of then Pakistani leader Pervez Musharraf. Pakistan brought along hundreds of Afghan Taliban for training and used them as proxies.

Similarly, Afghan refugees in Pakistan numbered 1.4 million as of October, not 2.7 million as quoted by Khan.

Pakistan has been saying that it is trying to pressure the Taliban into reconciliation since formation of the Quadrilateral Coordination Group in 2015 but instead has been supporting and arming Taliban to expand its influence.

In the words of American author Robert Kaplan in his 2012 book The Revenge of Geography, “An Afghanistan that falls to Taliban sway threatens to create a succession of radicalized Islamic societies from the Indian-Pakistani border to Central Asia. This would be, in effect, a greater Pakistan, giving Pakistan’s Inter-Services Intelligence the ability to create a clandestine empire composed of the likes of [Haqqanis] … and the Lashkar-e-Taiba.”

Imran Khan’s statement that “Pakistan doesn’t want the US to leave Afghanistan in a hurry” is indeed questionable, since both Pakistan and China want an early US exit and takeover by the Taliban.

Conflict with Afghanistan and India enables the military’s continued hold over Pakistan, including power and money. In fact, conspiracy theorists are of the opinion that the attack on Peshawar Army School that killed 141, including 132 children, was a false-flag mission, which if true highlights the extent of the Inter-Services Intelligence (ISI) subterfuge against its own population.

Pakistan is aware that the US is dependent on moving logistics via Pakistan to sustain its troops in Afghanistan. The ISI has been using Taliban to attack US supply convoys. Yet the US keeps hoping Pakistan will help bring the Taliban to the negotiating table.

Trump’s recent letter to Imran Khan on the issue despite stopping aid to Pakistan is indicative of this. China, on the other hand, may not be giving more loans to Pakistan but will give every other support, investments included, to safeguard its strategic and economic interests in Afghanistan and Pakistan. Khan’s recent visit to and interactions with Saudi Arabia resulted in Pakistan lifting the ban on terrorist groups like Lashkar-e-Taiba and Jaish-e-Mohammad.

As far as relations with Indi stand, Khan says Pakistan wants talks with India, but it has not stopped sponsoring terrorism in Jammu and Kashmir. Ceasefire violations are continuing.

History is witness to the fact that the relationship between narcotics and terrorism runs deep and Punjab has been a victim of it. India didn’t give much thought to a visa-free corridor into Punjab in the heat of approaching general elections but the dangers of the corridor being exploited by the ISI is enormous.

The military calls the shots in Pakistan, not Imran Khan. His predecessor Nawaz Sharif wanted Pakistani perpetrators of the 2008 Mumbai terrorist attacks proceeded against, which earned him the military’s ire. But given the issues discussed above, why would Pakistan give up terrorism?