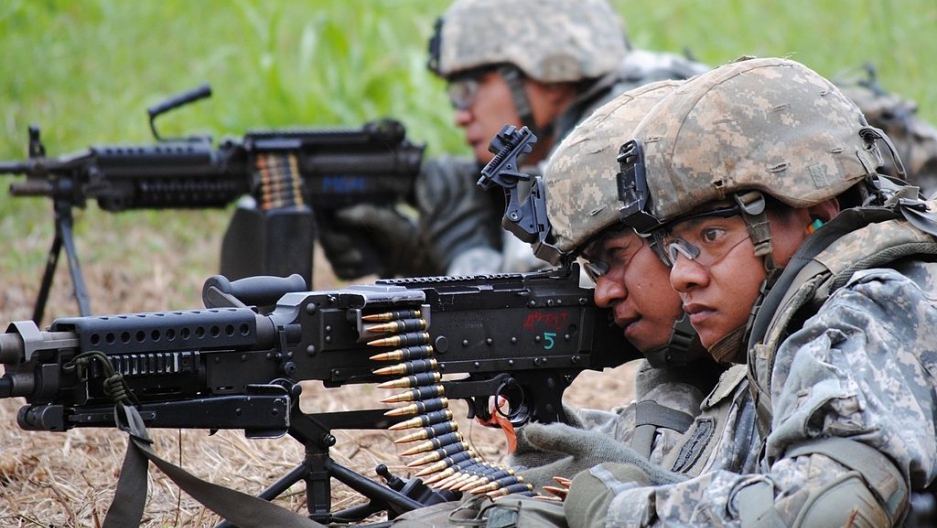 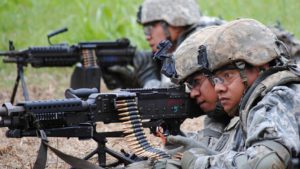 On the eve of the 70th Republic Day, President Ram Nath Kovind, in his address to the nation had urged all Indians to cast their vote as a “sacred act”, adding that our country is at a key juncture and “decisions and actions of today will shape the India of the remainder of the 21st Century”. The irony is that the President is also the Commander-in-Chief of the Indian Armed Forces, but most serving military personnel do not vote!

Sadly, Indian democracy has failed to provide military personnel a proper methodology for casting their votes.

Consequently, the 1.4 million armed forces personnel and their approximately one million adult family members who reside in their place of posting in peace stations across the country are unable to cast their votes in any election! The postal ballot and proxy voting that are applicable for them have too many drawbacks. The system fails to recognize the spirit of the Constitution and the Representation of the People Act 1951 (RP Act) and needs to be scrapped.

The RP Act was enacted on January 25, 1951 and on this day, India adopted ‘universal adult suffrage’. However, the Indian Military is largely denied voting rights by both the autonomous Election Commission (EC) and the government. This has been done by evolving a new category called ‘service voters’, in lieu of ‘ordinary residents’, thus making it impractical to cast an effective vote. The result is that only a minuscule number of serving military personnel vote and even these small numbers of votes rarely reach in time for the counting! How incongruous and what a blot on the democratic ethos of the country!

Although India boasts of the third/fourth largest military in the world, serving personnel in uniform either do not vote, or the small number who do vote under the present peculiar dispensation do so knowing that their votes will either not reach in time or may not go to the candidate of their choice, as options available to a serving military voter do not really work.

The EC has given the ‘service voter’ three options to cast his vote.

First, by physically going to his constituency and casting his vote, which is obviously a no-go as no commanding officer will be in a position to give leave of absence to the bulk of his command at any one time and no auditor will reimburse such moves!

Second, cast vote by Postal Ballot and hope it reaches within the very tight time frame available to a voter, from the time all candidates in the fray are finally decided, he prepares his ballot, gets it countersigned by the appropriate authority and sends it after observing all the formalities, with no guarantee that it will reach its destination in time to be counted.

Postal Ballots were designed for service personnel posted overseas in World War II. Unfortunately, the EC, continued with the concept of Postal Ballots even after Independence in 1947. By then, the Indian Military was stationed within the borders of the country. The only personnel abroad now are the few thousand serving in UN Missions; those posted in our embassies/high commissions; and those undergoing military training abroad. So, why should soldiers, sailors and airmen serving within the borders of India be forced to vote by Postal Ballots?

Third, by Proxy Voting that envisages the soldier first finding out from his village/city as to who all and of which party are in the fray, as his knowledge from his constituency is likely to be nil or at best poor; thereafter requesting someone to cast his vote and then sending him his proxy vote, duly counter-signed by his commanding officer, with a request to cast it. Since time is at a premium, a proxy vote may meet the same fate as the postal ballot. In addition, extraneous factors of caste, creed, religion, unlawful inducements and vote bank pressures may result in the soldier’s vote being cast elsewhere without the knowledge of the soldier.

It would be clear that none of the three options are really workable. They were probably formulated for the following reasons:

Firstly, our political leadership did not give much thought to voting by serving military personnel after Independence. The WW II system of “postal ballots” was continued without realizing its incongruity and the fact that it rarely worked.

Secondly, without any visible push from the political leadership or the military hierarchy, the EC and the bureaucracy were blasé about changing it, although it was their duty to ensure that all eligible adults do take part in the electoral process.

Thirdly, our military hierarchies were so wedded to the word “apolitical”, which was and continues to be an article of faith with the Indian military, that they convinced themselves, naively, that voting by serving personnel would mean that the armed forces had become ‘political’! This was a result of not fully understanding the meaning of being “apolitical”. An individual or a group or an institution gets politicized when they align themselves to either a political leader or a political party and then tow their line. Being aware of political events and/or voting does not make one “political!

Another reason articulated by military hierarchies is that ‘security’ will get diluted, as candidates and political parties will want to enter military installations for canvassing. This again is an excuse dished out without application of mind. Many methodologies are available to overcome these impediments. In any case, now that our venerable Defence Minister has opened all cantonments to the public, where is the problem!

In 1971, the Supreme Court had ruled (AIR 1971 SC 2123) that – ‘service qualification’ cannot take away ‘Right to be registered at place of service, if residing there’. However, EC has failed to evolve a registration system for soldiers at place of service. Despite these lacunae, bold military leaders who understood the importance of serving personnel casting their votes had successfully ensured that personnel under their command were accepted as ‘Ordinary Residents’ and did vote in elections.

Two cases come readily to mind –one in 2008 in Uttar Pradesh and second in 2014 in Punjab. In both cases, voting by serving military personnel in their place of posting went without a hitch. Yet, there has been a clampdown later for no understandable reason.

The major reason why the political parties do not want serving soldiers to vote in their place of posting as ‘Ordinary Residents’ is their strong conviction that their ‘vote bank’ calculations will go awry, as soldiers are an unknown category, which is neither influenced by promises nor by doles and freebies. They vote as per their conscience.

About a decade back, the EC had stated: “In successive elections it has been observed that only a minuscule number of service personnel are registered as voters and only a very small percentage of service voters are able to exercise their franchise on timely receipt of their postal ballots. With reduction of campaigning period to 14 days, the system of voting by postal ballots has become almost impractical for the service voters”. Despite this, no changes have been made!

In 2009, the election commission had again clarified that military personnel could be enrolled as general voters at the place of their posting. However, these clarifications have remained only on paper, as they remain unimplemented!

When a soldier opts for voting in the place of his posting, infirmities highlighted earlier are removed and he has the satisfaction of casting his vote for the candidate he has selected. Administrative problems, like quantum of access to be given to candidates for canvassing, keeping in view security aspects, non-obstruction of training schedules and daily routine of the soldiers and similar related issues are resolvable.

The military authorities can lay down Standard Operating Procedures (SOP’s), in consultation with the local officials of the EC. It may be added that in our cantonments we do have Cantonment Board elections and they are conducted smoothly, without disrupting the routine activities in the station.

Voting in elections is a sacred duty of the entire polity in a democracy and the polity includes all military personnel. We must encourage our soldiers to cast their votes in elections. Voting does not mean that military personnel would become politicized. They will remain as “apolitical” as they were earlier. They would also feel they are in the mainstream of the nation and not aliens who only observe while civilians cast their votes and proudly display the mark on their finger showing they have voted.

Before the General Elections scheduled for 2019, it must be the endeavour of the EC as well as the military hierarchies to ensure that all military personnel as well as the adults in their families are registered as ‘Ordinary Residents’ at places of their posting, so that they can cast their votes like their counterparts in the civvies street.

Let the three Chiefs show the way by immediately registering as ‘ordinary residents’ at place of residence, viz. New Delhi. The rest of the military will follow the lead of their Chiefs.