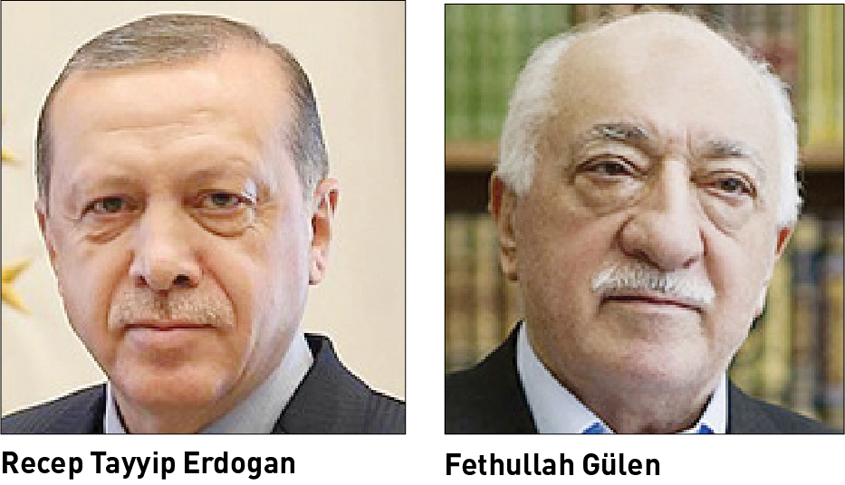 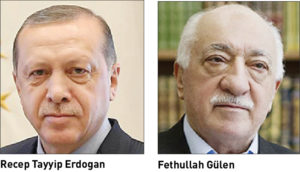 The worsening state of affairs in today’s Turkey is a matter of concern. Only in 2017, 364 women were killed in Turkey. Scores of women—many of them pregnant—were battered, raped, maimed and kidnapped for sexual violence. According to the data from the We Will Stop Femicide Platform, in the last few years, the ratio of women murders has increased more than 200%. By the end of 2017, the torture of women in Turkey exceeded all limits when they were attacked for wearing “un-Islamic” clothing.

An Islamist preacher in Turkey also issued an edict that “there is no need to seek the consent of wife for a man to shave his beard”. On a private religious television channel (Madrasahs TV), a Turkish cleric Murat Bayaral stated on 16 December that men without beard may give rise to “indecent thoughts”. He castigated those Turkish women who did not want their husbands to grow a beard. “Men should grow beards. One of the two body parts that separate men from women is the beard,” Bayaral said. Not only televangelists like Bayaral, even Turkey’s world-renowned religious directorate, Diyanet has issued several online fatwa, replete with misogynistic and male-chauvinistic religious underpinnings. One such fatwa validates talaq or divorce via text messages. Going much against the traditional interpretation of Hanafi jurisprudence, which was widely practised in Turkey, the latest decree by Turkey’s top religious body says: “Divorcing your spouse by saying ‘talaq’ via phone call, letter, SMS, internet and fax are as valid as saying it to their face.” And “If a woman is divorced through written methods such as a text message or letter, she should ensure that the message was sent by her husband.”

Thus, in various nefarious ways, bigotry, discrimination and even violence against women—the weakest section now in Turkish society—has reached incredible proportions. Melis Alphan, a female Turkish columnist wrote in 2017: “Almost 53,000 women are under temporary protection in Turkey for being subject to violence. This year, 350 women on average each month have gone to the police for being subject to violence.”

Not only women, even children face all kinds of violence at home, at schools and in dorms. But worst of all, this wave of torture and terror on women and children is not confined to Turkey alone. It has lit sparks in several other Muslim countries where Turkish men, women and children are seeking to pursue secular and modern education, a good livelihood, a bright future and career. On 12 December, four teachers from Afghan-Turk girls’ high schools disappeared in Kabul. Three of them were Turkish citizens and one of them an Afghan citizen. Ahmad Fawad Haidari, deputy head of the Afghan-Turkish schools in Afghanistan, said these teachers disappeared at 7 am, when they went to the city of Kabul from the Taiemani district, where one of the Afghan-Turkish girls’ schools was active. Tellingly, there are many more detained Turkish teachers and scholars in Afghan jails who are yet to be released. The Afghan-Turkish schools are hoping that the other teachers would also get released soon.

Initially, the school had no information on the fate of these teachers who were in detention of the Afghan National Security Forces. Even the Afghan interior ministry was not reportedly aware of this. However, on 17 December, after a few days’ detention, Afghanistan’s intelligence agency released the four teachers including three Turkish and one Afghan national in Kabul. Jamshid Rasooli, the spokesman of the attorney general’s office said that the teachers of Afghan-Turk schools were released after being held in custody by the intelligence operatives, as reported in Ariana News.

The attorney general’s office has not yet cited the reasons behind the detention. However, it stressed that the released individuals would continue to be under “serious” supervision of the security forces.

The families of the three detained Afghan-Turkish teachers have asserted that the Afghan government’s move against the Afghan-Turk schools is more of a geopolitical appeasement of Turkish President Recep Tayyip Erdogan, rather than a genuine local problem. Thus, it points to a deeper ideological and political crisis which is penetrating the Afghan state at the behest of Turkish President Erdogan. In fact, it is symptomatic of a disturbing, systematic political strike on education in Afghanistan “We are not involved in politics, we are teachers, and the educational institutions should be free of politics,” says Yunus Demirci, the wife of a detained Turkish teacher. Ghulam Sediq, father of another detained teacher Mesud Vardak avers: “We are sure that this is a political issue and our schools have no connection with politics…My son has done nothing wrong. He is a teacher who educates people, why should he be detained?”

It is interesting to note what the Afghan officials maintain: “The move was taken after the security forces were suspicious of them.” Nevertheless, the deputy director of Afghan-Turk schools in Kabul, Ahmad Fawad Haidari rejected the claim outright: “We strongly reject any kind of allegations regarding the insurgent activities within the schools, these schools are here to preserve and strengthen national unity, and have no links with terrorist groups.”  Surprisingly enough, neither the intelligence agency nor the presidential palace commented on the fate of these vulnerable teachers. It remained a silent onlooker even when the Afghan security forces raided a female-oriented educational institution, the Afghan-Turk Female High School in Taimani. Commenting on the video of this incident, many Afghan females have shown their utter amazement at the naivety of the government in its bid to capture the Afghan-Turk teachers.  Notably, Fazal Ahmad Manawi, a member of the school’s parents’ committee maintains that the government wants to hand over the teachers to Turkey’s President who is an archrival of the Turkish scholar, Fethullah Gülen, the founder of Hizmet’s educational, cross-cultural and multi-faith institutions across the world.

Around three months ago, Ankara called on Kabul to close all Afghan-Turkish schools and all such educational centres in Afghanistan linked with the Hizmet movement, declaring it a “terrorist” outfit. However, the government of Afghanistan has not yet responded to this request by the Turkish government.

But while the Afghan leadership has not signed any extradition agreement with the Turkish government to hand over the individuals, such illegal detentions are taking place in Afghanistan. In most cases, the Afghan forces entered the schools and inspected the houses of some teachers in addition to the school buildings. The Afghan National Directorate of Security (NDS) has confirmed the siege and inspection of the Afghan-Turkish schools but did not comment on why the teachers were detained.

Most schools in Afghanistan are supported by the Hizmet movement led by Fethullah Gülen, Turkey’s renowned moderate Muslim scholar who lives in exile in Pennsylvania. Gülen has been living in exile in the US for many years, even before Turkey accused him of being behind the failed coup. Since its inception in Afghanistan, the Hizmet is known for its peace activism, interfaith dialogue and counter-extremism. Operating in the country through educational institutions, interfaith dialogue centres and cultural associations, it is articulating an evolving narrative of peace, pluralism and non-violence based on the spiritual ideas and principles of Gülen’s progressive and dialogic narrative of Sufism, as the author of Gülen’s Dialogic Sufism: A Constructional and Constructive Factor of Dialogue elaborates. According to Haidari, these schools across Afghanistan have more than 8,000 students and in 2017 they won around 170 medals in international educational competitions. He said that the badges included 62 gold medals, 76 silver medals and 32 bronze medals. The Afghan-Turk deputy added that more than 99% of the 663 students attending this year’s graduation school went to college.

Remarkably, Afghanistan’s Ministry of Education is supposedly gratified with the activities of these schools and has previously stated that their fate depended on the decision of the Afghan President. These schools operate in Kabul, Kandahar, Mazar-e-Sharif, Herat and Jalalabad.