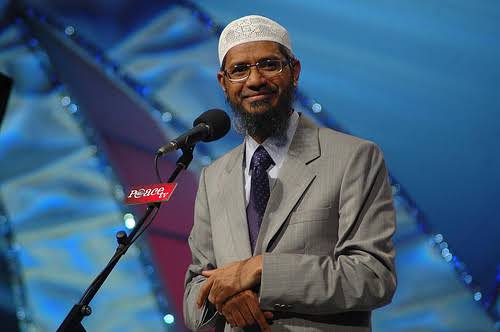 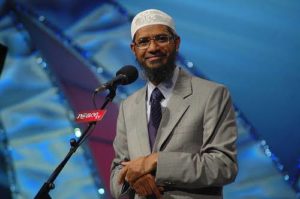 Zakir Naik issue was flagged in an event titled “Misunderstandings of the religious freedom” chaired by Ahmed Shaheed, Special Rapporteur on freedom of religion or belief. The question was posed to him on Naik’s extradition request from India to Malaysia and whether a State can ban preachers like Zakir Naik.
Before SR replied, the writer of this report got a chance to intervene and said:
“Not only the govt of India, a large chunk of civil society including the mainstream Muslim organisations in India, both Sunni-Sufis and Shias, have been opposed to Naik’s extremist preachings which justified OBL, suicide bombings as war tactic, child marriage as below as 9, ban on non-Muslim faiths in Islamic countries etc.”
SR stated that “Malaysia has to abide by the international laws on preachers promoting hate and warmongering against others”. He also highlighted the corruption charges on Naik.
A female imam from Morocco, who was invited as speaker, added to the discussion and said that “mosques affiliated to insurgent groups preach hatred and often lead to the consequent violence against ‘non-believers’.
Upon this, SR said that the “freedom of religion” doesn’t support such preachers and imams involved in direct incitement against gender violence.”
SR referring to the Istanbul Process Meeting,  a platform encouraging security, political, and economic cooperation among Afghanistan and its neighbors, asked Malaysia to comply with the commitment.
Other panelists included:
E. Mania, Professor in the Middle Eastern Studies, Zurich. She supported the SR statement.
Dr. Arban Ramkaj, an imam from Albania. He put up the Albanian model for the moderate Islamic preachers of Religious Tolerance.