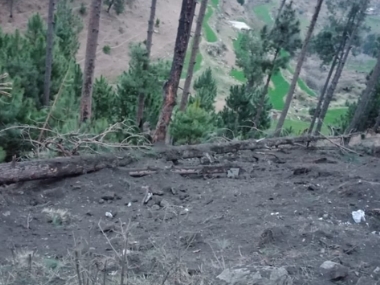 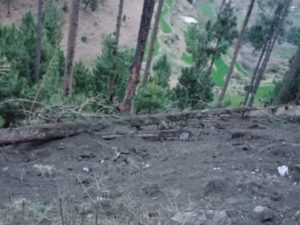 New Delhi: “[W]hat is of supreme importance in war is to attack the enemy’s strategy,” Chinese military thinker Sun Tzu had wrote. On Tuesday night, the Indian Air Force achieved just that. The bombing at Jaish-e-Mohammed terror camps inside Pakistan not only ended the nuclear blackmail, but also isolated the country diplomatically in the international forum. Moreover, India’s extremely subtle response by keeping army officials out of press briefing made Pakistanis scrambling for support and sympathy. None came.

The reactions trickling in from various countries asked both countries to exercise restraint, however, recognised India’s legitimacy to secure itself from terrorist organisations based in Pakistan. Australia, in fact, chided Pakistan, saying it needs to take strict action terror outfits operating there. Australian foreign minister Marise Payne’s statement after the JeM terror camp bombing read: “Pakistan must take urgent and meaningful action against terrorist groups in its territory, including Jaish-e-Mohammed which has claimed responsibility for the 14 February bombing, and Lashkar-e-Taiba. Pakistan must do everything possible to implement its own proscription of Jaish-e-Mohammed. It can no longer allow extremist groups the legal and physical space to operate from its territory”. Minister of External Affairs Sushma Swaraj is expected to address the OIC summit in Abu Dhabi as a ‘Guest of Honour’ on 1 March. American politician American Ellen Tauscher had famously said, “Preemption is the right of any nation in order to preserve its national security, however, preemptive war is a tactic, not a strategy.” India did just that, even though action on the ground was not limited to a preemptive strike. Foreign Secretary Vijay Gokhale had immediately briefed foreign diplomats from the USA, UK, Russia, Australia, Indonesia, Turkey and six ASEAN nations immediately after the Indian air strike and subsequently Swaraj spoke to Secretary of State Michael Pompeo.

She is holding meetings with the Russian and Chinese foreign ministers on Wednesday in at Wuzhen, China, with counter-terrorism on the agenda. India clearly told the world that it has no intention to escalate and its limited operation was a preemptive strike that had become absolutely necessary in the face of imminent danger. Top government sources said India had to adopt a different strategy from the surgical strike in 2016 because this operation deep inside Pakistan territory was executed to achieve the twin issues of putting an end to Pakistan’s nuclear blackmail by targeting terror camps and also isolating Pakistan on the global platform.

“We have not only dismantled a JeM terror camp, but also demolished Pakistan’s position in its global strategy that was upgraded after the Soviet military intervention in Afghanistan and more particularly with advent of the Ronald Reagan administration. The myth that a strong, self-reliant Pakistan was an essential anchor to the entire South-West Asia region has been busted. The world now knows Pakistan is harbouring terrorists,” sources said.

The world knows Pakistan’s deceit. It has been breeding terror groups under the protective cover of nuclear weapons. A 2011 Pakistan Army Green Book, its internal publication with essays by serving defence personnel, had said that a nuclear deterrent had changed the entire spectrum of regional security environment by introducing a ‘balance of terror’ paradigm between India and Pakistan — an important facet to ensure strategic stability in the region. The chapter by Brigadier Muhammad Javed had said, “Nuclear deterrence did work in Kargil where it prevented Indians from escalation beyond Kashmir. Whereas during 2001-2002, Indian coercive diplomacy could never make Pakistan bow down, it prevented India from launching conventional attacks, despite having completed strategic assemblies. This is a clear indication of reliability of nuclear deterrence.”

According to government sources, India’s intelligence-led operation to dismantle a terror camp, which is officially termed as ‘non-military preemptive action’ satisfactorily ended the decade’s long hesitation with a clear message to Pakistan that its treachery will no longer be tolerated. More than 500 JeM recruits were trained every year at the Balakot camp that was targeted by the Indian Air Force and intelligence reports were shared with Pakistan in the past. Sources said Pakistan’s tactic of using terrorists and pretending to be a non-aggressor is clear violation of the Shimla Agreement of 1972 that clearly stated that both countries shall always respect each other’s national unity, territorial integrity, political independence and sovereign equality, but Pakistan failed to act against terrorist outfits.

“It did nothing. Instead, a majority of terrorists groomed by ISI were transported to Jammu and Kashmir with the help of the Pakistan Army and ISI. We never attempted such an operation in the past, not even after 26 November, 2008. It could have been an act of divine justice for our soldiers and civilians. Nevertheless, the decisive and ruthless strike on Tuesday has improved our standing in chasing and killing terrorists planning to harm our nation,” sources said.

Pakistan’s present predicament is its own creation. Its military and proxy adventures against India resulted in harsh lessons to the rulers. The continued support to terror groups may ultimately result in their own downfall and Pakistan’s further disintegration.