Home CRITICLES Karachi & the Jewish heritage: A cultural genocide of the minority 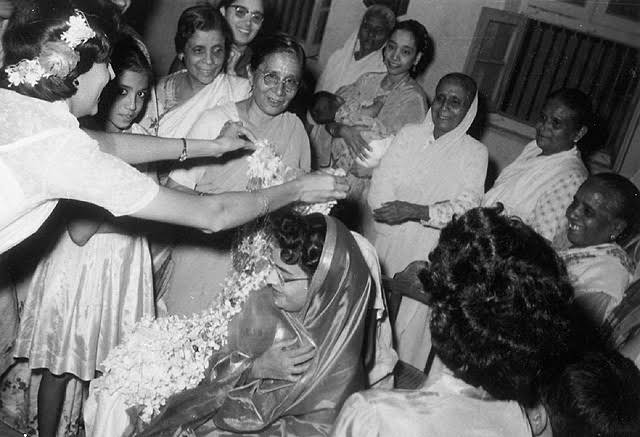 Karachi’s Jewish cemetery is dilapidated and completely in shambles. There are hardly any Jews living in Karachi now. It is neglected and now part of the larger Kutchi Memon graveyard, which has Muslim caretakers.

The Mewashah Graveyard has a dedicated section housing a large number of Jewish graves but due to poor maintenance, these graves are decaying and disappearing. The site is also known as the Bani Israel Graveyard with many graves inscribed with Hebrew calligraphy.

Meher Khatoon, now 90 years of age, is still its most feisty guardian with the day job of a flower-seller at her stall outside the gate. She has been there for over 80 years now. She claims that she came as an underage bride and has been taking care of the Jewish Cemetery and previous burial rituals that were conducted here.
Muhammad Ibrahim, the 62-year-old caretaker of the cemetery, was born in a small room located inside the cemetery. He has spent his entire life there, his parents, have passed, who also lived there and took care of the cemetery.

Funds to maintain the cemetery are very difficult to procure. Ibrahim, the Muslim caretaker of the Jewish cemetery has paid for the maintenance of the construction of the boundary wall around the cemetery. Nearly 500 graves are present at the Jewish Cemetery. Many are broken and nettles and thorns adorn the site.
Mehrunissa, another caretaker is a member of one of the six families that live on the cemetery’s grounds and strongly expresses her indignation towards the Pakistani Government for neglecting the Jewish heritage and the Jewish cemetery.
The land mafia has repeatedly tried to take over the land. “We have repeatedly filed First Investigation Reports with the police about this. We’re the ones who have been safeguarding this place. Why doesn’t the government do anything ?” Implores Mehrunnissa.

The last burial here was in the 1980s.
Some Jewish people were present in the city, according to Ibrahim, but have married within Muslim families or have concealed their identities as either Parsis or Christians to escape the Antisemitism.
There are still Muslims like Meher Khatoon, Muhammed Ibrahim & Mehrunnissa who are towering examples of Jewish Muslim Interfaith Relations. They continue to protect the Jewish Cemetery & honour the Jewish heritage of Karachi. Despite the challenges they face their courage and fortitude is highly commendable.
Karachi you must protect and preserve the Jewish Cemetery !

Life may be in the hands of the Almighty, but the survival of these graves depends on the power of human hands. Resolute, strong pieces of stone art, they live on in majesty. The air here carries images of an ancient brotherhood, of a rarefied culture and of an era that lies slain.