Home Crime Naya Kashmir: What media didn’t tell you about J&K after Article 370... 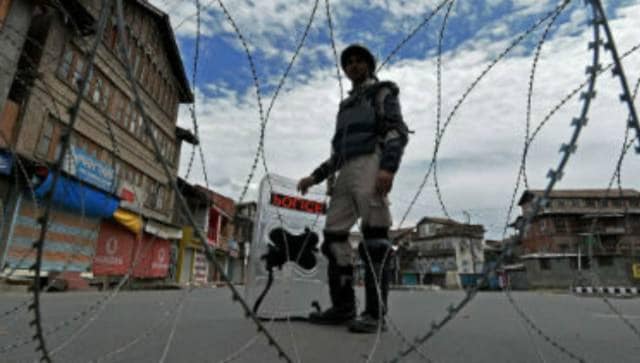 The headlines in the mainstream media on Kashmir in the past year have almost entirely centred on an internet ban, and then the missing 4G connectivity.

For the narrative-setters, the other stuff happening in Kashmir in the past 12 months has been way out of their comfort zone to report. In fact, a nightmare is unfolding for those who made their careers making Jammu and Kashmir burn.

The Union Territory is heading towards normal life with the stride of a patient miraculously cured of a chronic disease. This is despite the undesirable internet bandwidth restrictions in view of severe terror threat from across the border.

The scrapping of Article 370 last year on 5 August caught Pakistan completely off-guard. It felt humiliated, but a direct path of revenge was virtually shut after India’s unpredictable and fierce military responses to the Uri and Pulwama attacks.

So, Pakistan woke up late to start an international diplomatic offensive, which failed with even its big brother China and Arab nations refusing to join.

It then stoked and allegedly funded anti-Citizen Amendment Act protests. The ‘Kashmir under internet blackout’ headlines kept coming internationally and nationally in the mainstream media. Indian agencies and forces could not afford to put their guard down. A seething Pakistan continues to be a top exporter of terror, and use of internet to mobilise violent mobs or orchestrate terror attacks is increasingly common worldwide.

Jan Rydzak, a research scholar at Stanford University, has documented 400 to 450 cases of internet blackouts since 2011 across the work from Russia to South Korea, Venezuela to Sri Lanka.

But in this fixation on reporting the throttling of bandwidth, the media chose to ignore a far more profound change afoot in Jammu and Kashmir in the past 366 days.

Besides restoring the right to property for many Kashmiri women and children, the scrapping of Article 370 and Article 35A in one stroke ended the discrimination against marginalised communities like the Valmikis, Gorkhas, Dalits and LGBTQIA individuals. Now, 170 more Central laws are applicable in the Union Territory.

More than 20,000 West Pakistan refugees have got domicile rights, citizenship, and Rs 5.5 lakh per family. Nearly 10,000 safai karmacharis or sanitation workers are now legitimate domiciles with access to all rights and privileges.

The Jammu and Kashmir government has initiated a rare recruitment drive. Initially, it is filling 10,000 vacancies, with 25,000 more to follow. These include posts of doctors, veterinarians, panchayat accounts assistants as junior posts. The hiring process has been redesigned to give preference to widows, candidates without any family member in the government and a five-year age relaxation to casual workers.

The Union Territory administration has decided to provide reservation to Pahari-speaking people (four percent) and economically weaker sections (10 percent). Reservation, so far available only to people living in villages on the Line of Control, has been extended to those living on the international border, benefiting nearly 70,000 families.

More than three lakh Jammu and Kashmir government employees are now getting benefits under 7th Central Pay Commission such as leave travel, children education allowance and hostel subsidy available to Central government employees. The state’s police, pivotal in the fight against terror and separatism, has been given hardship allowances and additional ration.

A big push for projects

The highest railway bridge in the world is being built over the river Chenab at 359 metres from bed-level (the Eiffel Tower is 324 metres tall).

Work on Shahpur-Kandi, an electricity and irrigation project hanging for five decades, has started. The Ujh project has been fast-tracked. And the metro rail is on its way to Srinagar and Jammu.

The toll tax at Lakhanpur and all other entry points has been abolished from 1 January, 2020.

Reforms have already touched the power sector. The department has been decentralised into five autonomous corporations for better customer response and stable revenue.

Urban local bodies are also changing. Municipal committees can now approve projects of up to Rs five crore. Transparent e-tendering has been made mandatory, for instance.

War on corruption and terror

One of the deadliest pests eating away at the erstwhile state has been corruption. In the past year or so, the Jammu and Kashmir administration has repealed the Roshni Scheme, described as India’s biggest land scam and also a prolific ploy to change the demography of Jammu and Ladakh. It stopped gratuitous perks to former chief ministers.

All the provisions of Central RTI Act 2005 have been enforced in the Union Territory. The Anti-Corruption Bureau has been brought under the direct supervision of Central Vigilance Commission. The police crime wing now has teeth to deal with economic offences and cyber crime.

Lastly, terror levels have gone down since 5 August last year.

This is a gist. A lot more is afoot in the Union Territory. But sunshine dancing on the chinar does not make news. The hyenas just come sniffing for blood.