Home Crime Pakistan exports terror in Afghanistan, not interested in peace or development 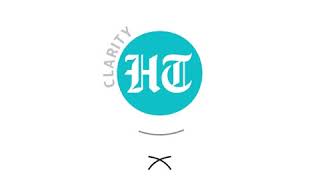 Pakistan exports terror and props up Taliban. Its accusations against India are baseless. It has no business in deciding, or even having a view on, what is an acceptable degree of Indian presence in Afghanistan. This is between Delhi and Kabul

At a time when Afghanistan’s future is at stake, Pakistan’s foreign minister, Shah Mahmood Qureshi, in an interview to Tolo News, has made a series of baseless and unacceptable remarks. First, he sought to absolve Taliban for the increasing violence in Afghanistan, at a time when Taliban has stepped up its offensive to take advantage of a weak Kabul government and the hurried withdrawal of United States (US) forces. There was an over two-and-a-half times increase in terror fatalities in May 2021 compared to April. Afghan security forces have faced a three-fold surge in fatalities in this period. And 26 Afghan military outposts surrendered to Taliban in May. Mr Qureshi has proven, again, that Pakistan remains Taliban’s patron and doesn’t care about Afghan lives or institutions.

Mr Qureshi then claimed India’s presence in Afghanistan was “larger than it ought to be”, and accused India of “carrying out terrorist activities” from Afghan soil. Pakistan has no business in deciding, or even having a view on, what is an acceptable degree of Indian presence in Afghanistan. This is between Delhi and Kabul.

But the statement is in line with Pakistan’s utter disregard for Afghan sovereignty — and the aspirations of Afghans to deepen ties with India. But even more absurd are allegations of terrorism coming from a country which has exported terror as a matter of State policy to both its east and west. India may deploy tools of statecraft for its national interests. But it draws a red line at terrorism, and remains firm and unequivocal in opposition to politics of violence. Pakistan has peddled this myth, primarily as an excuse for its own failure in Balochistan (which is supposedly the target of Indian attention), and to get the international community to force India to step back its engagement in Afghanistan.

What Mr Qureshi’s statements actually reveal is that Pakistan is not interested in peace, progress or development in Afghanistan, nor is interested in shedding its anti-Indian nationalism. All it seeks is to convert Kabul into a protectorate, with the power to veto Afghanistan’s political choices and foreign policy priorities. In the name of peace, the world must not allow this to happen and must stick to clear redlines. Don’t enable a violent Taliban’s return to power and a reckless Pakistan’s expanded role in the heart of Asia.