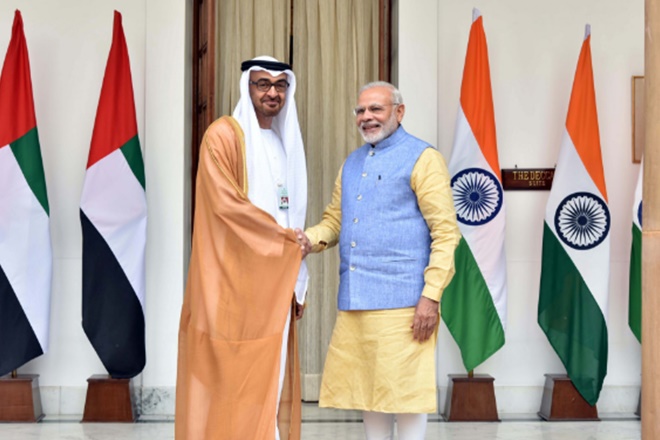 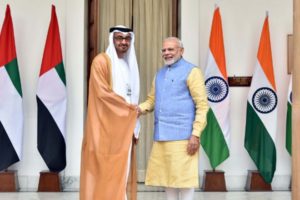 In an interview to the Abu Dhabi based Khaleej Times the ambassador has said that during the upcoming visit of Indian Prime Minister Narendra Modi, the RuPay card will be launched in the UAE – the first country in the Middle East to have such a launch.

“A Memorandum of Understanding (MoU) to establish a technology interface between the payment platforms in India and UAE would be exchanged between the National Payments Corporation of India and UAE’s Mercury Payments Services. This will enable the RuPay card to be used at point-of-sale terminals across the UAE,” Navdeep Singh Suri said, according to a report in the Khaleej Times.

The RuPay card is said to be the Indian indigenous equivalent of Mastercard or Visa.

“The UAE is the largest and most vibrant business hub in the region. It hosts the largest Indian community, receives the largest number of Indian tourists and has the largest trade with India. By becoming the first country in the region to introduce the RuPay card, we expect that each of these elements of tourism, trade and the Indian diaspora will benefit,” the ambassador explained.

“We will have substantive bilateral discussions to further deepen our relationship across multiple sectors during the prime minister’s visit,” Suri said.
Bilateral trade touched almost $60 billion in 2018 with a fairly balanced profile of about $30 billion of exports and $30 billion of imports,

A combination of two words -Rupee and Payment – RuPay Card is an Indian version of credit/debit card. It is very similar to internationalcards such as Visa/Master, initiated by the National Payments Corporation of India (NPCI). The card was launched with the intention of integration of payment systems in the country.

The card comes with a high end technology chip named EMV (Europay, Master Card and Visa) especially for high end transactions. It also has an embedded micro processor circuit with information about the card holder and also with a lower transaction and processing fee compared to the standard cards in use now.

In November 2018, Reuters reported that Mastercard had lodged a protest with the US government that Modi was promoting RuPay payment network and was using nationalism to promote RuPay, which was hurting foreign companies.

The RuPay card is accessible accross thousands of ATMs and e-commerce sites in India.

Ahead of Modi’s visit, the Indian Embassy has completed establishing the system to issue India’s newly introduced five-year multiple entry tourism and business visa for Emiratis, Khaleej TImes reported. “We are required under our regulations to obtain biometric data of the Emirati applicants on the first occasion and I am happy to say that we have now established these systems across the BLS Service Centres in UAE (the Indian Embassy’s outsourced centres for passport and visa services),” the envoy said, reported Khaleej Times.

During Modi’s visit a commemorative stamp of Mahatma Gandhi would also be released on the occasion of t=his 150th birth anniversary to acknowledge his role in India’s freedom struggle and the global relevance of his ideas.

Modi will also recieve the Zayed Medal, the UAE’s highest civilian award, during the visit.