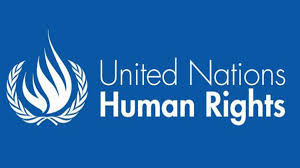 The Human Rights Council held a brief meeting this afternoon during which it decided that the forty-fourth session would start on Tuesday, 30 June. The Council then adopted the report of its forty-third session ad referendum and concluded the session.

The Council then endorsed the Bureau’s proposal that the forty-fourth session of the Human Rights Council open on Tuesday, 30 June 2020.

Yackoley Kokou Johnson, Vice President and Rapporteur of the Human Rights Council, said that, in response to the COVID-19 epidemic, the Council had adopted extraordinary measures to safeguard the well-being and health of all stakeholders, including the suspension of the session from 13 March to 15 June 2020. During the session, the Council had held 47 meetings. It had organized interactive debates and dialogues with 19 Special Procedures mandate holders, three committees and a team of experts, as well as an enhanced interactive dialogue and several general debates. The Council had examined the reports of the subsidiary bodies of the Council, and reviewed and adopted the results of the Universal Periodic Review of 14 countries. During the high-level segment and in the course of the session, 101 dignitaries had addressed the Council, including three Heads of State and two Deputy Prime Ministers

The Council adopted ad referendum the report of its forty-third session.

Ms. Tichy-Fisslberger, in her concluding remarks, said this session was one to be remembered. She thanked all those present for their dedication, flexibility and creativity in implementing the many precautionary measures necessary to ensure that the Council’s voice was not silent in these difficult times.

The Human Rights Council will next meet at 10 a.m. on Tuesday, 30 June to open its forty-fourth session.