Home OPINION How “Bharatavarsha”, the earliest text defines India as the land between Himalayas... 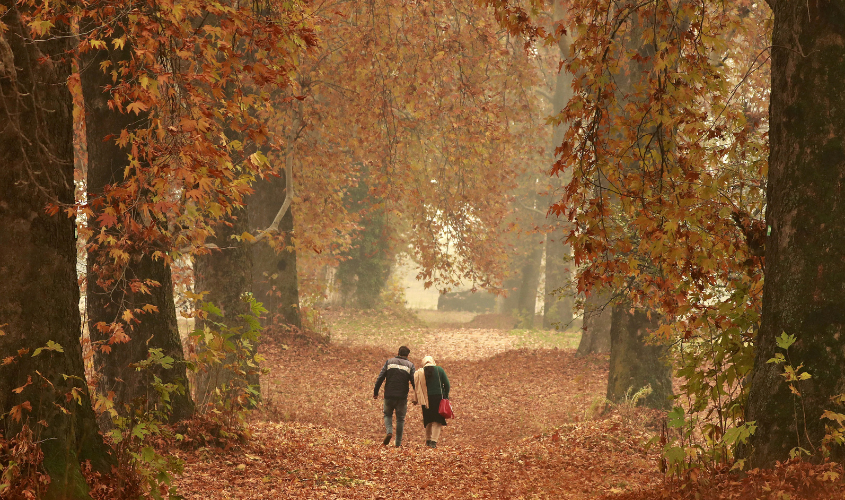 11th century Arab traveller Al biruni’s understanding of “Hind”, and the 14th century Indo-Persian poet Amir Khusrau’s citing of Hind’s diverse languages (hindawi) which, apart from Sanskrit, included Kashmiri, Punjabi, Bengali, Gujarati, Kannada and Tamil, etc. The 16th century Mughal historian Abul Fazl wrote: “The sea borders Hindustan on the east, west and south. In the north, the great mountain ranges separate India from Turan, Iran and China … Intelligent men of the past have considered Kabul and Qandahar as the twin gates of Hindustan… By guarding these, Hindustan obtains peace.”

Though the British left an enduring legacy of telling us otherwise, it is clear that there are astonishing convergences over the centuries in the way a disparate set of historical commentators and observers attest a readily recognizable idea of India. And Kashmir is always there in it! This idea embraces, with no apparent unease, both India’s vastness and spatial unity as well as her incredible diversity.

In his perceptive piece on Kashmir published on 6 September, aptly titled “The Pied Pipers of Hate”, Shiv Kunal Verma made a quiet plea for at least two kinds of realization: one, the unity of India over and above the narrow domestic walls that divide Indians in the micro perspective. And two, the deeply corrupt political reality of the Kashmir problem, which is sought instead to be placed at India’s doorstep, specifically in her alleged “occupation” of a land that people have been indoctrinated to believe was never a part of India. Verma rightly states that 73 years into the founding of the modern Indian nation-state, it is high time and only natural that these realisations were internalized. Instead, however, what is on view is a sustained stoking of the embers that keep India burning.

He may be guilty of being idealistic in his expectations, given the internal and international vested interests that he calls out, and given also a larger conspiracy of silence and suppression over some aspects of the history of India and Kashmir in particular. Nonetheless, it bears stating that, though Verma invokes military geography, longue durèe history too would endorse his contentions.

Thus, though the British left an enduring legacy of telling us otherwise, it is clear that there are astonishing convergences over the centuries in the way a disparate set of historical commentators and observers attest a readily recognizable idea of India. And Kashmir is always there in it! This idea embraces, with no apparent unease, both India’s vastness and spatial unity as well as her incredible diversity. This will sound familiar to those conversant with the claims of India’s nationalist movement leading up to 1947 and after; however it is not the invention of that movement. Sample just a few of the premodern historical testimonies.

Perhaps the earliest text to define India, “Bharatavarsha”, broadly yet resonantly, as the land between Himalayas and the sea, and to include the people of Kashmir, among others, within it is the hoary Mahabharata (5th century BCE to 5th century CE). Next, in the 4th century BCE, the Greek ambassador to India, Megasthenes also described the land of the people of “Indoi” as bounded by the sea to the east, west and south, Mt. Hemodos (Abode of Snow) to the north where it was separated from central Asia, and the Indus to the west.

Interestingly, Ptolemy, the celebrated 2nd century geographer from the Roman Empire based in Egypt, not only spoke of an India that went east of the mouth of the river Ganga right up till China, but cited the Hindukush as its western boundary. This would resonate with Xuan Zang, the Chinese traveller’s testimony in the 7th century. Zang, standing at ancient Nagarahara (modern Jalalabad, Afghanistan), west of the Khyber Pass, felt he stood at the gateway to the country called “Indu”. He described Indu, again, in classical terms as bounded by the snowy mountains to the north and the sea on three sides, extending to an area of 9o,ooo li (Chinese mile) and inhabited by 70 different kingdoms.

The Vishnu Purana meanwhile in the 5th century CE was saying the following:

“The country north of the sea and south of the Himalayas

Is Bharata and her children are Bharati.

A thousand yojanas from north to south,

Kiratas refer to denizens of Assam and the eastern Himalayas while yavanas to those settled in Greater Punjab. Can there be a more explicit and inclusive self-understanding of India?

This is seen again in the 6th century encyclopaedia Brhat Samhita which exhaustively enumerates the many regions and peoples that were part of India. This list mentions, among others, Kashmir and Peshawar in the north up to Dravidas, Kerala and Karnataka down south, while Assam, Odisha and Bengal bring up the east and Saurashtra the west. The sheer clarity and detail of this idea of India as a unity through her plurality is mind boggling, coming as it does from more than 1500 years ago.

One can give more examples, such as the 11th century Arab traveller Al biruni’s similar understanding of “Hind”, or the 14th century Indo-Persian poet Amir Khusrau’s citing of Hind’s diverse languages (hindawi) which, apart from Sanskrit, included Kashmiri, Punjabi, Bengali, Gujarati, Kannada and Tamil, etc. Or the 16th century famed Mughal historian Abul Fazl who wrote: “The sea borders Hindustan on the east, west and south. In the north, the great mountain ranges separate India from Turan, Iran and China … Intelligent men of the past have considered Kabul and Qandahar as the twin gates of Hindustan… By guarding these, Hindustan obtains peace.”

The Tibetans on the other hand called India rGya-gar (Vast Land?) or Phags-Yul (Noble Country) and their famous works, like Lama Taranath’s 16th century History of Buddhism in India, mention their Buddhist masters coming from Phags-Yul belonging to Kashmir and Peshawar (N), Andhra and Kanchi (S), Saurashtra (W) and Bengal (E).

Again and again then not only does India, by whatever name they called her, emerge over the centuries as a unity in the testimony of disparate residents and outsiders alike, that too of different faiths; but Kashmir figures prominently in all these conceptions of the Indic. Nor is this surprising if you look closely at cultural markers diagnostic of Kashmiri regional identity for 2000 formative years, starting, again, as early as the 5th century BCE.

In my book I have expanded on the “connected histories” approach to properly understand Kashmir’s origins. Suffice it here to summarise that be it Kashmir’s early material culture, her art, scripts (Brahmi and her descendent Sharada) and languages (Sanskrit, Prakrit and their cognate Indo-Aryan tongue Kashmiri) or her literature, philosophy and faiths (Buddhism, Shaktism, Shaivism, Vaishnavism): there is visible a geo-cultural synchronicity between Kashmir and large parts of the rest of the Indian subcontinent across this vast stretch of time. She was intensively and mutually involved with not only her neighbouring regions like Himachal and Punjab but with centres deep within the interiors of India like Patna, Nalanda, Gaya, Banaras, Allahabad, Mathura, Malwa, Saurashtra, Bengal till Karnataka, Kerala and Tamil Nadu.

Kashmiris for over two millennia looked to these places for politics, trade, education, asylum, employment, art, religion, philosophy, fashion (!), and pilgrimage. And people from other parts of India are seen in the historical sources visiting or migrating to Kashmir over centuries for the same reasons.

For example, Kashmir seems to have been a part of pan-Indian political formations from the very beginning, namely, the Mauryan empire c. 4th century BCE. And it was Emperor Asoka Maurya from Magadha (Bihar) who is said to have founded Srinagar as well as brought Buddhism to the Valley, which Kashmiris then took all over China and central Asia. On a different plane, Kannada couture and coin-types were adopted in the Kashmiri court of King Harsha in the 11th century CE. What an open and cosmopolitan culture! Alongside, works of Kashmiri Sanskrit scholars, especially on poetics, circulated extensively in South India as learned models. An author has recently well captured this cultural infusion by the phrase “saffron in the rasam”!

How did all this happen if Kashmir was never a part of India?

Indeed, Kashmir was clearly not only Indic in her genesis and composition, she also came to master and pioneer elements of Indic culture and thought for at least 1500 years and is recognized for it by contemporaries. This alone explains one of the most potent ancient symbols of both India’s historical unity and Kashmir’s place in it, namely, the pan-Indic voyages of Shankacharya, the 8th century seer-intellectual who established the supremacy of advaita or trans-sectarian monist consciousness.

Starting from his home town of Kaladi, Kerala, Shankara undertook three famous digvijayas—tours of philosophical conquest of the land, intensely debating the varied local scholarship across the length and breadth of this country. The fitting culmination of these advaitic travels was each time reserved for Kashmir at the seat of all learning (sarvagyapith), the Sharadapith (today lying derelict in PoK), which Shankara was able to ascend through his intellectual prowess. Indeed, the ancient Shankaracharya temple at Srinagar still stands witness to this epic visit as also to the incredible centrality of the far north of India to the imagination of its far south, and vice versa.