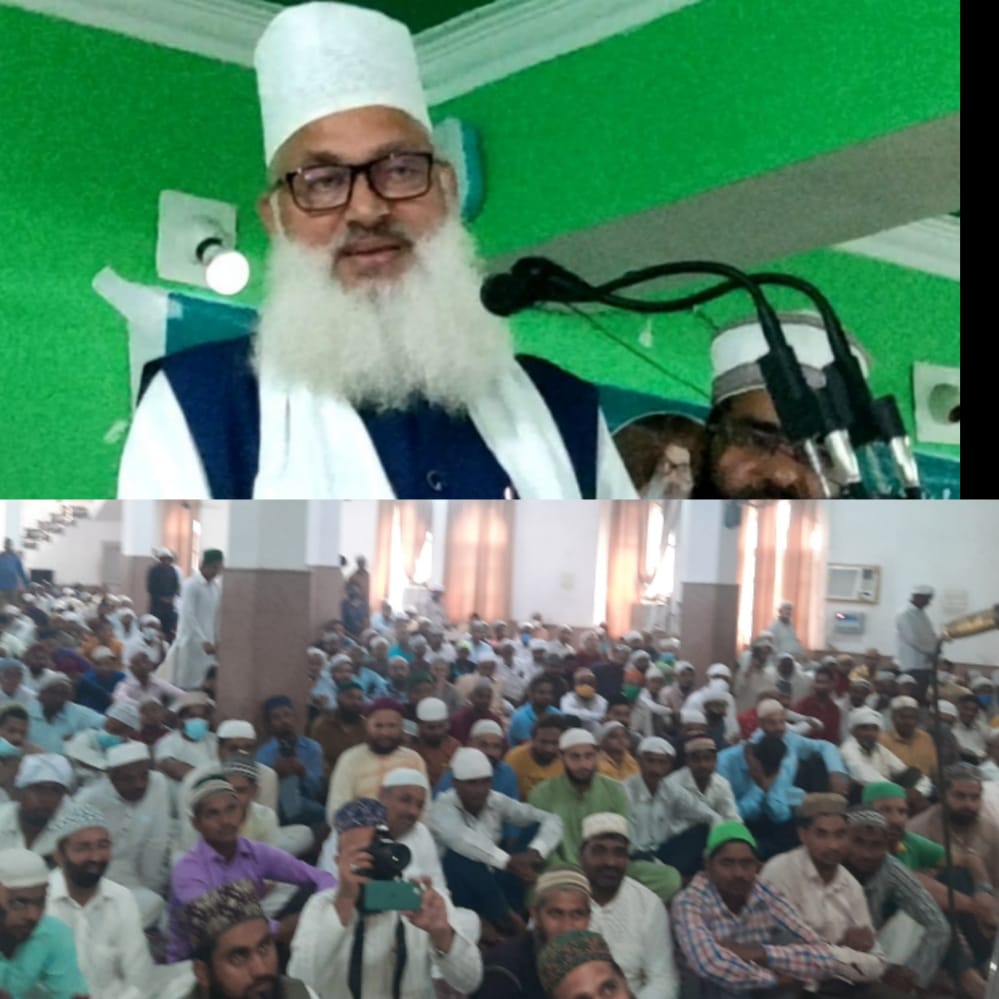 Both those who insult the holy Prophet and who take law in their hands should be dealt strictly by the law enforcement agencies!

The All India Ulama & Mashaikh Board (AIUMB), an apex body of the Sufism-inspired Sunni Muslims in India, called an emergency meeting of the National Executive members and discussed the current situation in detail.

The aiumb condemnS the recently-raised radical slogan “Gustakh-e-Rasool Ki Saza, Sir Tan Se Juda” which has resulted in the un-Islamic and inhuman incidents like the one which took place in Udaipur and Maharashtra.

The All India Ulama & Mashaikh Board (AIUMB), under the spiritual leadership of its Founder-President Hazrat Maulana Syed Muhammad Ashraf Kichhouchhwi, and through its globally renowned initiative for peace and dialogue, the World Sufi Forum has been vocal of moderate Muslim standpoint against all sorts of extremist thinking stemming from the radical forces in the name of Islam. 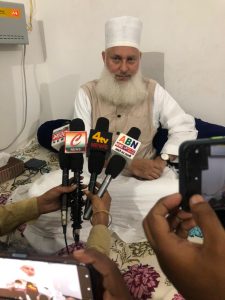 Recently, on the auspicious occasion of the annual Urs (death anniversary) of the prominent Chishti Sufi saint Hazrat Syed Makhdoom Ashraf Jahangir Simnani (R.A.), the AIUMB Founder and President said that soon he would seek to meet the honourable President and Prime Minister of India with a view to enacting a law against the incidents of insulting the holy Prophet PBUH.

In the famous Sufi shrine (Khanqah) of Kichhauchha situated in Etawah (Ambedkarnagar), the 636th Urs of Hazrat Makhdoom Ashraf Jahangir Simnani (Rahmatullah Alaihi) was completed with the peace prayer for the country in Khanqah-e- Ashrafiya Sheikhe Azam Sarkar-e-Kalan. The AIUMB Founder President and the chairman of World Sufi Forum offered special prayers for peace and prosperity in India. 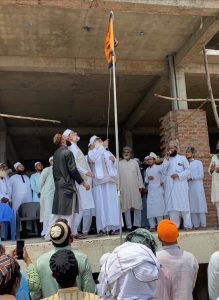 During the shrine-related ritual of Paracham Kushai (flag hoisting), special prayers were offered for prosperity and peace in India, and especially for the health of sick people. Welcoming the pilgrims of  the 636th Urs of Hazrat Syed Makhdoom Ashraf Jahangir Simnani (Rahmatullah Alaihi), the AIUMB Founder and President prayed for everyone.

On this occasion,  while talking to the journalists, Hazrat Syed Ashraf further said that the message of Makhdoom-e-Simnan is love towards people of all races and religions. “The kind of hatred that is growing today, makes it necessary to popularise the teachings of Makhdoom Simnani. He said it referring to T Raja Singh of Hyderabad (Telangana) and others who are spreading ideological extremism in India. “Such people are not the enemies of any particular religion or religious personalities but the whole humanity. His derogatory and indecent remarks purposefully made in relation to the holy Prophet (PBUH) cannot go unchallenged and such people have no right to roam freely”, he said.

Hazrat said that such people who make derogatory remarks about any religion should be dealt strictly by the law enforcement agencies. Thus, it is necessary to make an act or law against hate speech and attempts to spread communal disharmony and thus put an end to such growing incidents in the country.

However, he said that there is a need on part of Muslims to excercise patience and restraint. No one can take the law in their hands and everyone must respect the rule of law. Violence is never a solution to any problem and there is no scope for any senseless slogan such as “Sar Tan Se Juda” in our peaceful country. In fact, we cannot support any senseless slogan which encourages violence. We openly condemn all such slogans.

Hazrat further said that this is a foreign conspiracy against our country, and it should be thoroughly investigated whether which foreign forces are creating or encouraging such ideological terrorists whose purpose is to spread violence in India and destabilize our beloved country.

In the recent days, several videos have been doing rounds on social media wherein a few fanatics belonging to both Hindus and Muslims have been taking part in a reactionary and revengeful act which is related to blasphemy against the holy Prophet Muhammad (PBUH), and which is adding fuel to the fire of radicalisation on part of both factions.

While a section of the hate mongers have been clearly causing communal disharmony by publicly making insults and slurs against the holy Prophet (PBUH), on the other hand, the extremist elements and radicalised individuals can be heard chanting “Gustakh-e-Rasool Ki Ek Hi Saza, Sar Tan Se Juda”.

Such slogans were actually coined and propagated by the radical religious and political groups in Pakistan most notoriously, the Tahrik-e-Labbaik Pakistan (TLP). But shockingly enough, several incidents reportedly took place now in India where the anti-blasphemy slogan was openly raised to provoke unlawful act of killing and beheading. After Udaipur incident, the slogan of TLP has most heard in Madhya Pradesh’s Khandwa district on August 10.

The AIUMB firmly believes that according to the Islamic law or jurisprudence known as Fiqh, even if there is an Islamic government, no one has the right to punish anyone except for the Qazi or the concerned authorities. Non-state actors cannot be sanctioned the freedom to execute those indulging in un-Islamic acts such as murder or blasphemy. While we are citizens of our secular country, in such a situation, the punishment for any mischief-making, spreading communal disharmony and spewing venom or hate speech against the religious sentiments of any particular faith tradition or community is clearly written in the Indian constitution and law. For that, we have to adopt legal methods and constantly demand from the government that such incidents come to an end. However, radical slogans such as the above which openly encourage violence and mayhem have no place in the Islamic law as well in the Indian constitution. As a matter of fact, killing anyone or threatening to slit the throat of someone accused of committing blasphemy is completely contrary to the tolerant teachings of Islam, said the National Spokesperson for the World Sufi Forum and Classical Islamic Scholar, Mr. Ghulam Rasool Dehlvi.

In this context, the AIUMB has termed the re-arrest of T. Raja Singh under the PD Act as a timely move on part of the government in order to mantain law and order in the country. Such offenders can not be given refuge in India, a historically diverse and the most multicultural country in the world which is home to so many religions. Notably, around 8 to 10 FIRs were registered against T Raja Singh at various police stations in Telangana. Thereafter, he was detained again on August 24. Analysis say that the government would have done well if it had arrested Singh under PD Act on August 22 itself after he posted the derogatory video containing insults and slurs against Prophet Mohammed (PBUH). It should be noted that the PD Act is a law which is used by the police to keep notorious and dangerous criminals in jail for one year.

In this regard, the AIUMB asserts that it is relieving and reassuring to note that the Telangana police has arrested the accused by serving section 41 A notice. But at the same time, the AIUMB has appealed to the people to maintain law and order and refrain from insulting any holy figures, religions or faith traditions of India.