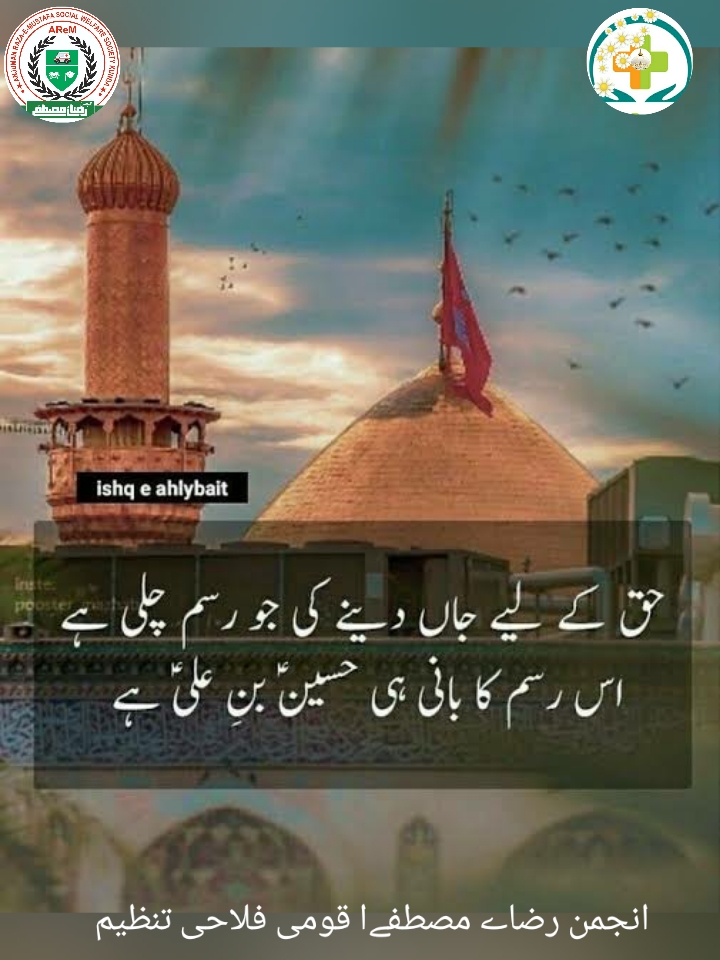 Muharram-ul-Haram is the first sacred Islamic month in which the Holy Prophet’s Beloved grandson Imam Hussain R.A was martyred on Ashoora, the 10th day of Muharram, which was observed yesterday across Jammu & Kashmir with Shias taking out Muharram processions at multiple places to pay tributes to grandson of Prophet Mohammad (PBUH) Imam Hussan (AS).

The biggest procession was carried out from Bota Kadal to Zadibal in which thousands of Shia mourners enthusiastically participated. In addition, the Muharram processions were taken out at Budgam, Pattan and Delina areas of Baramulla district, Wularhama Pahalgam, Sofi Pora, Halkha, Chaturgund in South Kashmir.

Traditionally, the commemoration of Muharram-ul-Haram as the occasion marking the triumph of the truth over falsehood, has been held in the valley of Kashmir with great enthusiasm. But ever since the Pakistan-sponsored separatist movement spearheaded its ugly head in the Kashmir valley under the disguise of Islam, provocative speeches and sermons began in mosques, and twisted sermons especially on the Islamic doctrine of martyrdom have intensified. It appeared as if the political gatherings had been held in the religious places, which replaced the protests, rallies and processions with the gun culture. Now all this has become commonplace.

This whole separatist movement has created a clearly adverse impact on the Muharram commemorations of Kashmir. Just as the other processions in mosques and seminaries were badly affected by the separatists, similarly the Imam Baras, Hussainiyas and other Shia places of worship fell prey to the separatist designs.

Instead of the chants of “Yaa Hussein!” in Muharram processions, slogans of “Azaadi” (freedom) were opted. In place of mourning and commemorating the martyrdom of Imam Hussain A.S., voices calling for accession to Pakistan began to be heard in a section of the processions. Thus, the Ta’aziya processions, which used to be very peaceful in the valley, suddenly turned violent and mourners started to clash with the police.

After the commemorations of Muharram were completely hijacked by the separatists, the government had to put ban on the Ta’aziya processions in 1989. Congress was the then government at the center and the government in Jammu and Kashmir was formed by National Conference. It thus implies that the ban on Muharram processions in Kashmir was not imposed by any so-called right-wing or communalist party but rather by the parties that believed in secularism. Nevertheless, during the days of Muharram in Kashmir, people did not stop taking out processions and they were coming out every year in violation of the restrictions imposed on the processions. Often times, they even violated the curfews, and the mourners staged processions even if they had to face lathi charge from the police.

Notably, the people of Kashmir, through their Ulema and Shia clerics, have repeatedly appealed to the central government to allow them to take out processions on the occasion of Muharram for a few years after the outbreak of the COVID. Although it was not expected from the BJP government, yet the Centre allowed the Muharram processions with a limited number due to the Covid-19 pandemic. This led to taking out of the processions in many parts of the valley. Obviously how would the separatists like this? Therefore, anti-India elements and Pakistan sympathisers started turning the Julus (processions) into anti-national demonstrations. As a result, they faced clashes with the police and army.

The most critical development is that the youth of Kashmir are very much enraged by a mullah sitting in Pakistan. If you listen to his speeches, you would get to know that he is not reciting a Muharram Majlis but is parroting an anti-India story written by the ISI.

The only job for which this Maulvi has been hired is to insult the Muslim scholars of India, instead of mentioning the battle of Karbala. You will never hear a word from him about the atrocities in Pakistan. Hundreds of youths were picked up by the Pak police recently across the border. Enforced disappearances continue unabated. None of them have been seen till date. People in Pakistan staged a sit-in protest but this Mullah sitting in Lahore did not come out of his cave. Now he is inciting the youth of Jammu & Kashmir to sit in Lahore. What a travesty of religious preaching! It should also be made clear that this Mullah is constantly spreading poisonous tentacles not just against the Indian Muslims but also against immigrant scholars of Pakistan. He advocates the imposition of Punjabi culture instead of Urdu on Pakistan and spews venom against India day in and day out. Obviously, this Maulvi is serving the ulterior motives of the Pakistani government and is on their payroll. He is tasked with misleading the Muslim youth of India.

There are millions of atrocities against the Muslims of Balochistan but this Maulvi does not open his mouth. He is obsessed only with the grief of Indian Muslims, something that eats him up. In any case, Kashmiri separatists—no matter how much fuss they make to serve the ulterior motives of Pakistan—should at least respect the extremely important religious occasions like the Muharram and holy places such as Hussainiyya and Imam Bara.