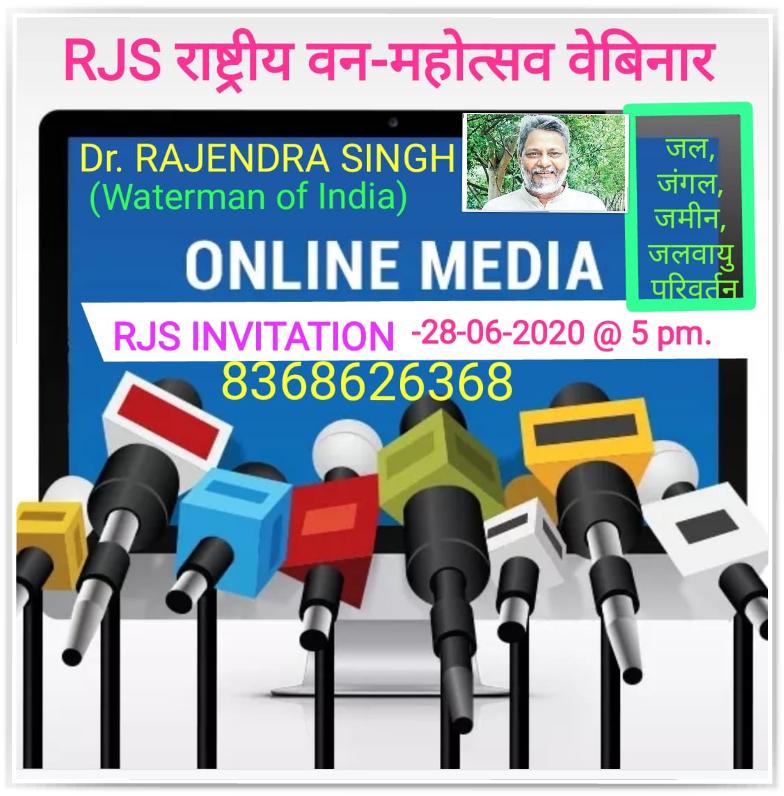 The RJS Rashtriya Van-Mahotsav webinar will be held on 28 June.

New Delhi. The Van-Mahotsav is celebrated in the first week of July to encourage tree planting by the Government of India. It was started in the 1960s by the then Agriculture Minister Kanhaiyalal Manik Lal Munshi. Plantation is still the need of the hour. In view of this, RJS Rashtriya Van-Mahotsav webinar is being organized on 28 June 2020 by Ram Janaki Sansthan (RJS) and Tapasil Jati Adibasi Prakatan Sainik Krishi Vikas Shilpa Kendra (TJAPS KBSK) Hooghly, West Bengal.

Gradually this campaign spread across India including Rajasthan and today he is known as Jal Purush. RJS observer Deep Mathur told that the webinar is the chief guest of the Bhoodan movement co-founder Vinoba Bhave and founder of Shanti Sadhana Ashram Guwahati (Assam), Sant Hem Bhai.
Dr. D. Saha, former Additional Director of Central Pollution Control Board, Dr. Vishnu Puri, Dr. Vahab and Rajesh Sharma, a nature devotee, etc. are the authors of the environmental book.

The RJS family and positive media from several states have been invited to the webinar. Soumen Koley , Secretary-TJAPS KBSK said that Under the Positive India Movement Awareness Campaign, nature lovers from many states have done the pious work of motivating others by sending video recordings of their home and surrounding greenery.