Indonesian group Nahdlatul Ulama (NU), the world’s largest Muslim organisation, on Wednesday called for calm while criticising France’s “extreme secularism”, even as Muslims across the world reacted furiously to French President Emmanuel Macron’s defence of free speech and description of Islam as “a religion in crisis”.

“Humiliating the honour of the Prophet Mohammed is considered an insult to Islam,” said Yahya Staquf, secretary general of NU, which has an estimated 90 million members.

“However, responding to the insult to the Prophet by killing the perpetrator is a savage act that has the potential to trigger widespread instability without control,” he warned.

More than 90 per cent of Indonesia’s population of 270 million identify as Muslim, making it the world’s most populous Muslim nation.

Staquf was reacting to Macron’s statements in the wake of the beheading of French high schoolteacher Samuel Paty by a Chechen extremist on October 16 after Paty showed his students some of the Prophet Mohammed cartoons published in 2015 by Charlie Hebdo, a French satirical newspaper.

The publication of the cartoons led to the massacre of 12 people at the offices of Charlie Hebdo the same year.

In Syria, people burned pictures of Macron in reaction to his comments, while tricolour flags were torched in the Libyan capital, Tripoli, and French goods have been
pulled from supermarket shelves in Qatar, Kuwait and other Gulf states.

Macron earlier this month unveiled proposals to fight extremism stressing the secular values of the French Republic. He described Islam as being a religion “in crisis, including in countries where it is a majority religion”, while emphasising the need not to stigmatise Muslims.

Staquf urged Muslims to address the issue calmly “and not indulge in emotions”. He said what Muslims “really face is not only those who insult Islam, but the needs of all human beings from diverse backgrounds and beliefs to find a foundation for harmonious global integration”. Staquf, who is a prominent advocate of interfaith coexistence, said this could only be achieved through “quiet dialogue”.

“Muslims should not follow those who use Islam and the cartoon issue of the Prophet as a political weapon to gain exclusive and one-sided political advantage or deliberately ignite conflict to destroy political opponents,” Staquf said.

Staquf said Macron was not completely wrong in stating the Islamic world is in crisis, because in Staquf’s view the crisis is that the Islamic world has not yet arrived at a religious and sociopolitical construction needed to integrate harmoniously with the whole world.

The issue, Staquf said, was that Macron addressed the current problem from the perspective of France’s “extreme ideology of secularism”, which tends to view religion only as a source of problems and an ideological challenge that must be defeated.

“This unilateral view is regretted not only by Muslims but also by Christians and Jews,” said Statquf, who added that the entire world community could be viewed as being in crisis amid conflicting ideologies and world views. “The world needs a platform for dialogue based on honesty to build consensus on shared civilisational values.”

In Jakarta, the Alumni 212 movement, a Muslim group behind the massive 2016 rallies against Jakarta’s former Christian governor, Basuki Tjahaja Purnama, called for a boycott of French goods and said it would not stop any Muslims who retaliated against French citizens living in the country, CNN Indonesia reported. 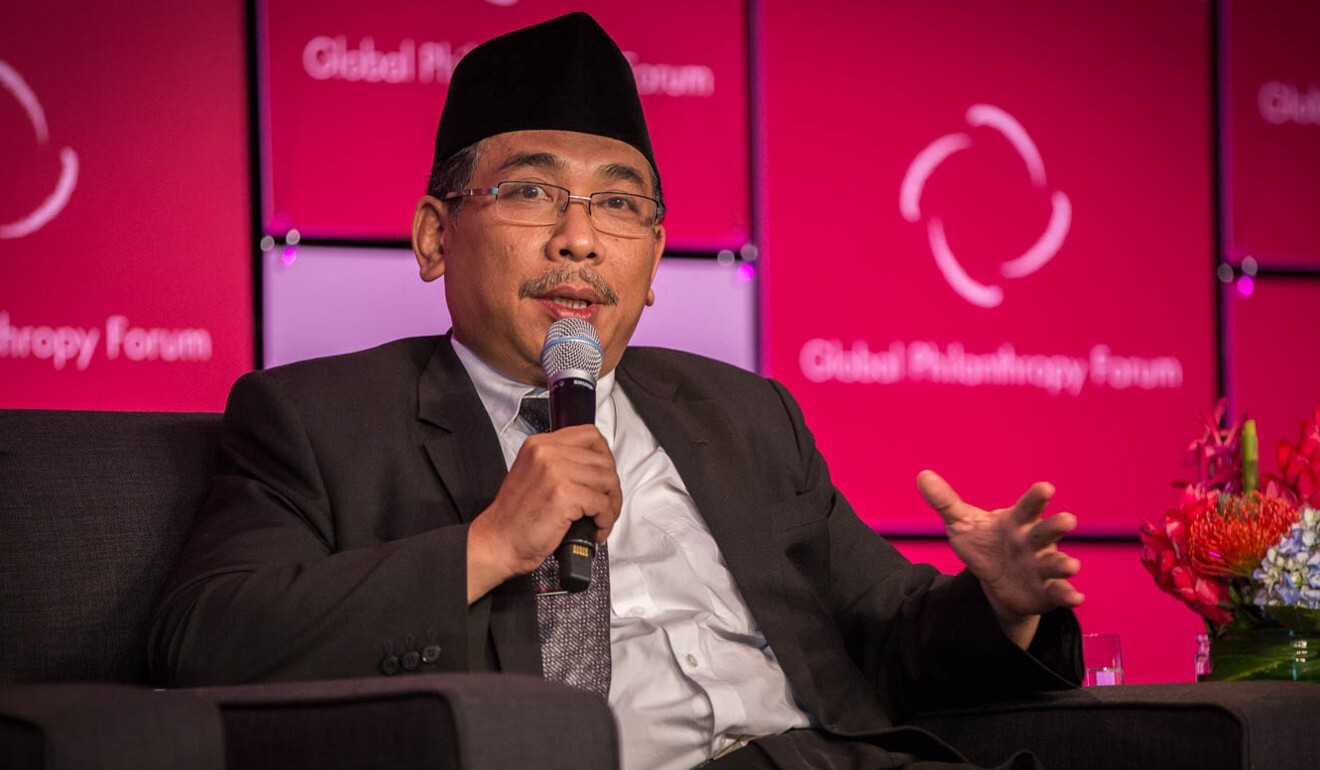 Indonesia’s Foreign Ministry has summoned the French ambassador in Jakarta to express its concern over the situation in France.

Dadang Kahmad, a member of Muhammadiyah’s executive board, said Macron’s words were deeply “regrettable” and raised concerns they could trigger “Islamophobia” within French society.