Home CRITICLES Integrating Kashmir? Nullifying Articles 370 and 35A can have effects opposite to... 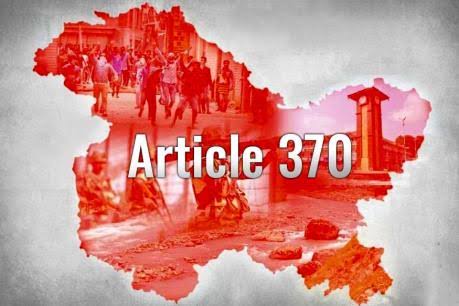 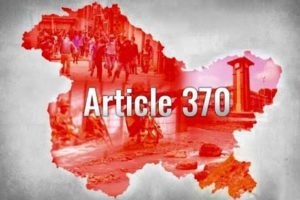 By Kanti Bajpai, Professor and Wilmar Chair of Asian Studies

The nullification of Article 370 of the Constitution resides somewhere between the comic and the tragic. Ironically, the heroes of this government, Syama Prasad Mookerjee and Sardar Patel, sticklers for scrupulous proceduralism, would be appalled at the Modi-Shah shenanigans. But tragicomedy, parliamentary manipulation and token genuflection before political elders has been the trademark of the Modi government: why should Kashmir policy be different?

More important, for now, is the home minister’s claim that nullification of Article 370 will finally bring about the integration of Jammu and Kashmir with the rest of India. This deserves careful assessment. The dubious political engineering of nullification apart, let’s attempt a preliminary analysis of his claim. The integration of J&K with the rest of India has three dimensions: administrative, economic and social-psychological. Will nullifying 370 deepen integration along these dimensions?

First, in so far as J&K and Ladakh have become Union territories, dispensing with 370 means direct rule from New Delhi. Administratively, therefore, the two regions will be more integrated with the central government and by extension, presumably, with the rest of India. However, given the shambolic relationship between the Kejriwal government in Delhi and the central government under Modi over the past four years, it is a fair bet that relations between Srinagar and New Delhi will be turbulent. The sly, sullen resistance of locals and the overbearing nature of a “know-it-all” Centre could be combustible but, in any case, will be all-too-predictably dysfunctional.

Secondly, the home minister hopes nullifying 370 and 35A on land ownership and domicile will encourage greater economic integration. Private companies and PSUs will be moved to invest, primarily in J&K. Apparently, as a result, manufacturing and services will suddenly flourish, and jobs will abound for Kashmiris but also others.

Leave aside the Modi government’s abysmal economic record and complete failure at job creation. What would draw anyone to J&K? The state has few natural resources, poor infrastructure and a lack of skilled workers. Like the rest of India, buying land to set up businesses will be extremely difficult given the Land Acquisition Act. Law and order disturbances and terrorism will discourage businesses and labour from moving into the state. Let’s remember that, according to the government’s own data, terrorism in the state has increased in the five years of NDA rule. Will this reduce with nullification or increase?

The only serious economic possibility is creating special fortified zones protected by the police and paramilitaries and propped up by tax and other incentives for outside investors and imported workers. Will this work? The government will no doubt be studying the record of Israeli and Chinese policies in restive areas. A key element is attracting skilled migrants and their families. In no region of India has New Delhi, at least since Partition, actively promoted migration from other states. If the Modi government does so, it will be a first and will reek of internal colonialism.

Thirdly, that nullifying 370 will integrate Kashmiris in the Valley and draw them socially and psychologically closer to the rest of India seems like a fantasy. Article 370 was a promise that the Valley above all would retain its distinctiveness, even as it was part of a secular national life. What Valley Kashmiris are now offered instead is integration with an India increasingly hostile to Muslims – under a Hindu majoritarian party that looks set to rule for the next 30 years and an opposition that is divided, rudderless and cowed. I can quite see why Muslims of the Valley might be cynical about the kind of integration that now confronts them.

Let’s not speculate overly on the motives of the Modi government in nullifying 370. The real issue is: when will it learn good governance? In five years, it has damaged foreign policy, the economy, and every major domestic institution. To this melancholy list it has added Kashmir policy.