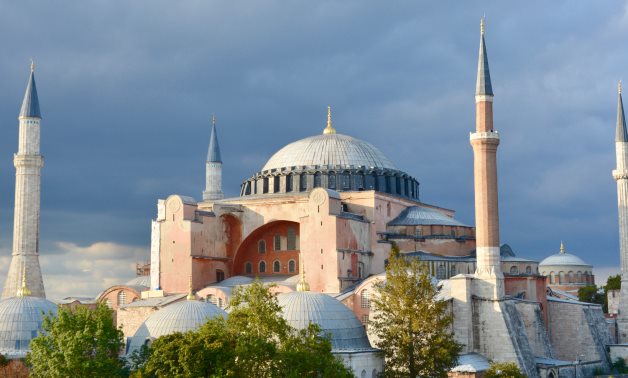 “We [as Muslims] are commanded to preserve churches […] Prophet Muhammab (peace and Blessings be upon him) was always recommending in wars not to destroy temples or kill monks,” he said in an interview with Nathrah [vision ] talk show on Sada al-Balad T.V. on Friday.

The Grand Mufti said that over the Egyptian history, no churches converted to mosques or vice versa.

On July 10, Turkish President Recep Tayyip Erdoğan signed a decree allowing conversion of the cathedral into a mosque after a Turkish court ruled that the cathedral is not a museum anymore.

The decision was criticized by international and Turkish people. In a statement on July 10, 2020, the UNESCO voiced its deep regret regarding the Turkish decision, which was made without prior discussion. The international organization called for preserving the world heritage.

Erdogan stands defiant against the international criticism, saying that converting the cathedral into a mosque is a matter of sovereignty. He added that the archeological site will be open for the prayers starting on July 24, 2020 for 1,000 to 1,500 worshipers, Anadolu news agency reported on Friday.

The cathedral was built upon an order by Byzantine emperor Justinian I. in the 6th century CE (532–537).  In 1453, Mehmed the Conqueror had changed the Hagia Sophia Cathedral into a mosque, but in 1935 Mustafa Kemal Atatürk turned the mosque into a museum.