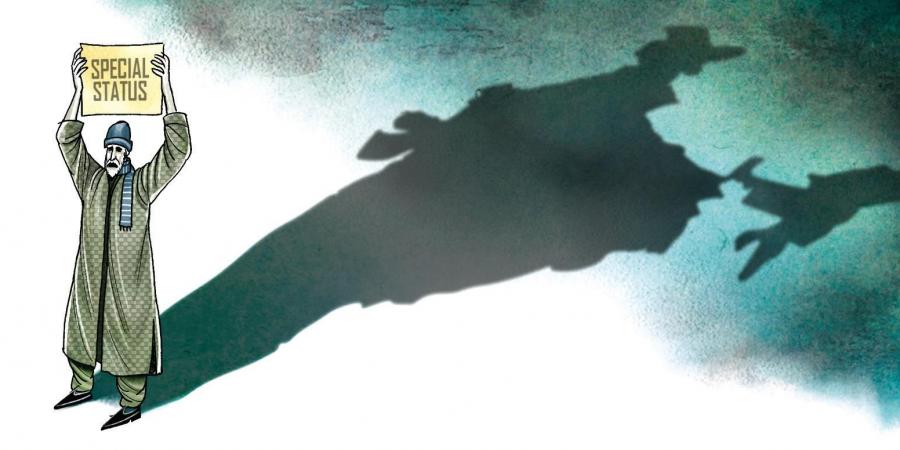 At the last edition of TNIE’s Odisha LitFest, a panel discussion was perceptively titled Writing on Kashmir: Smoke and Mirrors. The phrase alludes to misconceptions and misrepresentations that obscure the truth about something. As I said at the time, this was a most appropriate theme to highlight in the context of Kashmir. For while it is fashionable to speak of the existence of multiple contesting narratives on the Valley, there seems to be little pause for thought on the veracity of the most influential of these so-called narratives.

In the course of researching my book The Making of Early Kashmir, which came out in 2018, I had my full brush with the smoke and mirrors that indeed envelop the beleaguered Valley—a whole array of misrepresentations about Kashmir which largely consist of assumptions rather than historical knowledge, and yet which seem to have become definitive of ‘the Kashmir problem’. Indeed this country as a whole, not to say Kashmiris themselves, seem to be far more invested in Kashmir’s politics than her history.

Even when history is invoked, commentators typically speak only about the last 30 years of armed insurgency, or the last 70 years since 1947, or the last 170 years, i.e., 1846, the Treaty of Amritsar when the Dogras took over as the rulers of Jammu and Kashmir. Somehow it is thought to be adequate to go thus far back and no further to understand Kashmiri identity. This is extremely short term and myopic and the problem with that is that historical identities of regions do not form in the short term! Typically they are accretionary, cumulative, emerging out of a myriad processes of interface with other regions, and are always in the long term.

But there has been little engagement in public discourse with this longue durée identity of Kashmir. We hear a great deal about relatively recent and constructed political identities of Kashmiris, but we don’t hear about their historically evolved selfhood. And this silence about her historical identity is what has given rise to two pieces of major disinformation. One, that Kashmir has somehow had a unique and special status, and two, that Kashmir was never a part of India. Dispassionate research shows that both these contentions are simply unhistorical and untrue.

It has been assumed that because Kashmir was geographically isolated, she was also historically secluded from the rest of the subcontinent, and that this created an insular people and a hermetically sealed culture that set it apart from the rest of India. In fact, however, when you look at every possible cultural marker diagnostic of identity and mobility across 2,000 formative years—texts, archaeology, script, linguistics, travellers’ accounts, art and architecture, philosophy, religion, etc.—they overwhelmingly speak to a Kashmir that was far from isolated or unique. They point instead to a Kashmir that was astonishingly open, plural and cosmopolitan as a society.

Moreover, they establish that Kashmir was deeply Indic in her genesis, culture and composition: She was intensively connected and mutually involved with not only her neighbouring regions like Himachal and Punjab but with centres of Indic civilisation deep within the interiors of India like Patna, Nalanda, Gaya, Banaras, Allahabad, Mathura, Malwa, Saurashtra, Bengal till Karnataka, Kerala and Tamil Nadu in the far south! To summarise, Kashmiris for over two millennia looked to these places for politics, trade, education, asylum, employment, art, religion, philosophy, fashion (!), and pilgrimage.

For example, did you know Kashmir was a part of pan-Indian political formations from the very beginning, namely, the Mauryan empire c. 4th century BCE? And it was Emperor Asoka Maurya from Magadha (Bihar) who founded Srinagar as well as brought Buddhism to the Valley, which Kashmiris then took all over China and central Asia. Or, on a different plane, did you know that Kannada couture and coin-types were adopted in the Kashmiri court in the 11th century CE?! What dynamism! A far cry from the closed and exclusionist visage of the last few decades.

Equally significant, people from these other parts of India—long before west Asia!—are seen in all the historical sources migrating to and settling in Kashmir over centuries for the same reasons named above. So the question who is the Kashmiri acquires completely different dimensions when historical migrations from the rest of India are taken on board. And the second question that has to be asked in the face of all this historical evidence is: How did all this happen if Kashmir was never a part of India?! Yet so much blood has been spilt on precisely this piece of falsehood.

Given Kashmir’s historical truths, some would argue that any artificial separation between Kashmir and the rest of the country is an anomalous departure from history. And the ending of that separation would appear to be not so much an undoing of Kashmiri identity as a restoration of it in all its historically upheld openness, pluralism and cosmopolitanism. What remains now, however, is for all Kashmiris to regain their right to complete peace and prosperity.