Home CRITICLES Kunan poshpora: A trick to fuel anti-India sentiments in the minds of... 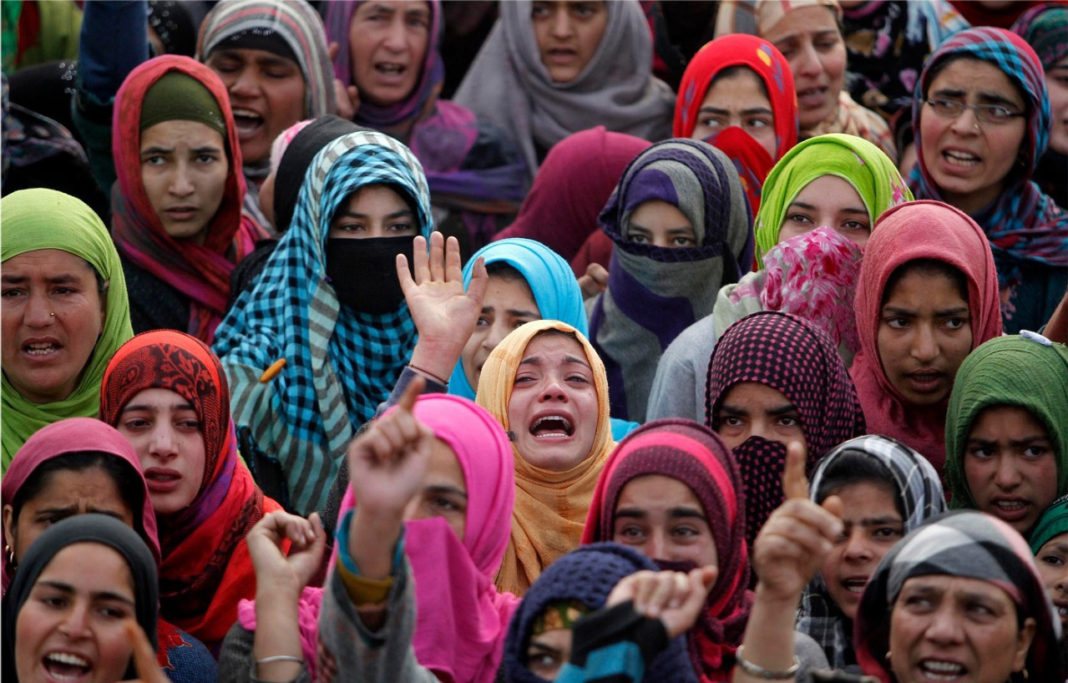 The alleged mass rape incident of Kunan-Poshpora Poshpora has become the most circulated Pak sponsored anti-India propaganda against India in last three decades in Kashmir. The alleged rape of 23 women by men of the 4th Raj Rifles headquartered at Trehgam, while conducting a cordon and search operation took place on the night of February 23-24, 1991. That was the time when Pakistani terrorists were trying to establish their control in the region.

Terrorists knew that they had nothing to blackmail the Army personnel as they came from different states and so these elements tried to turn public sentiments against India’s security forces.
Interestingly, village head had signed a no-torture certificate in the morning the operation concluded. Also, the incident went unreported for days, though the village was not that remote. Suddenly SM Yashin, DM Kupwara himself filed an FIR alleging 100 women were raped in Kunan Poshpora. This shows that the DM was either under terrorist threat or blackmailed. In his report, Divisional Commissioner, Kashmir, Wajahat Habibullah had found the Kunan story ‘greatly exaggerated’. Multiple inquires were conducted by Army and J&K but nothing substantial could be established . Various Human rights groups also investigated the matter independently and found nothing.

Evidences were contradictory & statements of so called victims were inconsistent.
Jangti, mother of Zafira, a full-term pregnant victim, said that Zafira was allegedly gangraped and delivered a baby in the Kupwara district hospital three days later. However, the DM’s report stated that Zafira had delivered her baby three days before she was allegedly assaulted. Even after the alleged incident women and children from Kunan never stopped attending the unit’s weekly medical camp in Trehgam which shows that they did not fear the Army.
The allegation manufactured with an intent to malign the Army was yet another psy-op/info-war hit job. The whole propaganda was backed by separatists and radicals in J&K in connivance with their Pakistani mentors. Kashmiri politicians used it for their vote bank politics to harness local support and to win elections. This was also used by many publishers, writers, human rights activists to sell the books and gain profit. Many so called human right activists used this hoax of Kunan Poshpora to make themselves famous. This was a profitable tool for separatists, radical, politicians and human rights activists in J&K.

For the last 10 years Internet and mobile phones are in everyone’s hand in Kashmir, not a single incident of rape or molestation by India’s security forces have been reported officially or unofficially. It’s not possible to hide such incident in the age of social media where videos, photos and news of every cordon, encounter or any other incidents get reported within minutes. This record shows that Indian Armed Forces are among the most disciplined and professional armed forces. Hoax of Kunan Poshpora was used as a psychological weapon to demoralize soldiers serving in Kashmir and to defame India on international platforms. The alleged incident of Kunan Psohpora was an invention and a dirty trick to fuel anti-India sentiments in the minds of Kashmiri people.