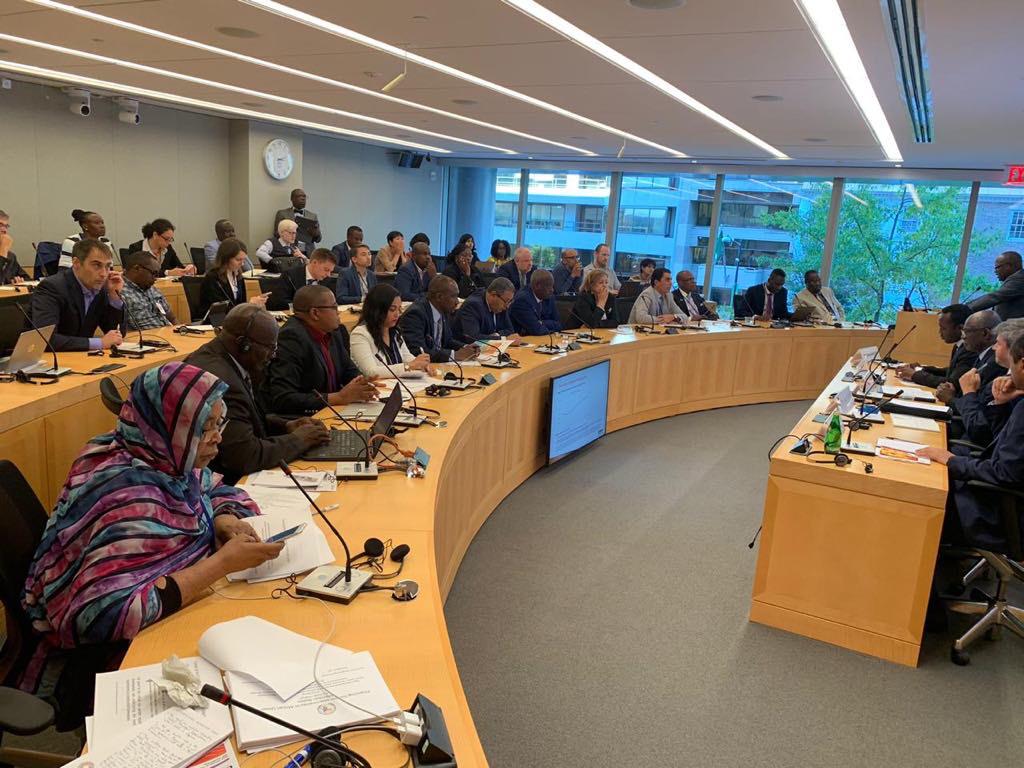 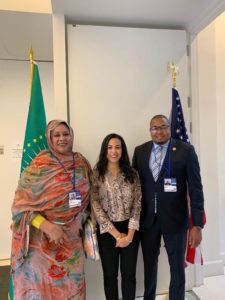 Okeil: Civil society is the World Bank’s partner in developing plans to support countries in conflict

Hagar: Rampant corruption in Africa hinders African people from benefiting from any support

Maat for Peace, Development and Human Rights participated in the annual meeting of the World Bank Group (WBG) and the International Monetary Fund (IMF), held in Washington, that brought together central bankers, ministers of finance and development, parliamentarians, private sector executives and representatives from civil society organizations.
The meeting discussed the latest developments in achieving sustainable development in developing countries and evaluating the support of the IMF to fragility and conflict countries.
Within the framework of the concern of Maat in Africa and being a member of the General Assembly of the Economic, Social and Cultural Council (ECOSOCC) of the African Union, the Foundation participated in the ECOSOCC’s event entitled “Funding Gender Equality Mechanisms in the African Union.”
The seminar focused on the most important mechanisms and steps taken by the African Union to support the achievement of SDG 5 on gender equality, as well as the presentation of World Bank experts on the Bank’s plans to continue supporting African women.
Ayman Okeil, President of Maat, explained that civil society plays a pivotal role in developing the WBG and IMF’s plans to support conflict countries.
He stated that Maat has been invited to a meeting to discuss the Bank’s plans for the Middle East and North Africa as the North African Coordinator of the NGO Major Group
Hajer Monsif, Head of the African Affairs and Sustainable Development Unit at Maat, praised the growing interest of the WBG and the IMF in Africa, pointing out the importance of supporting African organizations and bodies to implement both Agenda 2030 and 2063. However, she stressed that the prevalence of corruption is an obstacle to the African people’s access to the fruits of this support and therefore recommended to give SDG 16, which works to reduce all forms of corruption by 2030, more priority.