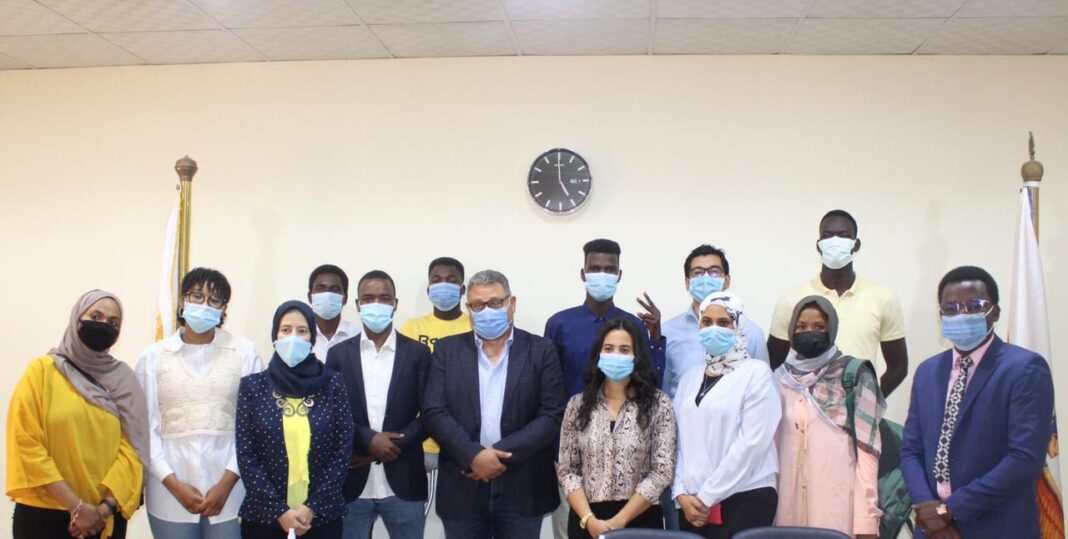 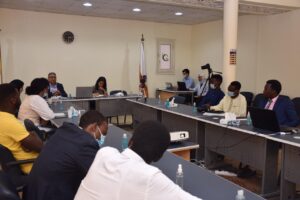 Okeil: Members of the initiative communicate with relevant international and regional bodies to get back to the negotiating table as rapidly as possible

Hajar Moncif: We seek to prevent or minimize the impact of a potential crisis that none of the three countries is going to withstand.

Maat for Peace, Development and Human Rights has organized an introductory session on the “Nile for Peace Initiative”.

The session was an interactive conversation between representatives of the initiative and a number of African civil society organizations interested in the Grand Ethiopian Renaissance Dam file. 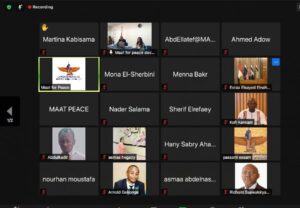 The session came within the framework of the efforts calling for the participation in the “Nile for Peace” initiative, which was launched in the Ugandan capital, Kampala.

The initiative came out with a document calling for the peaceful reaching of a legally binding agreement between Egypt, Sudan and Ethiopia that preserves the interests of the three countries.

Ayman Okeil, President of Maat for Peace, Development and Human Rights stated that the initiative was launched as a result of the failure to reach an agreement between Egypt, Ethiopia and Sudan in the negotiations. The initiative realizes the right of all countries to achieve development for their people as long as this development does not harm or jeopardize the interests of the other countries, especially the neighboring ones.

Okeil underlined the necessity of proving good intentions and getting back to the negotiating table, with the aim of reaching a legally binding agreement on the GERD, to protect the peoples of the three countries.

Okeil further highlighted the role of international community and Egypt in supporting Ethiopia to achieve the most sought-after development projects, especially energy projects, and compensating Ethiopia for any losses or negative repercussions on its development, as a result of intercepting or delaying the second filling of the dam until an agreement is reached.

Okeil affirmed that the actors who launched the initiative are now communicating with the concerned international and regional bodies with the aim of settling these disputes and reaching a middle ground.

For her part, Hajer Moncif, director of the African Affairs and Sustainable Development Unit at Maat, said that the initiative comes within the framework of endorsing the efforts of CSOs and the regional and international organizations to prevent or minimize the impact of a potential crisis that none of the three countries is going to withstand.

Moncif added that the aim of the initiative is not to obstruct the development process in Ethiopia, but rather to give everyone a space of time to return to the negotiating table and reach an agreement that realizes the Ethiopian people’s right to development and does not affect the water rights of the Egyptian and Sudanese peoples.

It is worth noting that Maat for Peace, Development and Human Rights is a founding member of the African initiative “The Nile for Peace”, which was launched in the Ugandan capital, Kampala, from 6 to 11 April 2021 in the presence of a number of civil society organizations from 9 African countries, in addition to a number of independent experts from a number of African countries.