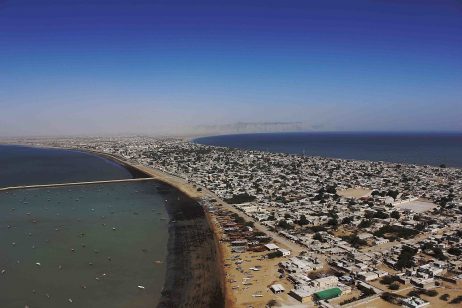 A mass online campaign against fake domicile and local certificates in Balochistan has been gaining momentum with the hashtag #BalochistanRejectsBogusDomiciles. Social media is buzzing with invitations to join this campaign that has run for weeks now. So far a large number of students, activists, and civil society groups across Balochistan have participated.

“The administration should make the procedure of local and domicile issuance transparent,” said one post asking government authorities to “issue these certificates only to the residents of the province.”

In a notification issued by the Mastung deputy commissioner (DC), domiciles of 400 federal employees were cancelled on June 26, 2020, as they did not get back to the Mastung DC office even after four reminders. Letters were issued to their respective departments in vain.

The notification was received with great enthusiasm by the social media campaigners. Some of the other districts have also issued the same notices in local newspapers, asking federal department, autonomous, and semi-autonomous department employees to have their domiciles verified by the respective DC offices. Failure to do so would cancel their domiciles, the notices warn.

In Pakistan, residents hold a “local certificate,” which is a legal document that verifies and confirms that the recipient is a “permanent resident” of one of the districts in the country. This certificate helps residents apply for job opportunities, scholarships, and other privileges allocated for their specific district, as well as for federal jobs and scholarship opportunities based on provincial quota.

In the case of Balochistan, there is a slight difference when it comes to a “domicile certificate.” This legal document verifies that the certificate holders are residents of a specific district in the country; however, it also signifies that they do not belong to the recognized “majority population” — in the case of Balochistan, the Baloch, Pashtun, and Hazara communities. If used an intended, the domicile certificate holders either migrated to Balochistan from other provinces or served in Pakistan Administrative Services (PAS) and were commissioned a domicile during their service.

Part of the problem is that these officers in high positions have complete authority to issue domicile certificates, and many of them exploit their power. Taking this as an opportunity, they issue certificates to many of their relatives who have never even visited Balochistan. Similarly, local certificates are issued by the deputy commissioners in Balochistan when a person is verified as a resident of the district by an elected representative at local level. Often, “fake local certificates” are issued to people from other provinces who either have links with bureaucrats and higher government authorities in the province or bribe them.

As a result, for decades thousands of people without actual ties to the province so far have held jobs and seized scholarship opportunities in national and foreign universities under Balochistan’s quota. As an example, one of the campaigners from Balochistan (who is also a student in the United States) on Twitter wrote that he was introduced to a young woman by a friend saying she was also from Balochistan and studying at an American University. He was excited until he realized the woman is “from Balochistan” because “her father held a position there once.”

“Fake domicile certificates” have benefited many people from other provinces seeking jobs and scholarship opportunities on Balochistan’s allocated quota. Balochistan has always been less competitive compared to other provinces due to the poor quality of educational institutes.

In consequence, this practice has continuously been depriving native residents of the province of opportunities they should have. As one post on Twitter argued, “In quota system, seats and jobs are distributed as per policy and if someone gets illegal domicile, it is open breach of law and against rights of native people.”

Abuse of the system has also been observed even within districts. A resident might seek domicile in a district with low literacy in order to achieve benefits including jobs and scholarships.

The laws in Pakistan as part of “Pakistan Citizenship Act” clearly asks authorities to make a proper inquiry before issuing domicile or local certificates. But like many other laws in Pakistan, this remains far from implementation and practice.

As compared to other districts, a few districts of Balochistan have a higher number of fake local certificate and domicile holders, including Barkhan, Kohlu, Musakhel, Loralai, Mastung, Chaghi, Gwadar, and so on.

In the early 2000s, when Gwadar emerged as a port city, its social and economic potential increased overnight. While investors from all over the world flooded to invest in “mega-city” projects, many people from other provinces in Pakistan went a step further by getting fake domiciles and local certificates using unfair means. This made it easier to secure job opportunities, as Gwadar Development Authority (GDA), Gwadar Port Authority (GPA), and several Chinese companies opened offices in Gwadar. “Even many Baloch[s] from Karachi used unfair means to get local certificates of Gwadar,” claimed a social media post.

Gwadar Youth Forum (GYF), a local youth organization, has raised the issue several times in district level protests. Among many other experiences they have had since 2006, the president of GYF shared a recent incident: “A few months back, a man from Karachi was appointed in the Fisheries Department here. When our organization investigated about his background, we found out all his documents, even his national identity card, said he belonged to Karachi, but the only document that made him a resident of Gwadar was a fake domicile.”

The issue of fake domiciles has also been raised in other parts of the province by Balochistan Development Campaign; a socio-political group of youth.

On January 9, 2017, the Pakistan Senate passed a resolution to investigate all the local and domicile certificates of employees in federal departments from districts of Balochistan. But well over three years after the resolution, no action has been taken yet.

Recently, on June 12, Senator Mir Kabeer Ahmed raised the issue in the Senate, asking to put the resolution into action. “In the last three years, letters were sent to different departments but none was eager to carry out an investigation,” he said, later tweeting, “The matter was sent to the cabinet committee to check the progress made so far.”

After the recent social media campaign #BalochistanRejectsBogusDomiciles rocked Balochistan and the issue was raised in the Senate, a number of deputy commissioners from different districts of Balochistan issued notices asking officers serving in government or the private sector under the federal quota for Balochistan to get their local or domicile certificates verified. These districts include Jafarabad, MusaKhel, Sibbi, Mastung, and Gwadar.

Even when all the district administrations send out notices, it will still be a rigorous process, demanding transparent and fair investigation. But since this investigation is limited to the employees of federal departments, the other unfair beneficiaries in provincial and district level departments as well as unfair recipients of scholarships will remain out of sight and continue the vicious cycle of exploitation.

The recent protests have indeed stirred an important debate and has begun the first process of investigation. But along with this, there is a dire need for further legislation to declare holding fake domicile and local certificates a punishable crime and all those involved held accountable.