Home Crime J&K: The majority believes in integration with India 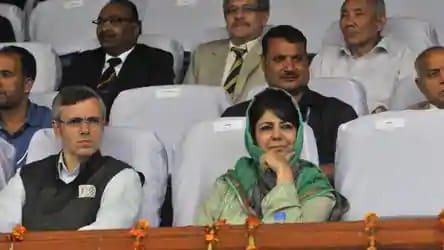 August 5 will mark a year since Article 370 was effectively nullified, the state of Jammu and Kashmir (J&K) was divided into two separate units, and both units — J&K and Ladakh — were made union territories (UTs). In light of the current domestic and external situation, it is time to review the policy approach towards J&K.

It is important to, first, recognise a paradox of the Kashmir policy. While everyone agrees that Kashmir is a political issue, which needs to be dealt with politically, the government’s efforts, to achieve peace and tranquility, have been centred on reducing Pakistani influence in social and political Kashmiri life.

There is, indeed, a strong section, particularly those loyal to the Jamaat-e-Islami, which believes that the state should have been part of Pakistan since 1948. But, in contrast, the majority in J&K believe that integration with India was the correct decision. The National Conference (NC), which has ruled the state for the longest period after accession, despite the usual political ups and downs, accepted the Indian Constitution and its democratic institutions — Supreme Court, Parliament, Election Commission, among others.

In this backdrop of the overall acceptance of the Indian State, Article 370 — focusing on exclusivity in certain spheres — played the role of assuaging the emotions of the state’s leaders and its people. Its nullification undermined the emotional connect. But that, too, was palatable: It was losing statehood that was considered unacceptable by the majority of J&K’s polity.

At a time when China is flexing its muscles in eastern Ladakh and is understood to want Pakistan to increase terrorist activities across the border, it is time to focus sharply on finding a political mechanism in J&K.

As the national polity gears up for elections in other parts of the country, there is no reason that people of J&K should be excluded from the political arena. The government’s core objective now in J&K has to be to restore democracy and hold elections. This, in turn, will require a three-step approach.

The first task is convincing mainstream political leaders in J&K to participate in elections. Credible interlocutors from the Centre will be needed for each party — the NC, Peoples Democratic Party (PDP), as well as the Congress — to persuade them to join the electoral process. Only this will make it legitimate and representative. Managing these elections, just like panchayat elections were “managed”, simply will not work.

It is instructive to go back to the past in this regard. In 1996, elections were conducted in the state after extended periods of President Rule. There was a recognition that without the participation of a regional party, there would be questions about its legitimacy.

Despite his initial reluctance, Farooq Abdullah consented to participate in polls. Attempts to form a second regional party failed before the polls. The NC, under Abdullah, won comfortably.

A boycott call by Hurriyat, and fear of militants, kept the voter turnout low in the Kashmir Valley and upper regions of Jammu, north of Chenab, but the other regions saw a high turnout.

But in subsequent elections, the turnout increased. By 2002, a second regional party — the PDP — took shape. The PDP, on two occasions, came to power — once in alliance with Congress (2002), and then in alliance with the Bharatiya Janata Party (BJP) in 2014.

There is also, now, a third political front of Altaf Bukhari and Ghulam Hassan Mir. This new party, perceived to be close to the Centre, also acknowledges that to have legitimacy, elections must have the participation of NC and PDP.

Whether NC and PDP agree to participate in elections in a UT, or whether they insist on restoration of statehood as a precondition, will have to be carefully examined. The NC and PDP leadership will initially show some hesitation in participating in UT elections — but nothing will be lost if statehood to J&K is restored, while keeping Ladakh as a separate UT. Prime Minister Narendra Modi himself has kept the door open for this.

This, then, requires the second step. All mainstream political prisoners, without any prejudice, must be released immediately. The government may also want to consider releasing leaders of moderate secessionist parties who have earlier shown some inclination to participate in elections.

The third step is security planning. To be sure, Pakistan will try to create trouble. It has closely noted the loss of local militant cadres of Hizbul-Mujahideen and even foreign militants of Jaish-e-Mohammed in the last six months.

There is a deliberate move to exaggerate the possible impact of Al Badr — a small group picked, trained and controlled by the Inter-Services Intelligence (ISI), which also includes ex-Pakistan army soldiers — to offset the low morale in the militant camp because of other losses, and infuse a sense of fear. While the J&K police is perfectly capable of taking it on, security forces should account for it in planning actions against terrorist groups.

They will also have to be prepared for the infiltration of fresh cadres of the Pakistan army, infused with extremist fervour, before passes close this winter. The new security matrix — where Pakistan will seek to synchronise its offensive along with China — will also have to be taken into consideration, but the Indian Army is capable of taking them on in this theatre.

The people of J&K would like normalcy to return, in the real sense of the term. They would like business, especially the travel industry, hit by both the developments of the past year and the Covid-19 pandemic, to revive.

Also, they would like to be part of the Indian State not only physically, but emotionally. They would like to exercise all the democratic rights enjoyed by citizens elsewhere, and elect their own representatives. The time is now ripe to announce the elections in the state — to be held along with elections in Bihar, later this year.

This will be the best gift to J&K as the one year anniversary of the constitutional changes approaches.