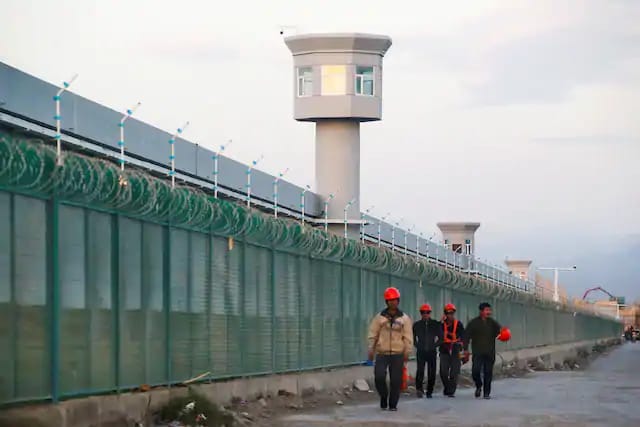 WHAT HAS been known until now about China’s persecution of the Uighurs and other Muslims in Xinjiang province has focused on cultural genocide: concentration camps intended to eradicate their language, traditions and ways of life. This was cruel enough. But new evidence has surfaced that China has also imposed on the Uighurs a form of demographic genocide with forced sterilizations and other measures aimed at reducing the population.

The disclosure comes in an investigative report from the Associated Press and a new research report by scholar Adrian Zenz for the Jamestown Foundation. The new evidence shows that China is systematically using pregnancy checks, forced intrauterine devices, sterilization and even abortion to reduce the population of Uighurs and other Muslims in Xinjiang. Moreover, having too many children is being punished by incarceration in the camps. According to a set of leaked data, obtained and corroborated by the AP, of 484 camp detainees listed in Karakax county in Xinjiang, 149 were there for having too many children, the most common reason for holding them. Detention in camps — which the government claims is vocational education — is written policy in at least three counties for parents with too many children.

The AP reported that authorities have gone hunting for such parents, ripping them away from their families unless they can pay huge fines.

Mr. Zenz found that the Xinjiang authorities planned in 2019 to subject at least 80 percent of women of childbearing age in four rural southern prefectures to intrusive birth prevention surgeries, intrauterine devices or sterilizations. Moreover, in 2018, 80 percent of all new IUD placements in China were performed in Xinjiang — despite the fact that the region makes up only 1.8 percent of the nation’s population.

The campaign to depress the Uighur population appears to be working. Birthrates in the mostly Uighur regions of Hotan and Kashgar plunged by more than 60 percent from 2015 to 2018, the latest year available in government statistics. Across the Xinjiang region, birthrates continue to plummet, falling nearly 24 percent last year alone, compared with just 4.2 percent nationwide.

China long employed coercion in family life with its one-child policy, now abandoned. In Xinjiang, it has sought to whitewash the horrors it is inflicting on people. The new disclosures make it even more urgent that China’s leaders be pressed to account for these atrocities. The measures fall within the definition of genocide in the 1948 Convention on the Prevention and Punishment of the Crime of Genocide, which includes “imposing measures intended to prevent births within the group.” China is a signatory but rejects the jurisdiction of the International Criminal Court.

President Trump has just signed a new sanctions law against individuals who are found responsible for abuses in Xinjiang. But China’s treatment of the Uighurs is so reprehensible that it calls into serious question whether China should be permitted to proceed as host of the 2022 Beijing Winter Olympics. Why should the world sports community honor a country that has committed genocide?