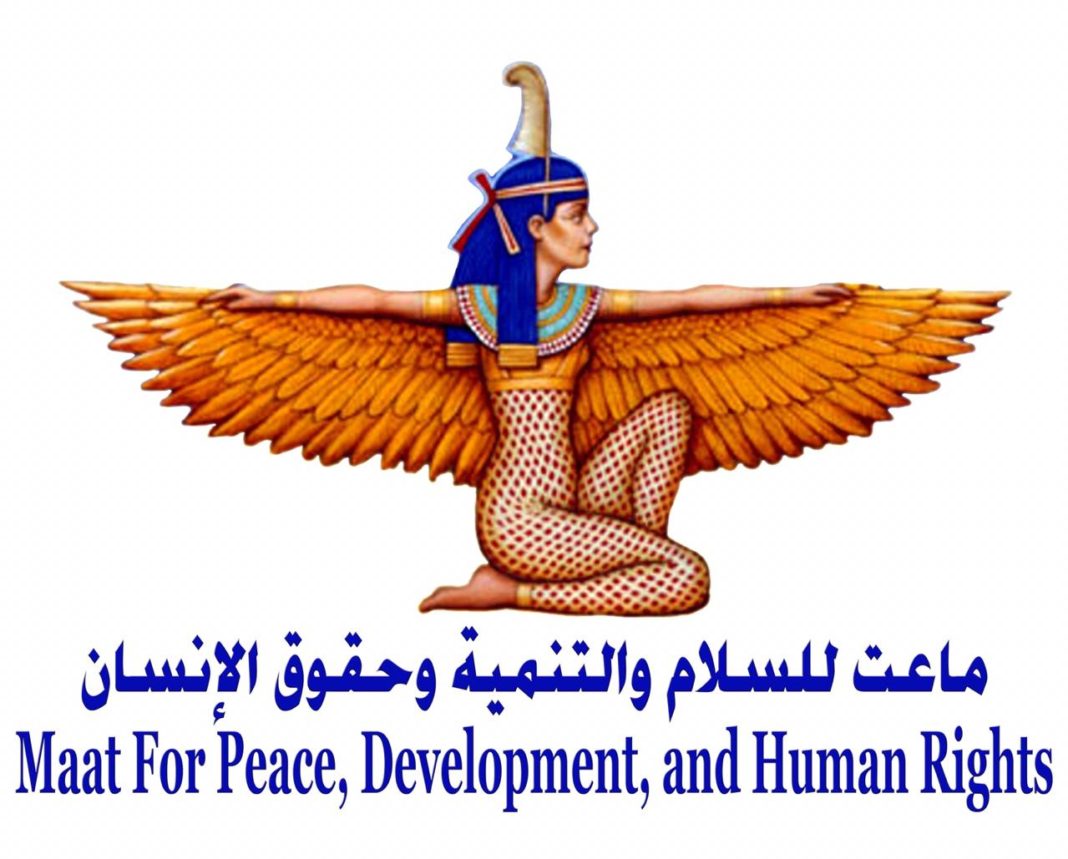 In memory of the alleged coup, Maat for Peace issues a report on the human rights situation in Turkey during the first half of 2020

Okeil: The Turkish regime used the coup attempt as a pretext to abuse opposition

Sherif Abdel Hamid: Erdogan’s violations are not limited to the Turkish interior only 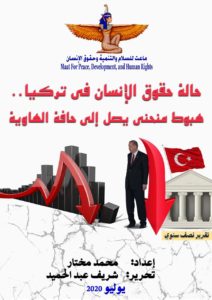 Today, four years passes since what the government of Turkish President Recep Tayyip Erdogan calls a failed coup attempt, and the opposition considers it a plan by the ruling party, whose events took place on the 15th of July 2016, and on this occasion, Maat for Peace, Development and Human Rights issues a report entitled “Human Rights Situation in Turkey … a curved landing that reaches the brink of the abyss “, which includes the period from January to June 2020, to monitor and analyze the human rights situation in Turkey including incidents of torture, trials of journalists, imprisonment of human rights defenders, opinion activists, mass arrests of citizens, violations against minorities and attacks on peaceful marches.
Besides; internal interventions in foreign countries, domestic violence against women, violation of academic freedoms, restrictions on the freedom of the Internet and failure to guarantee workers ’rights.

The report emphasized that the human rights curve in Turkey declined significantly during the first half of 2020, as the Turkish authorities implemented large-scale arrests that included the arrest and removal of thousands without any legal basis, and also arrested and detained thousands of Turks for false reasons among peaceful oppositions.
Political prisoners, due to their opposition with some representatives of the ruling party.
Human rights activists and opposition in prisons and detention centers are systematically subjected to torture and other forms of brutal treatment, in light of the immunity from accountability enjoyed by members of the security services.

The report identified that the attempted coup provided Legitimacy of members of the security services in Turkey to practice widespread human rights violations of torture and ill-treatment without specific mechanisms of accountability and prosecution.

The report indicated that the number of prisoners in Turkey has reached about 300 thousand prisoners, 17% of whom are for political reasons and have been accused of supporting terrorism and extremism. The number of persons accused of participating in the coup attempt has reached about 50 thousand people including former military personnel, civilians, journalists and other groups of society so far. Oppositions of the Turkish government policies, 4,634 judges and prosecutors, 24419 policemen were dismissed from the General Security Authority, and 16,409 military students were dismissed from the Military Academies, in addition to the dismissal of 5,210 governors and administrators, with 6,168 employees excluded from the Ministry of Justice.
The report pointed out that Turkey ranks 154 out of 180 countries in the World Press Freedom Index for 2020, and the Turkish authorities issued decisions to block 53 newspapers, 34 TV channels, 37 radio stations, 20 magazines, 6 news agencies and 29 publishing houses, as well On the ban on many news sites that broadcast digital over the Internet. There are also at least 103 journalists and media workers behind Turkish prisons, either in pre-trial detention or serving a sentence.

Ayman Okeil, President Maat Association, stated that the Turkish regime used the coup attempt as a pretext to commit many human rights violations, as thousands of peaceful protestors and oppositiond were detained and imprisoned, including journalists, former parliamentarians, academics, lawyers, human rights and democractic activists. Some were also subjected to enforced disappearance, held incommunicado for months in unknown locations, without any legal justification, and charged with broad accusations.

Okeil added that the Turkish government has weakened the role of the judiciary and systematically employed the terrorism law to legitimize the ongoing campaign to silence and eradicate independent civil society and confront journalists and political parties through brutal and widespread violations of human rights. It widely used the emergency law to justify the massive campaign to silence all opposition voices.

Okeil affirmed that Erdogan’s regime used the coup attempt as an excuse to fail to improve the deteriorating and deadly conditions of detention places in Turkey, where torture, degrading treatment, medical negligence, and inhumane conditions led to the death of many detainees in prisons.
For his part, Sherif Abdel Hamid, Head of the Research and Studies Unit at Maat for Peace, said that since the attempted coup, academics, journalists, and writers have faced referrals to criminal investigation, prosecutions, and various forms of intimidation, harassment, and constant censorship.
Violations also include restricting public freedoms and issuing laws that restrict freedom of opinion and expression, in addition to blocking websites, which contravenes international norms and covenants, especially Article 19 of the International Covenant on Civil and Political Rights.

Abdul Hamid added that the Turkish violations of the criteria for protecting human rights are not only internal, but also extended to other countries, especially after the Turkish authorities launched many military operations outside their lands to achieve political, military and economic goals, at the expense of the rights of the citizens of these countries.

The Head of the research unit stated that Turkey interfered in Syria, Libya and Iraq, and committed the most heinous crimes in these countries that amount to war crimes and crimes against humanity. This is a violation of United Nations Resolution No. 36/103, which stipulates that it is not permissible to interfere in all its forms in the internal affairs of countries, and in violation of Article Two, paragraph 7 of the Charter of the United Nations, which states that there is no external interference in the affairs of states of any kind.