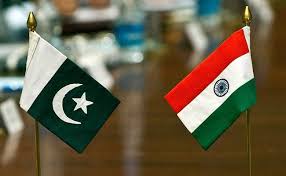 Facebook
Twitter
Pinterest
WhatsApp
ClickTV.in Special
November  3, 2020
Pakistan’s politics on Gilgit Baltistan has no meaning. It should rather think of the development of its state and country and stop interference in people’s life in the valley including the Gilgit Baltistan, fomenting terrorism and interfering in the internal affairs of India, said Shujaat Ali Qadri, National President Muslim Students Organization (MSO)…….
Qadri said that Gilgit Baltistan is a part of India and Pakistan is creating more trouble for itself by giving the region statehood. Pakistan has been overwhelmed by successive diplomatic defeats over the Kashmir Valley, Gilgit and Baltistan. Recently Saudi Arabia removed Gilgit Baltistan from the map of Pakistan and in the past, the Pakistan Embassy in Riyadh also expressed displeasure over an event organized for Kashmir. It is a state of frustration for Pakistan over Gilgit Baltistan. After this situation, due to internationalization of Kashmir in world diplomacy, Pakistan has been doing foolish things.
Qadri said that Pakistan should understand that the issue of Kashmir Valley, Gilgit and Baltistan is two-way and should sit with India and try to resolve the issues of the region by mutual agreement. He reiterated that Pakistan has increased its problems by giving State status to Gilgit Baltistan. Qadri said that protests are going on in Pakistan against Prime Minister Imran Khan. In such a situation, he is politicizing Gilgit Baltistan to divert public attention.
He is also blaming India for the ongoing Shia Sunni terrorism in the country, but he is forgetting that the Pakistan government should look into its poverty by failing to stop the terrorism prevailing in the country. Qadri reminded that on the 8th of last month, the Jammu Kashmir Liberation Front and the Student Liberation Front have staged a massive protest against the Government of Pakistan in the city of Muzaffarabad. Both these organizations are also opposing the grant of separate statehood status to Gilgit Baltistan.
The national president of the MSO said that Pakistan is doing all this under pressure from China because Gilgit Baltistan of Pakistan occupied Kashmir meets China and China wants that it can make an impact in the region by giving a separate identity to Kashmir. China’s ‘One Belt Road Initiative’ also passes through Gilgit Baltistan. He exhorted Pakistan that Kashmir was fully merged with India in 1919 and Pakistan should terminate its occupation from Kashmir, Gilgit and Baltistan, acting on India’s demand.