Home CRITICLES Rahul Gandhi slams Islamabad for unrest in Kashmir, for having ‘instigated and... 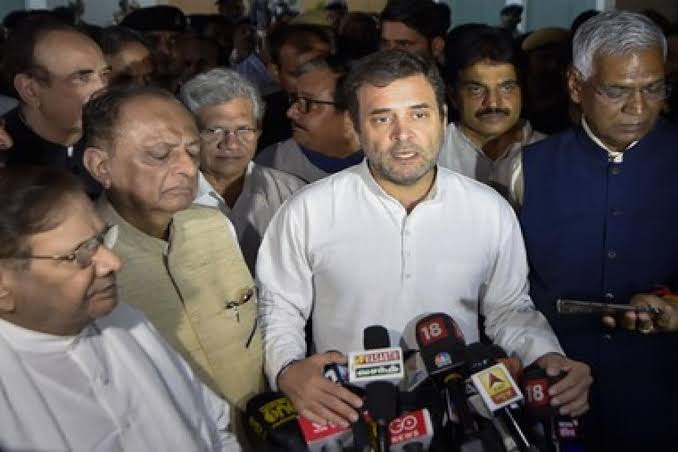 Congress president Rahul Gandhi on Wednesday clarified his stand on the situation in Kashmir after Pakistan quoted his criticism for the Narendra Modi-led government’s decision of abrogating Article 370 in the restive state. Pakistan’s minister for human rights Shireen Mazari on Tuesday wrote to the United Nations regarding the Kashmir issue and said that “mainstream politicians like Mr Rahul Gandhi have also acknowledged the acts of violence”.

On Wednesday, Rahul tweeted, “I disagree with this government on many issues. But, let me make this absolutely clear: Kashmir is India’s internal issue and there is no room for Pakistan or any other foreign country to interfere in it.”

Rahul, among other Opposition leaders, has been at loggerheads with the government over its handling of the unrest in the Kashmir Valley ever since the abrogation Article 370 scrapping the special status of the state, which also accorded it a degree of autonomy. Last week, a delegation of Congress leaders, including Rahul, made an unsuccessful attempt to visit the detained former chief ministers of Jammu and Kashmir, Mehbooba Mufti and Omar Abdullah.

However, they were sent back to New Delhi from the state capital, Srinagar’s airport. Rahul also criticised Governor Satya Pal Malik for the behaviour of a “draconian” government over the restrictions imposed in the state.

In response, Malik accused the Opposition leaders of making statements were “helping Pakistan create an atmosphere of unrest in the region”.

He added, “This time, administration categorically told him not to come as it can disrupt the situation and normalcy is being restored and that we are dealing with threats from Pakistan. The administration has told him that his remarks will only give ammunition to Pakistan and this is exactly what happened. Pakistan PM Imran Khan mentioned the same in his tweet. This is a matter of national interest. He should help us restore normalcy.”

Meanwhile, the communications clampdown and curfew imposed by the Centre as “preventive measures” continued in some parts of the Valley on Wednesday even as the administration said that high schools would be opened in areas where restrictions have been lifted. In a press conference after Eid earlier in August, the administration stated that restrictions would be lifted “region-by region” based on reviews of the security situation.