Home CRITICLES Sindhis do not have any hope in Pakistan— Sindhi Activist, Sufi Laghari 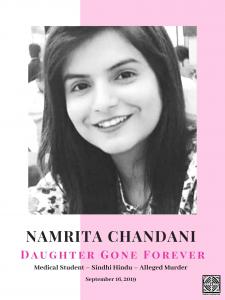 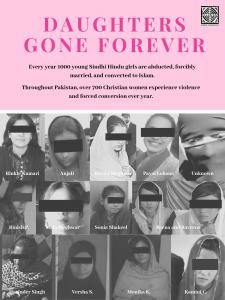 ,” Sindhis do not have any hope in Pakistan, our daughters are brutally murdered or gone for ever in the hands of extremists, and many Sindhis are leaving because of fear””

NEW YORK, NEW YORK, USA, September 24, 2019 /EINPresswire.com/ — Sindhi Foundation invites you all to join for an event Daughters Gone Forever during the United Nations General Assembly on September 26, 2019. This event will raise awareness and bring forth justice for the thousands of young Sindhi girls being forcefully converted to Islam in Pakistan.

“Sindh has always been peaceful, coexistent and democratic. Through these efforts we want to raise awareness about the beauty of Sindhu Civilization which is based on love, equality, and happiness,” said Dr. Maqbool Halepota, President of Sindhi Foundation.

Sindh, a southern province in Pakistan, has been subject to numerous abuses by the Pakistani government Sindhi Foundation calls on worldwide leaders to question and pressure Pakistan on forced conversions of Sindhi Hindus and Christians throughout the country, especially in Sindh.

Sufi Laghari, Executive Director of Sindhi Foundation said,” Sindhis do not have any hope in Pakistan, our daughters are brutally murdered or gone for ever in the hands of extremists, and many Sindhis are leaving because of fear”

The Pakistani government, religious leaders and politicians are involved in the religious persecution. The aim of these influential leaders is to convert young girls to Islam in the easiest way possible: abducting them, abusing them, and marrying them off to older Muslim men. These girls are never able to see their families again; they are “Daughters Gone Forever”.