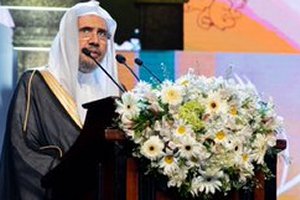 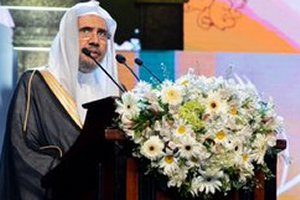 The Secretary-General handed over the donation to President Maithripala Sirisena at the end of the National Conference on Peace, Harmony and Coexistence held at Nelum Pokuna Theatre in Colombo Tuesday.

The National Conference on Peace, Harmony, and Coexistence commenced Tuesday under the patronage of President Maithripala Sirisena and with the participation of religious leaders of all faiths. Secretary-General of the Muslim World League joined the conference as the chief guest.

Maat Highlights the Dangers of Drones to Civilians