Home CRITICLES The duplicity of Turkey and Pakistan: Preaching Human Rights on Kashmir and... 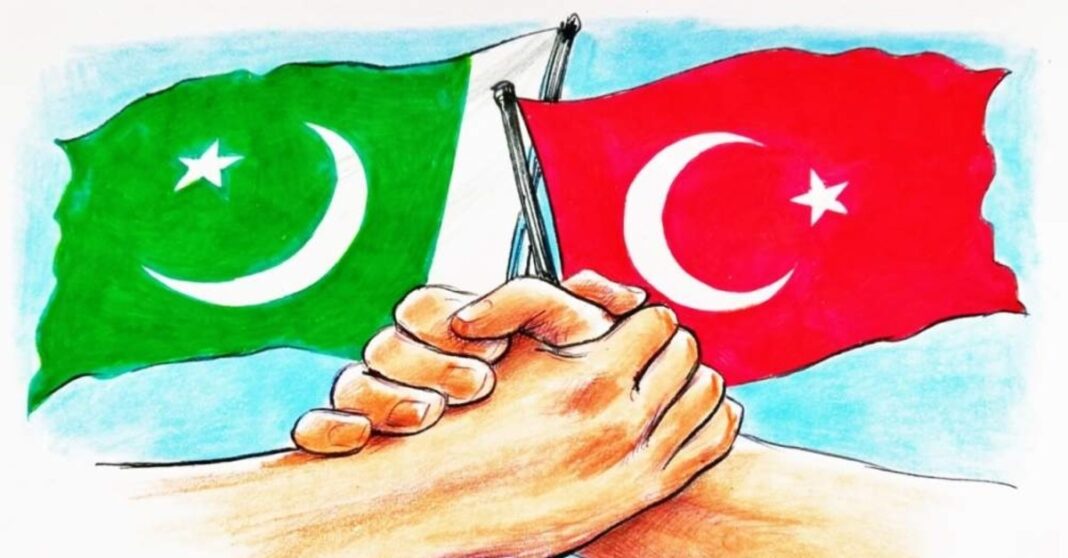 In order to achieve clearly ulterior ideological motives, Turkey and Pakistan have been blindly supporting each other not only in defense relations but also at the diplomatic level globally. Recently, when there was a border dispute with Greece in the Mediterranean Sea, Pakistan had openly declared its support for Turkey without even assessing the conflict and its ramifications. Similarly, in the Mediterranean Sea, the navies of Pakistan and Turkey also declared solidarity by conducting military exercises. In return, Turkey openly supports Pakistan when it comes to Kashmir, be it an international platform or a regional diplomatic conclave. Turkish President Erdogan has consistently raised the issue at the UN forum to the extent of averring in February 2020 that the Kashmir issue is ‘as important to Turkey as it is to Pakistan’.

Since then, the Turkish President Erdogan is constantly trying to preach India on its human rights record in Kashmir in its bid to gain sympathy from South Asian Muslim countries to challenge Saudi Arabia’s monarchy in the Islamic world. Therefore, Erdogan teamed up with the then-Malaysian PM Mahathir Mohamad and Pakistani PM Imran Khan to form an alliance of non-Arab Islamic countries in an attempt to overshadow the Saudi-led OIC.

In recent years, Erdogan has repeatedly raised the Kashmir issue at the United Nations on several platforms locally and internationally. In September last year, he flagged the Kashmir issue while addressing the UN General Assembly, and said that Kashmir was a burning issue and crucial for peace and stability in South Asia. “This has become even more serious problem after the removal of the Special Status of Jammu and Kashmir (Article 370). We want to solve this problem under the UN resolution” Erdogan said in a gesture to openly support Imran Khan, the prime minister of Pakistan during his address.

On the occasion of Eid-ul-Azha in August last year, Turkish President Erdogan assured Pakistani President Arif Alvi of earning him an avid international support for Kashmir.

Erdogan has compared Kashmir to Palestine many times. Not only that, he has also falsely accused India of perpetrating more grievous atrocities in Kashmir after the outbreak of the Covid-19. While the truth is that Erdogan, who is trying to teach India a lesson of democracy on Kashmir, is known in Turkey’s progressive cohorts as a populist and a staunch Islamist dictator who supports several radical Salafist organizations across the world including the notorious Ikhwan-ul-Muslimin which is banned in Egypt.

Turkey has now emerged as the second largest center of ‘anti-India propaganda’ after Pakistan. According to reports, radical Islamic organizations in all parts of the country, including Kerala and Kashmir, have their sources of funding from the Turkish establishment. Most deplorably, Turkey is trying to dissuade Muslims in India, disassociate them with their local culture and ethos, pluralistic Indo-Islamic values and thus recruit extremists to further political ends. His attempt to expand his influence through the nostalgia of the Ottoman Caliphate/Khilafat-e-Usmaniya among South Asian Muslims is an open secret now.

Egregious abuses of human rights within Turkey— persecution of the Hizmet Movement Sufi followers, jailing of interdependent journalists, enforced disappearance of scores of judges and lawyers, arrest and arbitration of teachers and many pregnant woman teachers accused of being linked to the Gulenist Network, sectarian attacks on the Shiite minority, and last but not the least, the conversion of the historic Hagia Sophia Museum into a mosque that remained a church until 1453; All these candidly expose the height of duplicity of Turkey on the issue of Human Rights. Violators of human rights only preach and never practice.

The Syrian Observatory for Human Rights has claimed in recent reports that Turkey is in the process of deploying Sadat—an organization of its mercenaries active in Syria—in Kashmir. Sadat is led by Adnan Tanarivardi, Erdogan’s military adviser. Who has appointed a Kashmir-born terror sympathizer and a 24-hour anti-India propagandist Ghulam Nabi Fai set up a base in Kashmir. Fai has been sentenced to two years in a US jail for recruiting mercenaries and tax evasion against India at the behest of Pakistan. An active member of the radical organization Jamaat-e-Islami, Fai set up the American Council of Kashmir (KAC) to plot against the developments in Jammu & Kashmir in the US.

In fact, the current Erdogan government in Turkey is an Islamist regime in a country which was actually a cradle of democracy, human rights and freedom of religion and a glaring example for most Muslim nations in terms of secular ethos. But of late, it has become a populist state full of political duplicity and moral bankruptcy and hypocrisy. This can be clearly seen that Turkish President Recep Tyep Erdogan is now habitual to preach to the world about what is right and wrong, and thus ‘enjoining good and forbidding evil’ (an Islamist doctrine of religious reformism often quoted by the radical and extremist organizations across the Middle East, based on some misunderstood Verses of the Qur’an).

Clearly motivated by political ulterior motives, Turkish President Erdogan has been propagating the misleading rhetoric on the internal regional issue of Kashmir in a crazy bid to target against the interests of India to back up Pakistan in its ruthless propaganda on international forums including in the ongoing United Nations Human Rights Council session in Geneva.

Until now, India has responded to Erdogan’s blunts by merely focusing on bilateral relations. But this time, it’s too much, and it cannot be easily digested. While Pakistan, China and Turkey don’t pull any punches in collectively targeting India on international platforms like the United Nations in a collaborative and coordinated manner, India continues to looks up to the mankind, including of course, all the different types of nations and the world as ‘One Family’ in tandem with the Indian idea of “Vasudhaiv Kutumbakam”. But as the saying goes on in Arabic language, don’t remain innocent and saintly enough to let your enemies totally destroy you.

This is precisely why, it seems, India on has asserted itself with a strong position to counter Turkish President Erdogan and his allies on the issue, especially the Organisation of Islamic Countries (OIC). “OIC was misled by Pakistan during its submissions at the UN Human Rights Council (UNHRC)”, India said.

Exercising its right of reply to the statements made by Pakistan and the OIC, Indian diplomat Pawankumar Badhe rejected the reference to the UT of J&K in the OIC statement. The 57-member organisation, he said, has no locus standi to comment on matters related to J&K, which is an integral and inalienable part of India. He expressed great regret that the “OIC continues to allow itself to be exploited by Pakistan to indulge in its anti-India propaganda”.

The United Nations Human Rights Council began its 46th session on Monday. The foreign ministers of each country took turns: India’s foreign affairs minister, S Jaishankar spoke about terrorism, the pandemic, and vaccines; US Secretary of State Antony Blinken spoke about democracy, harmony, and stability; but Turkey’s foreign minister stooped too low to speak on the run of the mill topic of Kashmir to score a goal in the Islamist circles and gain more Muslim sympathizers in South Asia and South East Asia, particularly in Pakistan and Malaysia.

Isn’t it a clear duplicity and irony that Turkish Foreign Minister Mevlut Chavu-Shoglu, while speaking on Kashmir at the UNHCR, pulled no punches in targeting India but uttered no single word on the rights of Kashmiris in PoK? Blatantly, Turkish FM made no mention of the state-sponsored terrorism of Pakistan in Kashmir and the entire South Asian region.