Home Crime The UAE’s response has been the most positive. Pakistan has upped the... 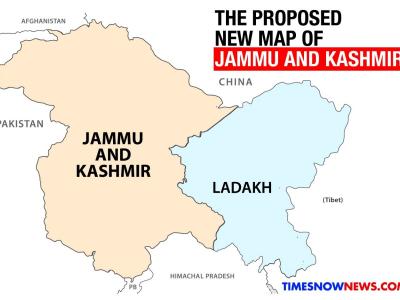 Responses from the international community continued  a day after India announced its decision to revoke the special status of Jammu and Kashmir state, and bifurcate it into two territories – Jammu Kashmir and Ladakh – to be governed directly by the government at the centre – at least for the time being.

United Nations Secretary-General Antonio Guterres urged all parties to “exercise restraint,” his spokesman Stephane Dujarric said. He added that over the past few days the UN Military Observer Group in India and Pakistan “has observed and reported an increase in military activity” along the highly militarized LoC.

The US, whose President Donald Trump had recently raised hackles in New Delhi with his offer to mediate between India and Pakistan,  said in a statement , “We are closely following the events in the state of Jammu and Kashmir. We take note of India’s announcement revising the constitutional status of Jammu and Kashmir and India’s plan to split the state into two union territories.”

US state department spokesperson Morgan Ortagus said  “We note that the Indian government has described these actions as strictly an internal matter” but said that US was “concerned about reports of detentions and urge respect for individual rights and discussion with those in affected communities.” “We call on all parties to maintain peace and stability along the Line of Control,” she added.

Chinese Foreign Ministry spokesperson Hua Chunying on Tuesday said in a written response  China is “seriously concerned” about the current situation in Kashmir. “The parties concerned should exercise restraint and act with caution, especially to avoid actions that unilaterally change the status quo and exacerbate the tension,” she added.

“We call on the two sides to peacefully resolve relevant disputes through dialogue and consultation and safeguard regional peace and stability,” she said. Asserting that China’s position on Kashmir was “clear and consistent”, Foreign Ministry spokesperson Hua Chunying said the issue is a legacy of history between India and Pakistan, which is also the consensus of the international community.

In a separate statement, the Chinese foreign ministry spokesperson objected to the formation of Ladakh as Union Territory highlighting China’s claims over the area.

“China always opposes India’s inclusion of Chinese territory in the western section of the China-India boundary under its administrative jurisdiction,” she said. “This position is firm and consistent and has never changed. The recent unilateral revision of domestic laws by the Indian side continues to undermine China’s territorial sovereignty, which is unacceptable and will not have any effect,” she added.

She urged the Indian side “to be cautious in its words and actions on the boundary issue, strictly abide by the relevant agreements reached between the two sides and avoid any move that further complicates the boundary issue.”

India and China have 3,488-km long Line of Actual Control (LAC) between them and have held  21 rounds of Special Representatives talks so far to resolve the boundary dispute.

Indian External Affairs Ministry spokesperson Raveesh Kumar immediately issued a rebutta, saying “The Jammu and Kashmir Reorganization Bill 2019, introduced by the Government in Parliament on 5 August, which proposes the formation of a new “Union Territory of Ladakh” is an internal matter concerning the territory of India. India does not comment on the internal affairs of other countries and similarly expects other countries to do likewise.”

Regarding the boundary question Mr. Kumar said }So far as the India-China Boundary Question is concerned, the two sides have agreed to a fair, reasonable and mutually acceptable settlement of the boundary question on the basis of the Political Parameters and Guiding Principles for the Settlement of India-China Boundary Question. Pending such a settlement, both sides have agreed to maintain peace and tranquility in the border areas on the basis of the relevant agreements.”

The British Foreign and Commonwealth Office (FCO) spokesperson said “We are following developments closely and support calls for the situation to remain calm,” the Press Trust of India reported on Tuesday. The statement was made in reference to the issue which has led British MPs to express both “grave concern” and “strong support”.

The chair of Britain’s All Party Parliamentary Group (APPG) on Kashmir has written to UK foreign secretary Dominic Raab to flag the human rights concerns and ask if the UK will be raising the issue at the next UN Security Council in September, the agency reported. Others in the group have hailed India’s move to scrap the constitutional provision.

Turkey expressed concern Monday regarding India’s decision to revoke Article 370 of the Constitution which grants a special status to Jammu and Kashmir. “We are concerned that the annulment of Article 370 of the Constitution of India on 5 August 2019 which accords a special status to Jammu-Kashmir could further increase existing tensions,” the Turkish Foreign Ministry said in a statement.

“We sincerely hope for the resolution of the problem through dialogue and within the framework of the relevant UN resolutions by observing the legitimate interests of all people of Jammu-Kashmir as well as Pakistan and India,” it added. Turkey is ready to contribute to efforts to reduce tensions in the region if the parties agree, the statement stressed.

While by and large the Muslim world has remained silent, the most positive response has come from the United Arab Emirates. Dr Ahmad Al Banna, the UAE ambassador to India has said that the UAE has taken note of the Indian government’s decision of non-operationalisation of some sections of Article 370 of the Indian Constitution related to the state of Jammu and Kashmir.

“We also took note of the introduction of Jammu and Kashmir Reorganisation Bill in the Indian Parliament aimed at replacing Article 370 with the creation of Ladakh region and the state of Jammu and Kashmir as India’s two new Union Territories.” Dr. Banna commented that from his understanding the reorganisation of states is not a unique incident in the history of independent India and that it was mainly aimed at reducing regional disparity and improving efficiency. He viewed this latest decision related to the state of Jammu and Kashmir as an internal matter as stipulated by the Indian Constitution, adding that “We expect that the changes would improve social justice and security and confidence of the people in the local governance and will encourage further stability and peace.”

Pakistan further upped the ante with Prime Minister Imran Khan addressing a joint session of Pakistan’s National Assembly, where he warned of “incidents like Pulwama are bound to happen again” Pakistan’s Army Chief General Qamar Javed Bajwa said earlier on Tuesday that the “Pakistan Army firmly stands by the Kashmiris in their just struggle to the very end,” reported Reuters. Pakistan has also said it would take the issue to the UN Security Council and on Tuesday Pakistani Foreign Minister Shah Mehmood Qureshi addressed a special meeting of the Organization of the Islamic Conference (OIC) in Saudi Arabia’s Jeddah, on the situation in Kashmir.

On Tuesday India’s parliament approved the resolution to revoke Article 370 of the Constitution and thereby revoke Kashmir’s special status and passed the Jammu and Kashmir reorganisation bill  to bifurcate the state into two union territories – Jammu and Kashmir and Ladakh, which would be ruled directly by the Centre. However, Minister for Home Affairs Mr. Amit Shah has assured that full statehood will be restored to Jammu and Kashmir at “appropriate time” and after “normalcy” returns.

Hailing the passage of bills on Jammu and Kashmir in Parliament as a “momentous occasion”, PM Modi said a new dawn awaits the people there as they are now free from the “shackles” of vested interest groups. “Special congratulations to the people of Ladakh! It is a matter of great joy that their long-standing demand of being declared a Union Territory has been fulfilled. This decision will give impetus to the overall prosperity of the region and ensure better developmental facilities,” the prime minister said.

The bill was passed in the first session of India’s 17th parliament.