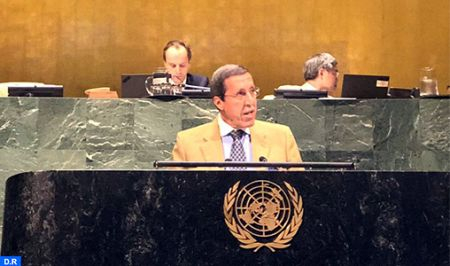 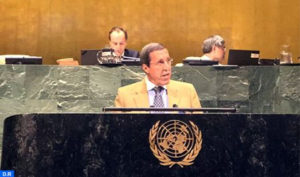 The UN General Assembly unanimously adopted on Thursday a Morocco-proposed resolution on the promotion of interfaith and intercultural dialogue and the fight against hate speech.

The resolution urges the international community to undertake initiatives aimed at promoting dialogue, tolerance, understanding and cooperation between religions and cultures

When presenting the resolution before the General Assembly, Morocco’s permanent representative to the United Nations in New York, Omar Hilale, stressed that the objective of this text is to raise awareness within the international community about the dangers of hate speech.

The Moroccan diplomat added that today’s world is going through a turbulent period, characterized by the exacerbation and multiplication of hate speech, which is contrary to the values of peace, tolerance, and coexistence.

The adoption by consensus of this resolution and its co-sponsorship by ninety countries, from all regional groups and various cultural and religious sensitivities, reflect the role played by Morocco as a promoter of dialogue and moderation. This also illustrates the kingdom’s status as a bridge builder of tolerance and coexistence between nations and groups.