Home CRITICLES Arshad Alam: ‘The Babri Judgment: Why Muslims Must Question Some of Their... 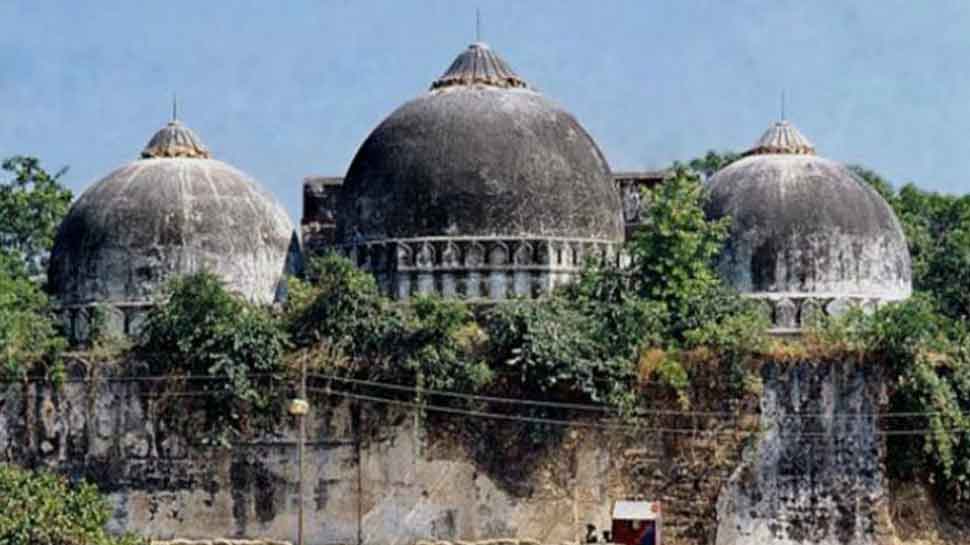 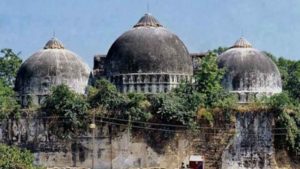 It is more or less clear that the Supreme Court will deliver its verdict on the contentious Babri mosque issue very soon. Going by the recent SC judgments, it is unlikely that the court will delay the verdict any more. The recent judgments have also given us a clue as to which way the verdict will sway. However, assuming that the SC is still neutral, the highest court will deliver its verdict either in favour of the ‘Muslim party’ or in favour of the ‘Hindu party’. It cannot make both parties coparcenary as this was precisely the spirit of the Allahabad High Court judgment which the SC has already rejected. This time, the title suit will be settled once and for all.

Let us also not forget that we are talking about a mosque which was demolished in full view of TV cameras. There are cases on political leaders who enabled this to happen but all those court cases lie in shambles today. Those who exhorted the mobs to destroy the mosque went on to occupy the highest offices in the country. What has reached maturity within the court is not the criminal destruction of the mosque, but the question whether the mosque belonged to the Muslims in the first place.

In the wake of near certainty that a verdict is in the offing, Muslims must be ready with a response. It is all very well to say that Muslims will abide by the SC judgment, but it is also a fact that it is an emotional issue for Muslims. A closure for Muslims will not come through a legal verdict, but only through a well thought out response to the issue. There are two possibilities within which the verdict can come and Muslims have to be ready to respond to both these possibilities.

The first possibility is that SC decrees the title deed in favour of Muslims. There will certainly be euphoria within the community that a historical wrong has been acknowledged by the highest court of the country. However, if this is the case, then what should Muslims do? Should they then demand that a mosque be built at the same site where it once existed? Pragmatically speaking, even if the law is on the side of Muslims, they will not be able to construct a mosque on the same site. This is because the Ram Mandir is also an emotional issue for the Hindus and they will never let this happen. If Muslims press on this issue, the country will have to pay a very great cost. Also, given the nature of political context today, this might be counter-productive for Muslims.

Thus, in case of a favourable verdict, Muslims must welcome the judgment, but they should also be willing to gift the land to Hindus. In doing this, they should not put any condition on the other side; they should just gift the land as an act of pure goodwill. Such an act will not be an act of cowardice; rather it will be from a position of strength. This gesture might also become a turning point in Hindu-Muslim relations in India, which is currently extremely vitiated due to a number of factors.

The second possibility is that the SC rules in favour of a temple. Muslims must be ready for this eventuality as this seems be the most likely outcome of this decades old litigation. In this scenario, Muslims will have no option but to welcome the SC judgment with full conviction. There are sections within Muslims who might feel let down if this is the outcome of the litigation. Part of the reason for this seems to be that they are sure that the law is on their side. However, litigations like this are mostly driven by political considerations and it is highly likely that the verdict of the highest court might also be driven by political considerations. To put it brutally, Muslims have no option but to willingly give up the land. Whether they win the case or lose it, Muslims should part with the land on which once stood the Babri mosque. But even if done with honesty and sincerity, this will not be enough to bring closure of the issue for Muslims.

A closure around the issue of Babri mosque cannot come without a deep introspection about the nature of Muslim belief and where and how we have made mistakes in the past. For the greater part of Muslim political life, we have made choices which have been counter-productive to the very ethos of pluralism and the rule of law. Muslims have demanded exceptional privileges for themselves under the garb of secularism. We need to just rewind back to the years of Shah Bano agitation and see the kind of political demands Muslims made to the state. Muslim leadership actually told the parliament and the highest court of this country that they want to live according to their own religious laws. In short, the legislative progress that the country wanted to make by reforming personal laws was seen as un-Islamic by Muslim leadership; not just the religious ones but also the so called political ‘secular’ Muslim leaders. If one community, which is the largest minority, decides to live by its own personal laws and on the other hand there is constant reformation within the religious laws of the majority community, then there is bound to be reaction against the minority community and its perceived religious privileges.

If Muslims argue that their faith is above the Constitution (as they did during the Shah Bano judgment), what stops the Hindus from arguing that it is their faith that a temple existed at the very place where Babri mosque once stood. As a minority, Muslims should have been the first to believe in the rule of law and equality before law. They should have been the first to fight for constitutional guarantees for everyone. And yet, we have seen that Muslims have done the exact obverse of what was expected of them. Granted that the current political climate has many reasons behind it, but a truthful search of its causes will bring out the part played by Muslim religious belligerence.

Part of the reason why Muslims behaved the way they did is their understanding that Islam is perfect for all times to come. The problem with this kind of thinking is that it is automatically antithetical to any kind of reform. Moreover, Islam is understood through the Quran and Hadees and therefore, it is argued that there cannot be any debate about the nature of these revelations or their suitability in the present context. Through centuries of indoctrination, Muslims have come to believe in a certain superiority of their scriptures over all other faith traditions. In a context where the majoritarian religion believes that there are multiple paths to the same truth, Islam continues to hold forth that theirs is the only path of redemption. They continue to believe that except Muslims, everyone else is destined for hell. Not only does this interpretation believe that non-Muslims are astray but it also believes that they are inferior in terms of their religious understanding. This kind of an attitude is bound to create a reaction within the majority community.

A true closure to the Babri issue and many other issues which it has given rise to will happen when Muslims genuinely start interrogating some of the fundamental hegemonic religious myths which they continue to believe in. We can start by accepting that Islam is just one of the many ways of achieving the ‘final truth’ and that there are many other religious faiths which are all equally worthy of exploration and emulation.

Arshad Alam is a columnist with NewAgeIslam.com