Home CRITICLES Article 370: What is the impact of abrogation? 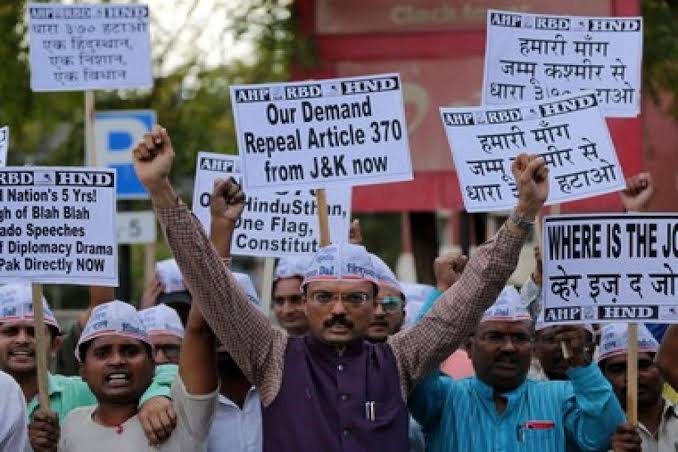 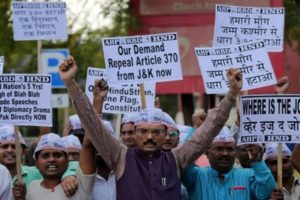 Union Minister for Home Affairs Amit Shah on Monday announced in the Rajya Sabha that Article 370 of the Indian Constitution is to be abrogated under the Constitution (Application to Jammu and Kashmir) Order, 2019 signed by President Ram Nath Kovind. This Gazette Notification (see below) states that, “[Constitution Order] shall come into force at once, and shall thereupon supersede [Article 370] as amended from time to time.”

This is a ‘temporary provision’ that serves the purpose of granting special autonomous status to Jammu and Kashmir, and makes special provisions for the state that are not applicable to other states.

Here’s a look at what the Constitution says:

Temporary provisions with respect to the State of Jammu and Kashmir

(1) Notwithstanding anything contained in this Constitution,—

(a) the provisions of Article 238 shall not apply now in relation to the state of Jammu and Kashmir;
(b) the power of Parliament to make laws for the said state shall be limited to—
(i) those matters in the Union List and the Concurrent List which, in consultation with the Government of the State, are declared by the President to correspond to matters specified in the Instrument of Accession governing the accession of the State to the Dominion of India as the matters with respect to which the Dominion Legislature may make laws for that State; and
(ii) such other matters in the said Lists as, with the concurrence of the Government of the State, the President may by order specify.

(3) Notwithstanding anything in the foregoing provisions of this Article, the President may, by public notification, declare that this Article shall cease to be operative or shall be operative only with such exceptions and modifications and from such date as he may specify:

Provided that the recommendation of the Constituent Assembly of the State referred to in clause (2) shall be necessary before the President issues such a notification.

In October 1947, the then-Maharaja Hari Singh of Kashmir signed the ‘Instrument of Accession’, which specified three subjects on which Jammu and Kashmir would transfer its powers to the government of India: 1. Foreign affairs, 2. Defence and 3. Communications. In March 1948, the Maharaja appointed an interim government in the state, with Sheikh Abdullah as the prime minister. In July 1949, Sheikh Abdullah and three other colleagues joined the Indian Constituent Assembly and negotiated the special status of Jammu and Kashmir, leading to the adoption of Article 370.

Therefore, the Parliament needs the Jammu and Kashmir government’s nod for applying laws in the state — except defence, foreign affairs, finance, and communications.

What is the impact of abrogation?

According to Live Law, “[S]uch abrogation would revert the relationship between Jammu and Kashmir and India to the terms of the accession instrument and confine New Delhi’s jurisdiction to only matters of external affairs, communications and defence and ancillary matters, with the rest of the matters falling within the jurisdiction of the current constitutional polity of Jammu and Kashmir.”

How this pans out in practice remains to be seen.