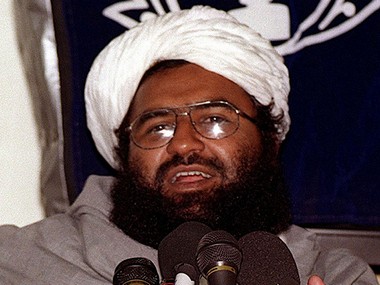 “Like lips and teeth,” gushed former Pakistan president Mamnoon Hussain over his country’s relationship with China. “Higher than mountain, deeper than the ocean, stronger than steel and sweeter than honey,”  former prime minister Yusuf Raza had said on the same issue in 2010. Ever since 1962, there has been no romance Pakistan has spent more energy on than this one: “Iron Brother” is its biggest single source of Foreign Direct Investment, military equipment and, perhaps as important, strategic support.

Islamabad will, therefore, be more than a little worried at Beijing’s decision to back a United Nations resolution designating Jaish-e-Mohammed (JeM) chief Maulana Masood Azhar a global terrorist. For decades, it has counted on China to shield it from international heat; now, that appears to have changed.

New Delhi is entitled to savour the diplomatic victory — but it’s important to understand it’s one of less consequence than it might seem at first. First up, the more breathless pronouncements by television anchors notwithstanding, Azhar’s blacklisting doesn’t actually require Pakistan to prosecute him. Resolution 1267 only calls on United Nations member states to “freeze the assets of, prevent the entry into or transit through their territories by, and prevent the direct or indirect supply, sale and transfer of arms and military equipment to any individual or entity associated with al-Qaida.”

Azhar, in so-called preventive custody since the attack on the Indian Air Force base in Pathankot, hasn’t travelled outside Pakistan since he was released in the Kandahar hostages-for-prisoners swap in 1999 — wisely, since this would lead to his immediate arrest.

Perhaps more important, Pakistan continues to hold on to the fiction that Azhar has no assets that can be confiscated: legally, his JeM has been a banned organisation under the country’s own laws since 2001.

That ban hasn’t, of course, stopped it from building a nationwide network of seminaries and training facilities — some, as Firstpost revealed earlier this year, owned by his brothers — but given much of the organisation’s financing operates outside banking channels, an asset freeze will be hard to enforce.

From India’s dismal experience with Lashkar-e-Taiba chief Hafiz Muhammad Saeed, blacklisted under the same resolution after 26/11, India knows not to expect too much. Even when international pressure has led Pakistan to take some action against Saeed, Pakistan’s courts have stepped in to protect him.

The story is much the same for other proscribed organisations: long blacklists haven’t degraded either al-Qaeda, or a Taliban which is resurgent across Afghanistan. The truth is, international law hasn’t been that much use in the so-called war against terror.

But the big picture is changing — and with it, the stakes for Pakistan. First up, the skirmishes after Balakot have made clear to Beijing that terrorism against India can also threaten its own interests. The American Enterprise Institute estimates China now has some $27.1 billion invested in India, and another $57.95 billion in Pakistan — investments that would be seriously damaged if the two countries went to war.

Faced with a growing tide of fighters from the troubled Xinjiang to jihadist groups, China has long seen Pakistan’s army as a reliable partner. Now though, it understands that this relationship also comes with costs.

There are higher than even odds India will return the blacklisting favour to Beijing by reining in the more visible activities of Tibetan nationalist groups — something there have been signs of in recent months.

Even more important, Pakistan itself is in serious trouble. In May, the country had to demonstrate compliance with a 200-point checklist on terror financing from the multinational Financial Action Task Force, or risk being placed on a blacklist that could impose costs of up to $10 billion a year. Failure to act against the Jaish is among the key issues in the FATF process, so Pakistan will have to demonstrate progress.

In addition, Pakistan is desperate for a bailout by the International Monetary Fund — which is, however, insisting it commit to a severe regimen of subsidy cuts and tax hikes. Taking action against terrorism, Pakistani diplomats hope, could ease some of the terms of the deal.

This doesn’t, of course, mean that Pakistan’s jihad-addicted army will shut down its clients — at least, just yet. In 2002, facing similar pressures, General Pervez Musharraf’s government put the lid on anti-India terror, but it was steadily ratcheted up again five years later, when circumstances improved.