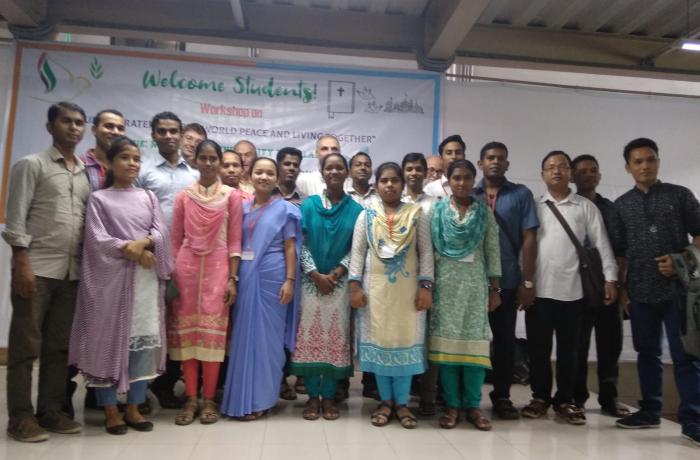 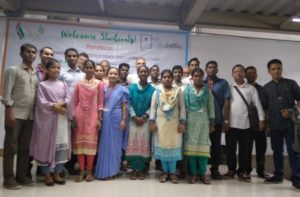 The PIME missionary promoted an interfaith meeting with young Bangladeshis. Inspired by the Abu Dhabi document, human brotherhood was the topic of the event. Religion is being used for “terrorist purposes”. The encounter between different religious experiences does not entail denying oneself but can “help understanding and real peaceful coexistence”.

Dhaka (AsiaNews) – The dialogue between Christianity and Islam “should not eliminate differences, but start from them. By being faithful to one’s tradition, we can stimulate one another. What is more, differences notwithstanding, we cannot use faith to destroy and hate the other,” said Fr Francesco Rapacioli, a PIME[i] missionary in Bangladesh.

On Saturday, an interfaith and ecumenical meeting was held in Dhaka, which Fr Rapacioli organised, bringing together young Christians and Muslims “in equal numbers”. The topic of the event was “building fraternal relations, whilst admitting differences, among young people who are used to living together”.

The starting point was the ‘Document on Human Brotherhood’ released last February after the meeting in Abu Dhabi between Pope Francis and the Grand Imam of Al-Azhar Ahmed el-Tayeb, which was inspired by a meeting 800 years ago between Saint Francis of Assisi and the Sultan of Egypt Al-Malik Al-Kamel. For Fr Rapacioli.” This is a document that cannot fail to provoke both communities”.

Another point “was offered by the letter of 138 Muslim scholars to Christian leaders and to the then Pope Benedict XVI, in 2007.”

The event was sponsored by the Shalom Movement, to which Fr Rapacioli belongs, together with the Episcopal Commission for Christian Unity and Interreligious Dialogue, Dhaka University (a public institution), the Major Seminary, two Protestant theological schools, houses of spiritual training and (PIME) Brother Lucio Beninati’s association to ‘Serve street children’.

In all, “we were 120: around 110 university students (18-24 years) and 10 organisers,” said Fr Rapacioli. Sr Annamaria Panza, provincial councillor of the Missionaries of the Immaculate (a congregation associated with PIME) and a member of the Shalom Movement, said that the participants met in eight mixed groups.

“Interesting ideas emerged” from their exchange, the nun noted, like “the importance of knowing and respecting other religions, starting in elementary school, as well as fostering interfaith friendships and meetings that offer the opportunity to get to know each other.”

Young people “admit that religion has been exploited politically for terrorist purposes,” Fr Rapacioli explained. “For this reason, they believe that it may be even more useful to pray for people whose faith is different from their own”. Similarly, they stressed the role of “education, which serves to eliminate prejudices, helping street children, which is a powerful tool to help others because we give ourselves freely for the benefit of the marginalised.”

“There is a fundamental misunderstanding when dialogue is discussed,” noted the PIME missionary.” Some argue that we are all the same. For me, this is not the case: Christianity and Islam are different, starting from their belief, rituals and ethics. For example, for Muslims, Jesus is just a prophet; for us instead he is the Son of God. For Islam and Judaism, our profession of faith is a blasphemy, as is our fundamental dogma which is the incarnation of God and the Trinity in one.”

The main point “is to seek some convergence between us, because the true encounter does not happen regardless of differences but starting with them. We must not deny our cultural, ethnic and religious identity. Otherwise we risk having a kind of watering down with which nobody really identifies.”

“We are different and we must be able to express our differences. The great challenge of dialogue, which is also opportunity, is for our differences not to constitute an objection to living together. Where instead one seeks to minimise, water down, or relativise differences, there is no real service to an encounter between people.”

The encounter between different religious experiences “that do not deny themselves can help understanding and real peaceful coexistence”.

Events like the one just held, “are an investment without immediate returns,” said Fr Rapacioli, “insofar that we will not be able to see the fruits of it on the short tun. Yet, we shall continue to sow.” (A.C.F.)