Home CRITICLES German Chancellor: If you do not want to organize “Islam conference”, then... 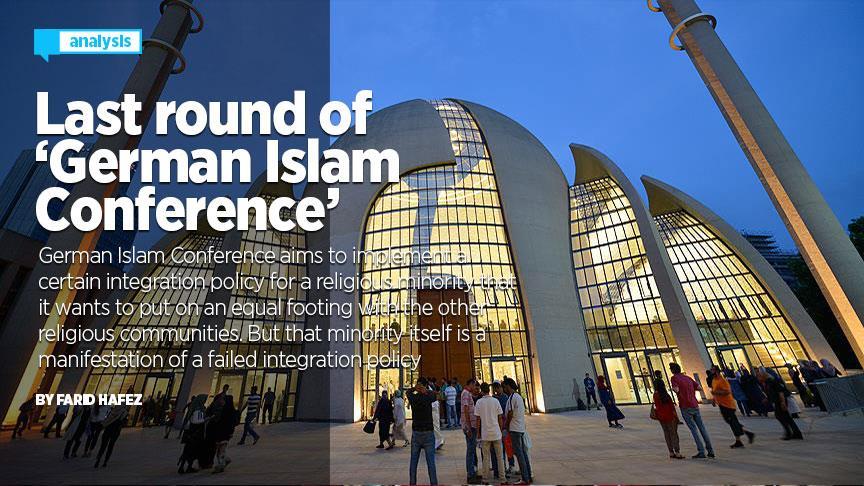 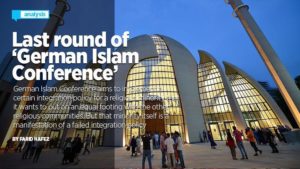 – The writer is a political scientist and senior research scholar at Georgetown University’s The Bridge Initiative at the School of Foreign Service.

The fourth German Islam Conference (Deutsche Islamkonferenz, or DIK), which has been frequently organized since 2006, has been a media gateway that only brought into question an institution that lacks the support of organized Muslims who serve the religious needs of Muslim believers.

When in 2006, the then-Minister of Interior Wolfgang Schäuble initiated the ‘German Islam Conference’, many representatives of Muslim religious organizations hoped to become part of a structured dialogue that would accord Muslims the same rights that members of other churches and religious communities enjoy. In Germany, legally recognized churches have privileges such as organizing religious classes in public schools as funded by the state and other similar privileges in the fields of education, welfare or philanthropy. But Muslims soon realized the challenges that came with the newly created institution. It has not changed the fundamental attempt made by Muslims since the 1950s to become recognized as a religious community on an equal footing with other religious communities.

As social scientist Luis Manuel Hernández Aguilar showed in his analysis of the DIK, its proclaimed aim was the so-called “integration” of the Muslims living in Germany into German society as well as the institutional integration of Islam. Aguilar argues that the “goal to integrate Islamic institutions into existing institutional structures in Germany traps Muslim organizations in the paradox of suffering rights. On the one hand, they find it hard to refuse the additional rights associated with the institutional integration of Islam; on the other hand, integration is deployed as a site of control and regulation.” This critical assessment of the DIK allows Aguilar to conceptualize the DIK as a governmentality technique that is “based on the racial construction of Muslims as problematic and endangering the German nation from within.”

The last round of the German Islam Conference perfectly reconfirmed this assessment. Shortly before the conference started, a new initiative called the ‘Initiative of secular Islam’ was established as a new platform gathering many well-known individuals that are important actors in the public discourse on Islam in Germany. Among them are prominent Islamophobes such as Seyran Ates, Ahmad Mansour, who is also a senior policy advisor of the European Foundation for Democracy, and Necla Kelek. A social scientist from Free University of Berlin, Schirin Amir-Moazami, criticized the initiative for adopting a pattern of “good vs. bad Muslims”, according to which only followers of their understanding of Islam would be the good ones, while all the others were backward.

Other similar platforms such as the Muslim Forum of Germany, founded by the Christian-Democratic Konrad Adenauer Foundation, which operates as the think tank of the governing Christian Democratic Party, have meanwhile become quite inactive and thus meaningless.

Symbolically, the fourth German Islam Conference had a difficult starting point. It was inaugurated by Minister of Interior Horst Seehofer, the right-wing hardliner of the Christian Social Union. He had made headlines months ago, shortly after his swearing-in, by arguing that ‘Islam is not part of Germany’, a statement which he re-emphasized again at the beginning of the conference by arguing that countries such as Turkey should not send imams to German mosques. Chancellor Angela Merkel disagreed and argued that, since four million Muslims are part of Germany, so is their religion. But Seehofer insisted that Islam had played no part in informing German culture, historically speaking, thereby symbolically excluding Islam from the discursive construction of Germanness although he said he was not denying that Muslims were part of Germany. According to insiders, the former Chancellor Merkel had told Seehofer that if he did not want to organize the Islam conference, then she would do it. This would have been a step forward anyway in that it would move the issue of Islam and Muslim life from the Ministry of Interior, which is connoted with security and threats, to the Federal Chancellery, which is comparably neutral.

The seemingly uninterested minister Seehofer then laid the basis for a scandal by creating what became known as the ‘Blutwurst-gate’. ‘Blutwurst’ is a cooked sausage made from swine blood, skin, bacon, pork, and spices. The German Islam Conference served Blutwurst and thus made clear that German politicians either do not know, or even worse, do not care about the dietary rules observed by Muslims. This detail, which had gone rather unnoticed, was made public by a German journalist with Turkish roots and described as an impious move. But this scandal quite openly demonstrated the contradictions of the German Islam Conference itself. It aims to implement a certain integration policy for a religious minority who it wants to put on an equal footing with the other religious communities. But that minority itself is a manifestation of a failed integration policy. Integration in a way means assimilation and is therefore everything but real equality. There is still a long way to go.