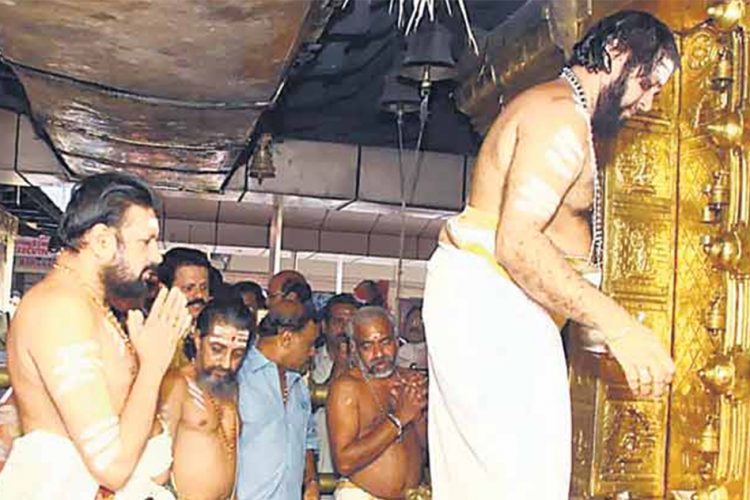 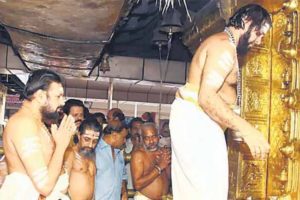 The Travancore Devaswom (Temple) Recruitment Board (TDB) has led the way for social inclusion in Kerala as it shortlisted 36 people from the Dalit and Backward communities as temple priests, said a report by the News18.

The Recruitment Board released the complete list of 62 priests on Thursday, all of them were chosen after necessary tests and interviews. In a first, the recruitment of priests are done on the basis of reservation norms, as it works in the case of recruitment of government staff. Total reservation for SC/ST and OBC is 32% and those selected under reservation will now be appointed in temples under Travancore Devaswom Board.

Among the number of 62 qualified priests, 36 are non-brahmins and 6 are Dalits. An official statement said that instructions had been given by Devaswom minister Kadakampally Surendran asking the board to comply with the merit list and reservations norms. The candidates were drawn from the merit lists without any bias whatsoever.

A written examination and an interview on the lines of those conducted by the Public Service Commission (PSC) was held to prepare for the appointment of the part-time priests, the release notified.

Sixteen candidates from non-Brahmin communities made it to the list in the merit category and the rest found a place on the list through the state-mandated reservation policy of 32 %, said a report by the English Manoramaonline.

This move will now pave the way for priests to be appointed at Sabarimala, which is under Travancore Devaswom Board. According to the current norms, only Brahmins can be appointed as priests and hold the distinguished position in the temple. A petition challenging the existing norm and demanding the appointment of Dalit priests is still pending in the Cochin High Court.

The recruitment board also said that priest appointment with the reservation for backwards castes will soon be made in temples under the Cochin and Malabar Devaswom boards.

One of the firsts

Board chairman Rajagopalan Nair said that it was the first time SC/ST and Other Backward Classes were given reservations in the recruitment of priests. “Earlier, we had some priests from backward communities who made it to the list through merit. The demand for reservation for Dalits has been persisting for several decades. Previous attempts to meet the demands have faced stiff resistance from certain quarters. But now we have made it a reality.”

In a first, this move comes in the wake of cases where priests are fighting the management over caste discrimination in, despite an order passed by the apex court.

This decision comes five years after the SC, in a landmark judgement, said that eligibility of priesthood should be the knowledge of rites and traditions, not the caste. The court was hearing a petition filed by Rakesh KS, who was not allowed to take up the post of a priest in the Neerikodu Siva Temple in Ernakulam, as he was an Ezhava.

Earlier, in June, another priest’s appointment was cancelled in Chettikulangara Devi Temple in Allapuzha, since he was a non-Brahmin. Sudhikumar, hailing from the Ezhava caste, was appointed as a Keezhshanti (junior priest). His appointment was opposed by the Hindu Matha Convention saying that his appointment would anger the goddess.

Sudhikumar challenged the cancellation of his appointment at the Kerala State Human Rights Commission. The Devaswom board, last week, appointed him as a junior priest. Soon after his appointment, a word was spread that he was allegedly threatened by the chief priest of Pathiyoor Devi Temple.

A month ago, a Dalit man in Telangana was not allowed to enter the temple and offer prayers owing to his caste. He has also been imposed a fine of Rs 500.

In a country where we come across rampant incidents of atrocities against Dalits doing the rounds in the newspapers, news channels and social media, such a move by the recruitment boards in Kerala is an extremely welcome one. It is an exemplary action where the entire country can learn from.

Dalits are not only being given fair work opportunities but they are also given posts that are revered by the masses. One might harbour the hope, that with such accommodative and assimilatory moves taken up by one state government, the entire country is expected to take cues from it and the rates of hate crimes against the Dalits will hopefully see a steep downfall. The Logical Indian community wholeheartedly appreciates such assimilatory moves taken up by the recruitment board.