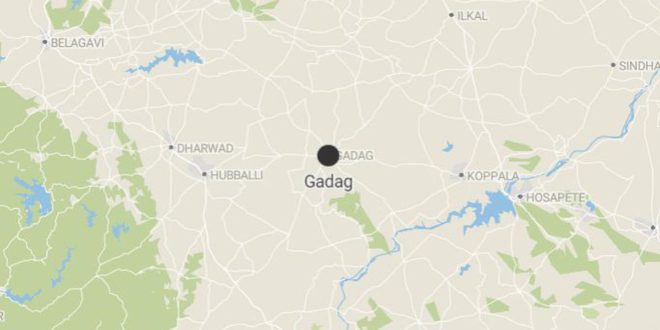 A Lingayat mutt in Gadag district of North Karnataka is set to make a Muslim man its pontiff, The Times of India reported on Thursday. Diwan Sharief Rahimansab Mulla, 33, will be appointed the head of the mutt on February 26.

Mulla said he was influenced by the writings of 12th Century reformer Basavanna and would work towards promoting the ideals of social justice and harmony.

“Basava’s philosophies are universal and we embrace followers irrespective of caste and religion,” Murugharajendra Koraneshwar Shivayogi, the present pontiff of the Khajuri mutt, said on Wednesday. “He had dreamed of social justice and harmony in the 12th Century and following his teachings, the mutt has opened its doors to all.”

Late Rahimansab Mulla, the father of Diwan Sharief Mulla, donated two acres to set up a mutt in Asuti village, influenced by Shivayogi’s discourses. Shivayogi said the Asuti mutt has been functioning for two to three years. He added that Sharief Mulla is dedicated to the teachings of Basavanna, and his father was also a staunch follower. Shivayogi said Sharief Mulla has been trained in the facets of the Lingayat religion over the past three years.

“I used to run a flour mill in neighbouring Menasagi village and, in my free time, conducted discourses on the Vachanas authored by Basavanna and other Sharanas of the 12th Century,” Sharief Mulla said. “Murugharajendra Swamiji recognised my small service and took me under his wing.”

Shivayogi said all devotees of the mutt have backed its decision to appoint Sharief Mulla the pontiff, despite he being a married man and a Muslim. “It is an opportunity for us to uphold Basavanna’s idea of a ‘kalyana rajya’ [welfare state],” Shivayogi added.