Home WORLD MAAT For Peace on the Russia-Ukraine crisis! 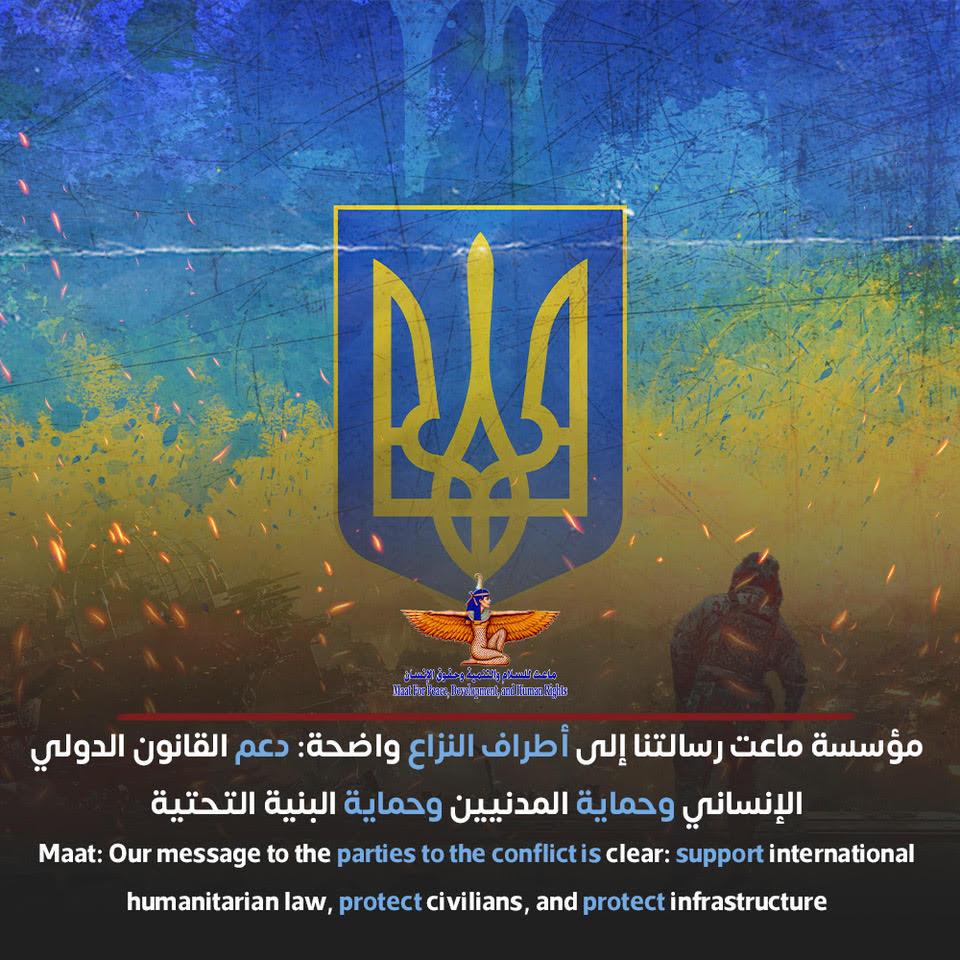 Maat: Our message to the parties to the conflict is clear: support international humanitarian law, protect civilians, and protect infrastructure

Nourhan Mustafa: The parties to the conflict are required to take all possible precautions to minimize harm to civilians and civilian objects

International humanitarian law, or the laws of war, protects civilians and other non-combatants from the dangers of armed conflict and addresses the hostilities – the means and methods of warfare – committed by all parties to the conflict, topped by the rule that distinguishes between combatants and civilians at all times.

In this context, Ayman Okeil, the international human rights expert and president of Maat, called on the international community to respond urgently to protect civilians, as the physical and psychological safety of civilians is in real danger in light of the escalation of military actions between the two parties.

For her part, Nourhan Mustafa, director of the International Humanitarian Law Unit at Maat, confirmed that the parties to the conflict are required to take all possible precautions to minimize harm to civilians and civilian objects, and demanded not to launch attacks that do not discriminate between combatants and civilians.