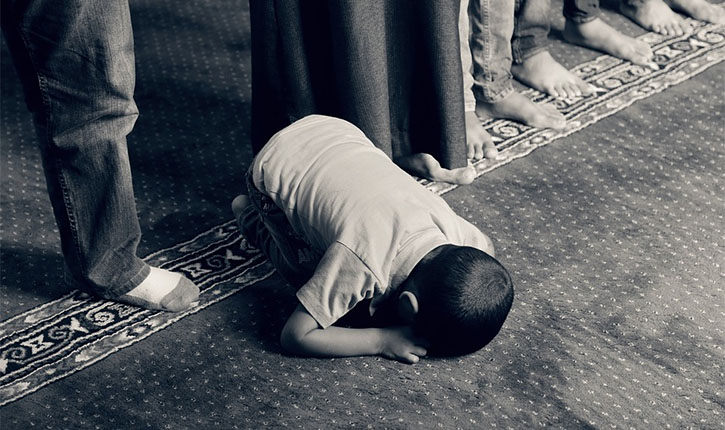 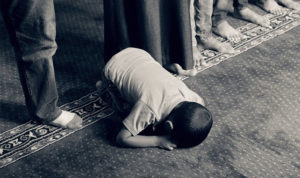 Mumbai: In a move to douse the controversy over Namaz being offered on roads, the Muslims in Lokhandwala area of Mumbai’s Andheri are offering Salah – the Muslim prayers, in 2-3 batches if there are more people gathered for the purpose.

“We are doing this since last 6-7 years. Whenever there are more people gathered for Namaz, especially during the month of Ramadan, we offer prayers in 2-3 batches instead of occupying roads for the purpose”, Sohail Masood of Lokhandwala Masjid said while talking to ummid.com.

“Lokhandwala Masjid is located in a market area and offering Namaz on roads would cause inconvenience to the people. It is hence we have decided not to offer Namaz on roads”, Sohail Masood, former employee of Air India who runs an NGO Dhai Akshar headed by his wife, said. The trust works for education and social upliftment of street children.

In yet another important decision taken by the mosque management, they do not use loudspeakers to relay Azaan – call to prayers.

“Ever since the establishment of the mosque, we decided that loudspeakers will not be used to relay Azaan”, he said.

“Eevrybody knows the Salah time table. In fact, people gather much before the scheduled time and offer Namaz in the mosque”, Sohail Masood said.

Sohail Masood had shared this experience at a meeting organised by Centre for Study of Society and Secularism, Mumbai on Monday. Muslim and non-Muslim intellectuals gathered under the platform “Indian Muslims for Democracy” hoped the Lokhandwala Masjid experience is repeated in other parts if possible. Centre for Study of Society and Secularism was founded by Asghar Ali Engineer and is currently being managed by his son Irfan Engineer.

Offering Namaz on roads has been a contentious issue in India and has escalated tension in some parts of the country ever since the BJP came to power in New Delhi and other states. Questions have also been raised over use of loudspeakers to relay Azaan.

Amidst the raging controversy over the matter, Maulana Khalid Rashid Firangi Mahali, a member of the All India Muslim Personal Law Board (AIMPLB), had on Monday said that prayers should not be offered by causing inconvenience to anyone.

“Namaaz is prayer before Allah. It is not right to offer prayers by causing inconvenience to anyone”, Firangi Mahali said but added that namaaz on roads was not a daily affair and happened only on Friday due to the rush.

“In some mosques, when there is no space left for people, they offer prayers on the road on Friday. But if anyone has any objection to it, then the people should make an extra effort to reach the mosque in time for it,” he said.

The twin move by Lokahnadwala Masjid can work as a guiding example for Muslims in other parts of the country. Commenting on the practices adapted by Lokhandwala Masjid management, Maulana Mohammad Iqbal Madani of Jamia Mohammadia Mansoora said there is no harm in offering Namaz in more than one batch owing to lack of space.

“There is no restrictions in Shariah to offer Namaz in more than one batch if a situation warrants”, he told ummid.com.

“Moreover”, he added, “Offering Namaz on roads, especially when it causes inconvenience to others, is not in line with the Islamic principles.”

“Islam never advises its followers to harm people in any way. Offering Namaz is obligatory and has a huge reward. If someone is offering Namaz by causing harm to others, he is not doing the right thing”, he said.