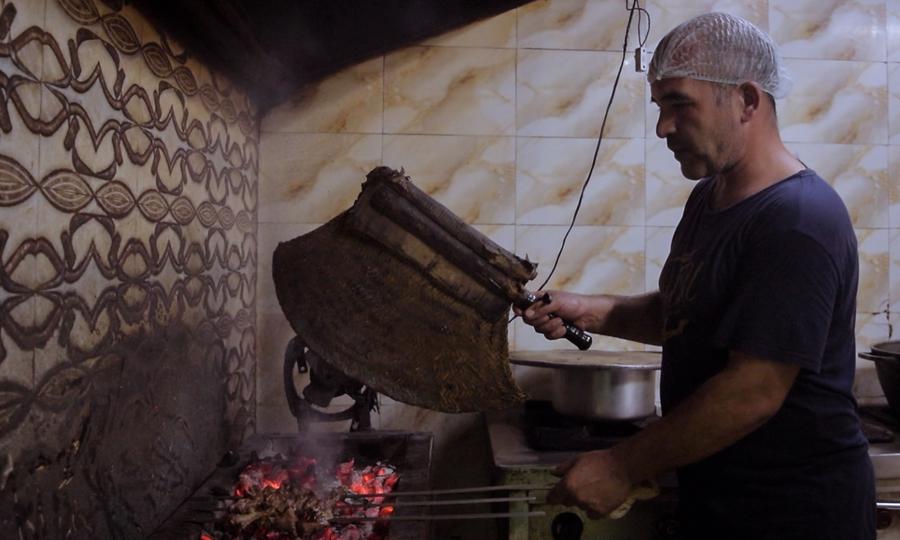 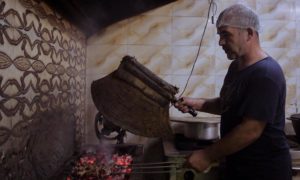 Fahim Ahmadi, a 34-year-old Afghan who has lived in India for three decades, has found a sense of home in the country and life has become comfortable and stable through his family business – running Afghan restaurants.

The popularity of Afghani food among both Indians and Afghani refugees living in India has helped him and others rebuild their lives from scratch.

Ahmadi and his two brothers run Afghan Darbar, one of the oldest Afghan eateries in the capital, New Delhi, the product of their decade-old labor of love. Its success and that of a handful of older Afghan restaurants has led to more people moving from Kabul to New Delhi and opening eateries.

Ahmadi’s family settled in India after they left Afghanistan in 1989 to get away from the fighting. In 1988, the Soviet Union pulled its troops out of Afghanistan, ending nine years of direct involvement and occupation. After the Red Army left, a civil war raged. It culminated in the US-backed mujahideen toppling the Najibullah government in 1992 and setting the stage for the Taliban’s takeover of the country in 1996.

Since the Soviet occupation, many Afghans left their war-torn land and moved to India in search of safety, security and a livelihood. There are more than 13,000 Afghani refugees living in India and registered with the United Nations High Commissioner for Refugees. Others displaced by war have fled to Iran and Pakistan.

The journey of Afghan Darbar is emblematic of how displaced Afghans have rebuilt their lives. Ahmadi’s father was in the trade of importing dried fruit from Afghanistan to India. As that became unsustainable amid political conflict and economic uncertainty, his brother had the idea of opening a restaurant to serve the local Afghan population in Delhi. Now at least 60% of their customers are Indian and the family runs two restaurants.

A large number of the refugees live in South Delhi’s Lajpat Nagar and it has become known as Little Kabul. Originally, after independence and the partition of British India in 1947, Hindu and Sikh refugees from Pakistan were given plots in Lajpat Nagar by the Indian government. The area was receptive to Afghani refugees as well.

“Around 20 years ago, the refugees who came during the civil war from Afghanistan to India settled in Lajpat Nagar. Then they gave the reference of Lajpat Nagar to their relatives when the new government came in 2004 in Afghanistan and more people started coming here. So this place became a hub for Afghan people,” said Ahmadi.

One of these was Atiqullah Pirzaada, who came to New Delhi for a visit in 2010. He ended up staying in Lajpat Nagar and saw a chance to set up an eatery there to provide respite to Afghans from the spicy, garam masala-laden Delhi food.

“Afghans do not get citizenship in India. So we run the restaurant in partnership with an Indian friend,” said Pirzaada, who heads the family-run Kabul Delhi Restaurant.

“Afghani food has a lot of flavor, but it is non-spicy,” he says, adding that Indians have grown fond of the taste.

Pirzaada and Ahmadi both highlight two dishes they say are stars of Afghan cuisine. These are Kabuli Uzbeki – a rice pilaf with mutton – and Chopaan Kebab. Both dishes are made in traditional ways by Afghan cooks with key ingredients sourced from Afghanistan.

The goat meat of the Chopaan Kebab is specially marinated with Anjeer or figs and grapes from Afghanistan to give it flavor and make it tender. The kebab is so popular that a newer Afghan eatery that has popped up next to Afghan Darbar has named itself after the delicacy.

The Kabuli Uzbeki pilaf, on the other hand, is a mildly sweet rice dish slow cooked with raisins, carrots and goat meat. The meat in the pilaf is boneless, unlike the Chopaan Kebab, and is extremely tender.

A unique practice common to all Afghan eateries is complimentary tea, bread and salad. With some dishes, like the Kabuli Uzbeki pilaf, Afghani bread and the sides of eggplants and kidney beans in tomato gravy are served as accompaniments. “You will not find this practice in Indian restaurants. It is an Afghani tradition,” said Pirzaada.

However, restaurant owners complain that most of their original meat dishes were made with lamb, which is expensive in India and not widely available. So they have to make do with goat meat and a lot of flavor is lost.

But for Indians who are getting introduced to Afghani food, it tastes perfect. Haider Shakir, who came to Delhi from Nagpur, tried Afghan food for the first time in little Kabul. “The Chopaan kebab was really good. The taste was really rich like what we expect of barbeques. The meat was tender, soft and cooked perfectly, with a lot of flavor of course,” he said.

Walking through the lanes of the area, the aroma wafting from an array of Afghan eateries transports people to Kabul. Pirzaada describes the place as a “home away from home” for Afghanis.

Afghan-run grocery stores and pharmacies, restaurants and street vendors dishing out Afghani delicacies line the roads. The stores, ran by Afghans or Indians, unmistakably have signage written in Farsi or Persian Dari alongside English. However, the Afghans there speak Hindi and Urdu.

The restaurants are interspersed with small food carts run by naanwais, orAfghani breadmakers, and burger sellers. The thick but soft Afghani naans and plain cakes are hot sellers for locals. Then there is the Bamiyan burger – an Afghani wrap filled with vegetables, egg, chicken or mutton kebabs and topped with a large portion of potato fries. It is popular street food from Afghanistan and is now popular in Lajpat Nagar.

Pirzaada says Afghans always come to India through New Delhi and the Afghani food and culture there gives them a sense of comfort in an otherwise strange land.

He pointed out that their food business was doing well in India. But it was also because Indians have been friendly and welcoming to Afghans for a long time. “Afghans stay happy in India. Now we see it as our country too,” he said.

The US has been seeking a comprehensive peace agreement with the Taliban to expedite its complete withdrawal from the country.

If peace comes to the conflicted country, Pirzaada says he would go back but keep running the business. “I hope the peace process works out within the next two-three years.”

Meanwhile, the Afghan restaurants of Lajpat Nagar stand to preserve memories of home as the people redefine their lives in a new land.