Home Uncategorized Is Sufism an alternative to political Islam? 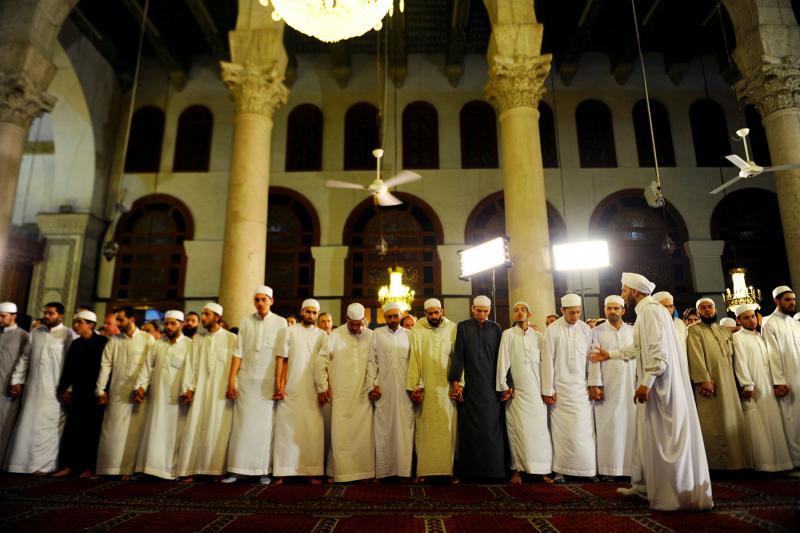 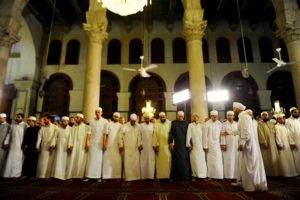 The current version of political Islam is losing ground because of the destruction, violence and terrorism it caused and because it sowed seeds of hatred and division in societies and between peoples. To prevent political Islam from regaining its influence by playing on contradictions and exploiting narrow agendas of some forces, the vacuum must be filled with a tolerant and rational version of Islam.

Many Western circles have become interested in the models of tolerant Islam in Indonesia, which are based on fundamentals of authentic Sufism. Those models appeal particularly to politicians who see them as capable of confronting extremist and militant movements. That has prompted some governments suffering from the scourge of extremists to give it attention and support.

Sufism in Islam is popular and has a broad presence among Muslims. Sufism embraces the essence of religion, which calls for peace and love among human beings and conceives Islam as a tolerant religion that renounces violence, accepts through its values ​​and intentions the principles of freedom and human rights and does not clash with progress and change that benefit humanity.

To be a Sufi means to rise above racism and sectarian rivalries and arrogance in the name of religion. Sufism rejects slogans such as “We are on the right path and everybody else is in the wrong” that political Islam used in trying to wipe out the idea of ​​brotherhood and social cohesion.

On the contrary, Sufism is open to everyone, regardless of their faith or ethnic origin: “Come, come. It doesn’t matter who you are or why you’re here” for all human beings are partners in seeking divine proximity.

A Sufi tolerates all religions, beliefs and ideas. He is like “the land that is trodden by the righteous and the evildoer and like the cloud that hovers above all and like the rain that quenches everything.”

A Sufi professes love for all humanity and this is exactly what the world wants and needs to weed out the Islamic models, given by the Muslim Brotherhood and the Islamic State, that nurture hatred and resentment in the name of religion.

Contrary to political Islam, Sufism passionately calls for the protection and preservation of the human species. It warns against the destruction of the human structure because its destruction amounts to demolishing God’s most complete and perfect image. Sufis care about every human being, regardless of his or her beliefs, and will always seek to protect the sanctity of life and property, for respecting others and sanctifying their well-being is akin to sanctifying the Creator and demeaning them is akin to demeaning Allah.

Sufism has taught large segments of the populations of Damascus, Baghdad and Cairo, for example, that God is everywhere and that believers should love Him more than fear Him. It is thanks to this Sufi heritage that these cities have not produced many fundamentalist figures in modern times.

Knowing one’s self as a human being before anything else is one of the cornerstones of the Sufi experience. It is the basis of all knowledge. Sufi literature states that man is a model for the universe and the main gateway to the knowledge of God.

Therefore, Sufi theorisation has delved deeply in the essence of humankind, trying to understand human qualities and behaviour to diagnose man’s shortcomings for the purpose of imagining therapeutic alternatives to correct his path towards salvation and finding God.

What is required is to combine the individual character of the Sufi experience with a collective societal character it lacks. There is a need to shift Sufism from a movement of self-knowledge and self-transformation in search of one’s salvation to a reform movement that affects the social reality through the return to noble values ​​and ideals, not because of a worldly need or because one’s desire to please authority or attain power but on the basis of one’s love for humanity and for one’s homeland and one’s desire to reform them for their own sake.

Many Sufi mystics are careful not to discuss their experiences and knowledge with people outside their circles. They tend to use coded messages and allusions to the point the meanings of their conversations are opaque to others. Sufi writing is also charged with strangeness and spiritual explosion as if the Sufi was writing for himself and creating his own special discourse.

Just as universities produce scholars and scientists in various disciplines who do their part in advancing their country, Sufism must do its part in nourishing and developing an individual’s spiritual, intellectual and moral abilities to become an active and reliable element of the society.

There is a need for a paradigmatic shift in the Sufi approach. Instead of attracting individuals and isolating them from society and helping them pursue spiritual salvation, Sufism must start focusing on the societal role of the Sufi.

The civilisational role of Sufism requires that it shifts its paradigms. Instead of building the spiritual and moral fibre of the Sufi individual for the purpose of freeing him or her from the shackles of reality and letting him or her fly high in the rarefied air of spirituality, Sufism should also start developing the individual for the purpose of walking with both feet anchored in reality and for reforming this reality.

Thus, Sufism will start producing creative individuals who will actively contribute to society’s renaissance, fully aware of their roles in the divine plan of giving them the responsibility of being God’s agents on earth for the purpose of colonising it and making it prosper.

There is room for having scholars and intellectuals specifically dedicating their efforts to transforming Sufism to a state free of eccentricities and charlatanism, as some have said. Their mission would be to redirect the Sufi discourse, energies and spiritual manifestations towards reforming and improving reality while preserving the ceremonial and folkloric manifestations of Sufism because they represent its biggest capital for attracting millions of people to Sufism.

Some scholars argued that Sufism is not suitable to compete with dynamic Islam because it focuses on being good to others and on worshipping the Almighty without giving importance to political gains. However, this is exactly what is needed and desired.

The Sufi current should not have political wings that would represent it, as was the case with political Islam in post-revolution Egypt. If Sufism is to achieve success as a reform movement, it must remain a purely independent social movement that cannot be politicised, nor should it be allowed to politicise religion and exploit it for political gain.

For Sufism to replace political Islam, which has exhausted its purposes and failed, its discourse must be rationalised and its performance must be developed so that it rises to become a national and societal project and not just an individual’s project or a movement’s project.

When this happens, individuals would flock to Sufi structures, not for the purpose of developing their individualities or serving a group but to serve society and participate in the renaissance of the whole umma, be it in the East or in the West.