Home Uncategorized (Israel/Palestine) The Tomb Of The Prophet Samuel Is A Mosque And Also... 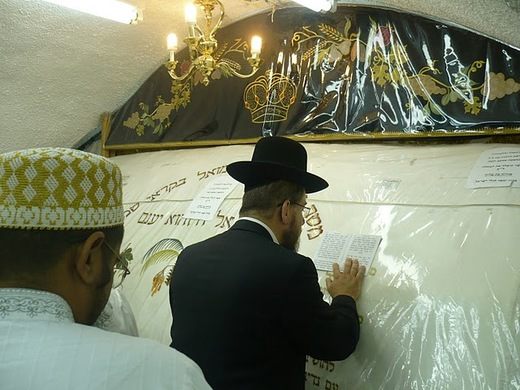 This is the Prophet Samuel Mosque (Nebi Samuel) located in Ramot, East Jerusalem. It is one of the holiest mosques in Islam, as it is also believed to house the tomb of the great Prophet Samuel. There is also a Synagogue underneath the Mosque, and both Jews and Muslims have happily worshipped there together for centuries. Ramot was once known as Rama, and the Prophet Samuel was born there. Yes, the Prophet Samuel is one of the great Prophets in Islamic beliefs, as is King David, and all of the Biblical Prophets. Muslims and Jews are both sons of Abraham, and both worship the exact same God, and they both follow all of God’s Prophets. The only difference is that Muslims follow Jesus Christ, whereas Judaism doesn’t.

Please see the below photos to see pictures of this beautiful Mosque.