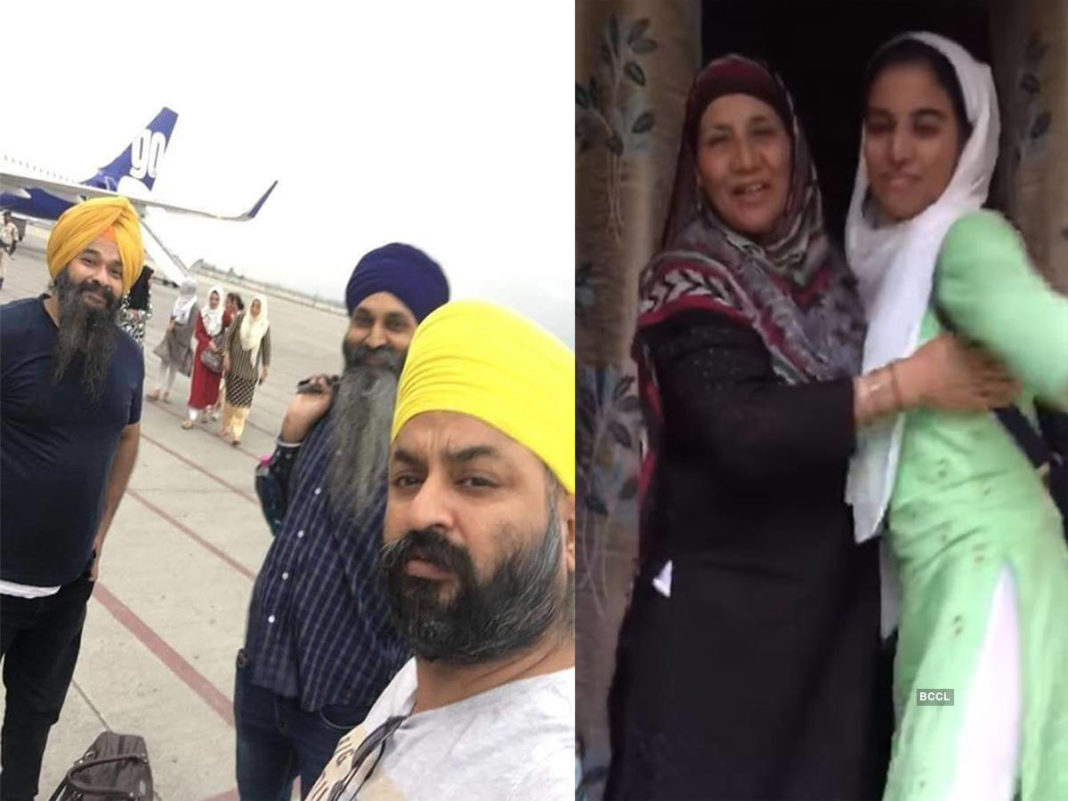 Corrected Update: (Monday, August 19): 32 Kashmiri girls studying in Pune panicked when they lost communication with their families post abrogation of Article 370 shutdown in Kashmir. The girls reportedly approached the Sangat (United Sikh Mission) –not the Sikh Gurudwara committee as reported in the media yesterday –for help in going back to their homes. It was the Sangat (not the Pune Gurudwara committee) who  booked the girls on a flight to Delhi. Not only that, they picked them from their hostels PGs etc and ensured their safe departure. At Delhi, other Sewadars took over. The girls were sent to Srinagar, a fewsewadars accompanied the girls on the flight.They personally ensured that each girl was escorted to her home safely across Kashmir. Wahe Guru, Wahe Guru  ਵਾਹਿਗੁਰੂ (Pronounced like “Wha-hay guroo”) !

We have all witnessed the humanitarian work done by Sikhs all over the world. From serving langar during floods in India, to feeding the Rohingya refugees, the principle of “Sewa” (service) is the essence of Sikhism. On August 10, 2019, 3 Sikh activists helped raise funds and escort 32 female Kashmiri students from Pune to their homes across Baramullah, Badgam, Shopian, Srinagar and Kupwara districts, when due to restrictions imposed on J&K during the abrogation of Article 370, the students lost touch with their families and wanted to return to them. 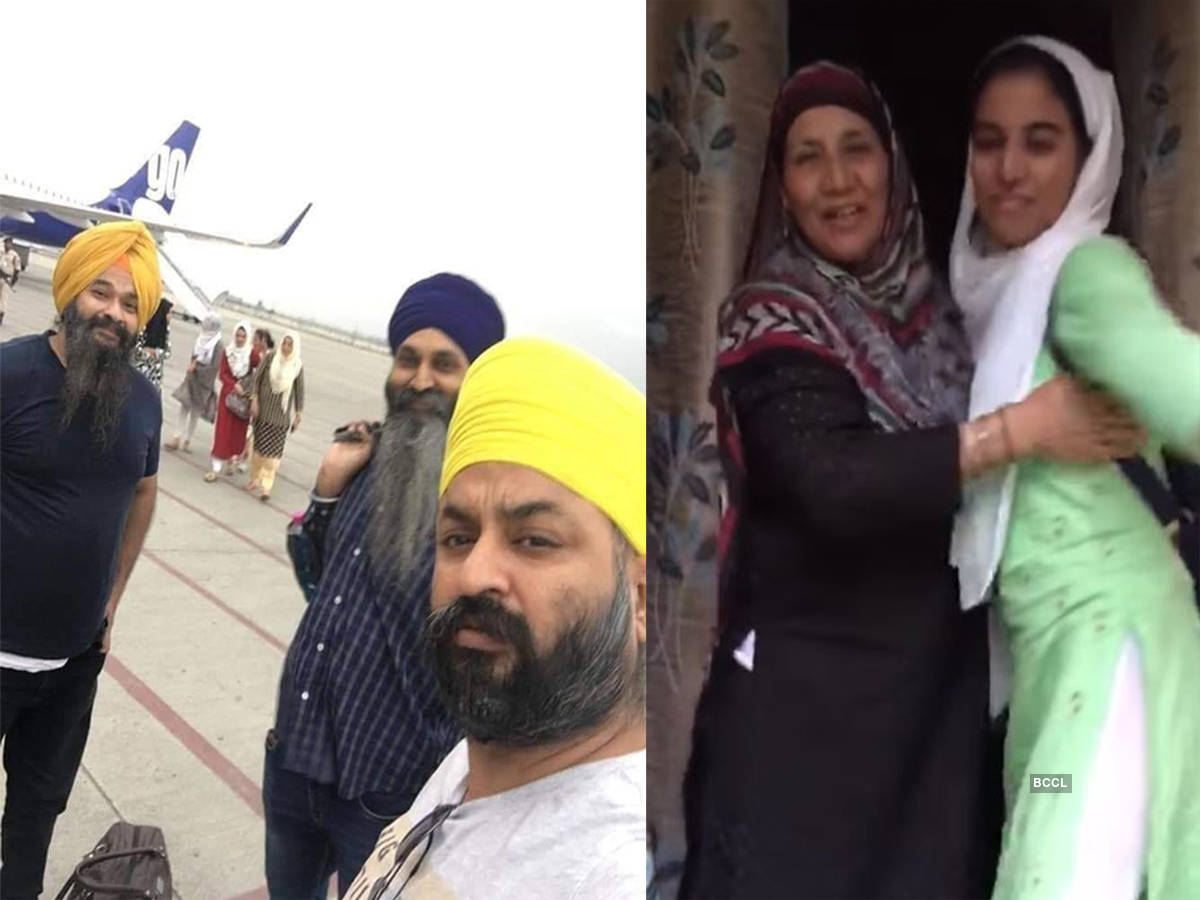 A sustained helping hand by Sikhs
Earlier this year, after the tragic Pulwama terror attack, angry mobs threatened the safety of Kashmiri students across the country. Sikh volunteers and organizations rose up to protect the Kashmiris, standing guard outside hostels, and helping Kashmiris travel safely back home. Khalsa Aid organized buses to evacuate more than 300 Kashmiri students to Jammu. Local Gurudwaras opened their doors and offered food and shelter to Kashmiris. Social media witnessed hundreds of Kashmiris thanking the Sikhs and offering them free services and hospitality.

With words of encouragement and bravery from his then nine-year old son, Guru Gobind Singh Ji (the tenth and last living Guru), Guru Teg Bahadur Ji told the Pandits he would travel to Delhi and take a stand for them. The Guru was arrested and brought to Delhi as a prisoner, he was subjected to torture to convince him to convert, but he refused saying, “For me, there is only one religion – of God – and whosoever belongs to it, be he a Hindu or a Muslim, him I own and he owns me. I neither convert others by force, nor submit to force, to change my faith.”

He refused to give up on his stance and defence of not just Sikhs but Kashmiri Pandits as well and was ultimately executed on November 11, 1675. He is honoured with the affectionate title of “Hind-di-Chadar” or the Shield of India because of his exemplary fortitude. In today’s world, scarred by religious fanaticism and intolerance Guru Teg Bahadur ji is truly a hero to be revered and emulated.

Why Sikhs serve humanity, not religion
When Sikh volunteers and organizations Khalsa Aid and United Sikhs stepped up to help the Rohingya refugees in 2017, providing emergency relief supplies – clothes, water, food, jaggery and vegetables to the Rohingyas, many people questioned why Sikhs were helping Muslims when they had a history of being persecuted by some Mughal rulers. But once we delve into the history and teachings of the Sikh Gurus, we understand the service spirit of Sikhs is not limited by religious identity, economic differences, caste, or language. As the religious book Guru Granth Sahib says, “Nanak naam chardi kalaa, tere bhaane sarbat da bhalaa” (Nanak, with you name, comes prosperity, and with your blessings, may there be peace for all). The phrase “Sarbat da bhalaa” ends the daily prayer of Sikhs, inspiring them to wish peace and prosperity on every being on earth.

The Gurus left Sikhs with a legacy of sacrifice and compassion for everyone, irrespective of religion, and this is a legacy they protect fiercely. This is why Sikh volunteers can be seen helping out during natural disasters, communal tensions, war, or even serving water during summer months to parched commuters.

Sikhs in Kashmir
As Indians grapple with the new reality of Jammu & Kashmir, we must remember the Kashmiri Sikhs who have persevered in the valley, living in close proximity with their Muslim neighbours. Despite being subjected to unprecedented violence in in March, 2000, the reason and perpetrators shrouded in mystery, most Kashmiri Sikhs still reside on their ancestral land in Kashmir due to a combination of economic and sentimental factors. As the future of Kashmir unfolds, we pray that the spirit of brotherhood prevails and the Sikh community can continue to live and preach communal harmony. They may be a micro-minority in the area being only 2% of the population, but their concerns and voices are important and should be heard.